What the actual hell is darkflow smoking? They completely pummelled the MP43 making the fully upgraded 62 bronze 6* MP43 the same as the pre-nerf 3* un-upgraded MP43 all because they decided to change its classification making it basically a carbine. M1 Thompson was left the same and so was all other competitors thus making the M38 40 actually more worth upgrading than the MP43 in its current state. Thats how badly the nerfed messed up

Typically I never even make forum posts since I don’t really see it doing much but clearly some people complained a huge amount about getting killed by the MP43 on here resulting in the hard nerf so maybe its worth a shot telling anyone listening how dumb of an idea this is. MP43’s are rare guns, they are insanely high level and will typically not appear in your average matches thus making their powerful impact not substantial to lower level players so why did they have to destroy its performance and removed the few remaining incentives to throw away my life into grinding 33 levels just for a gun type. Whilst being a very strong gun it wasn’t overpowered like some other guns are when viewed on the same level and in fact was incredibly fun due to its play-style adding diversity to the mostly boring “shoot enemy with FG-42, pick up ammo from ammo boxes, shoot enemy again with FG-42” cycle. The MP43 and Panther where the only things that brought me back to finish grinding the game and have kept me here since due to how they are reliably enjoyable weapons to fall back on when all else gets boring or irritating. So why in the hell did darkflow decide to give a top tier weapon that takes insanely high hours to grind the M1 carbine treatment relegating it to being just a bland mediocre top tier gun proportionally to guns in other campaigns, factions and levels. M1919 getting added in its current state was fine enough and despite being instantly the best MG in the game, I don’t have that much of a problem with it due to it being a unique and fun gun for any allied player as a reward for grinding out such high levels.

For the love of god darkflow, don’t nerf end game equipment to the ground for what appears to be no logical reason, leave the MP43’s stats alone and keep it that way in order to give players something to grind for otherwise they will just look at the weapon that performs nearly identically at 3* as it does at 6* only to be torn apart by FG-42’s, M2 Carbines, MG 34 with the Patronentrommel magazine, M1919 and even the M1 Thompson so as a result not really caring that much about it. Revert the changes back to having upgrades that allow for 9.6 hitpower (hell, I will even settle for anything in the 9’s, just not glorified .45 ACP), 690 rpm and 2.3 reload speed. This will most likely be my last straw before playing another game since the time invested just isn’t worth it at this point.

Their reasoning was because the vg1-5 not having the 15% rof and 20% damage upgrades and the STG fires the same rounds, they did this to m1 carbine too since m1 with HE grenades, and the m2 didn’t have those upgrade so they took them away.

I wasn’t surprised. The game has so far favored the Soviet side. This only confirms this fact.

Using the VG1-5 isn’t good justification since people also agreed that by nerfing that into the ground it killed the weapon. Whilst the same effect might not be as strong with the MP43, its still noticeable and quite frankly completely avoidable judging on the fact that we had the past few months of playing with a MP43 that the majority of people agreed to be fun without any serious problems so why smash it with a hammer now? Enlisted should absolutely not try to make all of their guns perform the same and instead focus on the complete opposite with each gun behaving in a more unique way but not out of character. The VG1-5 shouldn’t dictate how a different type of gun for a different class in a different campaign at a different level performs and neither should anything else.

Never said it was a good reason, but it is the reason they probably went with. However I do agree that the vg1-5 should be buffed to get the same upgrades as the STG and not the other way around

oh dear another weapon nerf is it me or is enlisted turning into heroes and generals ? :3

A nerf to rate of fire, weapon damage and to reload time.

One would’ve been understandable.

But all THREE at the same time is ofc ridiculous. Sadly it’s the way gaijin works if we look at how they used to “balance” WT.

Okay, like vg1-5, you get the same buffs. But, then shouldn’t mkbh42 have been configured as well? Could that have kept the 20% dmg buff? Why? The same ammunition, the same length of barrel … but even the rate of fire should be the same.
It has nothing to do with vg1-5.

Yes. Just found out and made a post about it 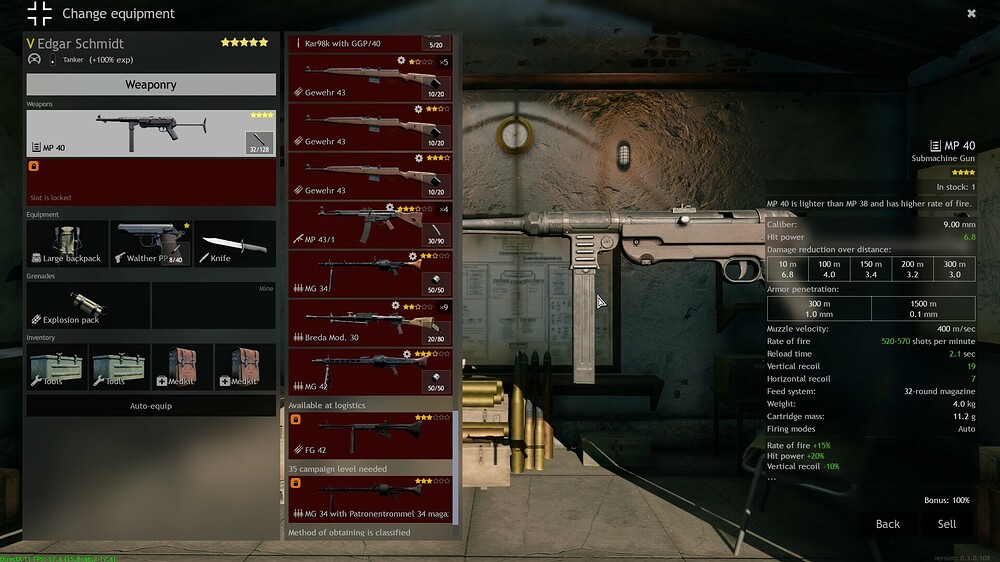 If he was on them, he was left on them. 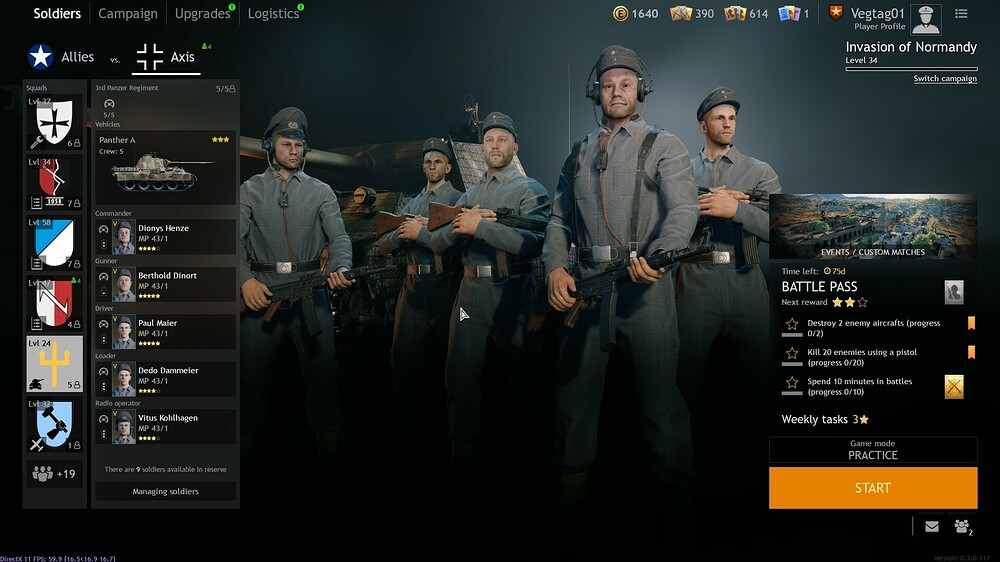 So if you remove it does it become locked out?

Damn I was too late

Honestly the only nerf I want for MKB/STG is to be removed the hell out of Moscow and Stalingrad, where they were not issued to troops. Gold order weapon for field testing is what they should be there.