The next Enlisted update featuring our new campaign is getting closer and in this blog about Stalingrad we will take you through all 26 campaign levels, with weapons, squads and vehicles. In addition, we’ll also run through all of the various weapon upgrades found in the campaign.

THIS IS YOUR ARMY

Both time-tested tools of war as well as brand-new weapons and vehicles will be waiting for you, and the many soldiers of Stalingrad will face their commanders in new uniforms. Let’s start with some of the most notable weapons and soldiers of the new campaign.

This powerful and accurate rifle is highly effective at range as well as close combat (if you switch to automatic mode). Two versions can be found in Stalingrad: one with a telescopic sight for snipers and a standard version with iron sights for other classes.

This American submachine gun was delivered to the Soviet Union as a part of the Lend-Lease program for every American tank supplied. The Soviet tank crews were not too keen on the weapon due to its size, but the assaulters and medics were more than happy to take the Thompson off their hands.

Also known as the “Kiraly”. This Hungarian submachine gun appears at level 21 for the German army. The long barrel and powerful ammunition offer higher damage potential when compared to lighter submachine guns, but you may find that your first encounter with the recoil will leave a pain in the shoulder.

If you’re able to tame this beast you will have an excellent assault weapon with high single shot accuracy, a high-capacity 40 round magazine and rate of fire close to the Soviet PPSH. The Kiraly also comes with two firing modes, automatic and semi-auto, making it a very dangerous and versatile weapon.

Neither side in Stalingrad is shy about using impressive weapons, even if they were recently in enemy hands.

One of the most famous Soviet submachine guns in the service of German assaulters. The high rate of fire and decent accuracy at close range makes the weapon very suitable for the sightlines of Stalingrad. Additional good news is that this version comes with a full-fledged drum magazine!

This Italian machine gun is just as effective in the hands of a Soviet soldier - especially in close-range urban combat, where its accuracy will really come into play. The only downside to the Breda is the rather limited 20 round magazine.

A French Attacker in service with the Romanian Air Force. Unlike many similar machines it comes with a defensive gunner as well as frontal armament. But the main advantage here are the two 200kg bombs, this combined with an experienced gunner at the rear makes the Potez a dangerous aircraft indeed.

The pride of Soviet tank engineering and one of the most unpleasant surprises for the Germans, who faced this impregnable fortress in the first days of the war. The KV-1 is notable for its all-round 75mm of armor, which will prove immensely useful in urban combat.

Red Army engineers in Stalingrad will be able to install legendary 1910 Maxim guns. The anti-bullet shield limits visibility, but can take several hits intended for the shooter’s head.

At the Battle of Stalingrad, soldiers were holding weapons that you are already familiar with from other Enlisted campaigns - that’s a historical fact. But this fact allowed us to take the time to improve the quality of old models and improve your overall experience with weapons.

We’ve worked extensively on improving the look of the weapons and their animations, worked on the recoil, recorded new sounds and modeled the original shot effects, which will differ depending on the type of weapon and its muzzle configuration.

From the good old Beretta M38, PPSH 41, Mosin carbine, MG 42 and many other weapon models, only their name remains unchanged. So here are a few examples!

This part of our work will be noticeable in all game campaigns. We took into account your feedback and reactions, and improved the flashes from the first presentation of Stalingrad! 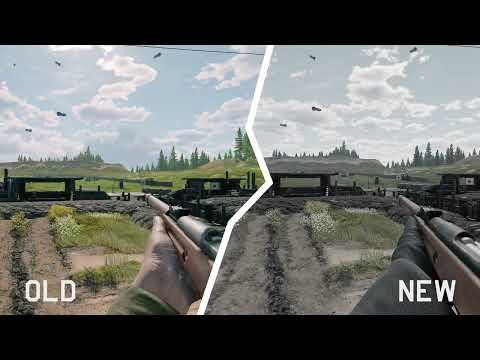 You’ll get through these levels very quickly if you own the full-access pack, but Stalingrad will also be open in free-to-play format: about 60% of the campaign levels will be available free to all players. Additionally, purchasing full-access at any point will unlock the contents of the levels you’ve already completed. 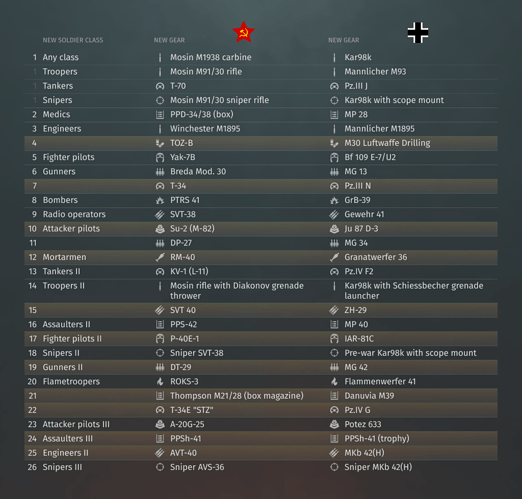 Marked levels are available only to the full access owners.

JOIN THE “BATTLE FOR STALINGRAD”!

In the new campaign, there are no more microtransactions. Instead, you buy a full-access pack once and get this completely unique combat experience forever: a 4x bonus to campaign and squad progression rates, and all the soldiers and weapons you’ve bought and received will arrive already boosted. We’ve covered this in more detail in a previous announcement if you’d like to check it out.

In addition to receiving full-access to the Battle for Stalingrad campaign, the set also contains pre-order bonuses that can’t be obtained after the campaign is released.

The Full-Access Pack will become available for purchase on consoles when the new campaign update is released. You’ll get the pre-order bonuses if you purchase the Full-Access Kit within the first two weeks of it going live on the console store.

Not the biggest fan of giving axis the ppsh

I know it is historically accurate, but i feel like the factions will feel to similar when the meta becomes ppsh vs ppsh

I know it is historically accurate, but i feel like the factions will feel to similar when the meta becomes ppsh vs ppsh

When we wrote this diary, I was shooting from Danuvia. I would take it instead of PPSh.

Just because she’s cool. And SMGs will become somewhat weaker in Stalingrad.

Nice to be right, suck i won’t be playing this campaign.

“few campaign levels will be locked”
11, including assaulter 3, engineer 2, and new flame tanks.

Out of 26 levels neraly half are locked, and You expect f2p to play and grind 3 times more?

Enjoy playing against bots, whoever preordeder. No sane f2p will play this. I won’t consider buying if we get bot matches only.

Will soldiers be able to resupply at allied ammo boxes if they use trophy weapons?

Overall it looks nice, locked levels are not essential ones and F2Ps will be able to stand their ground pretty well.

-MKb for all classes - do I really need to say what’s wrong with that? Don’t go further into full auto meta…
-more weapons from other Axis nations would be much better, but it’s nice that we’ll get at least something
-not a fan of captured PPSH, we really don’t need mirror equipment for both factions
-sadly no Stugs included…
-no info about upadating German MG nest to properly modelled MG with Laffette mount

But I see 2 different Mannlichers there, so that is definetely nice to see. 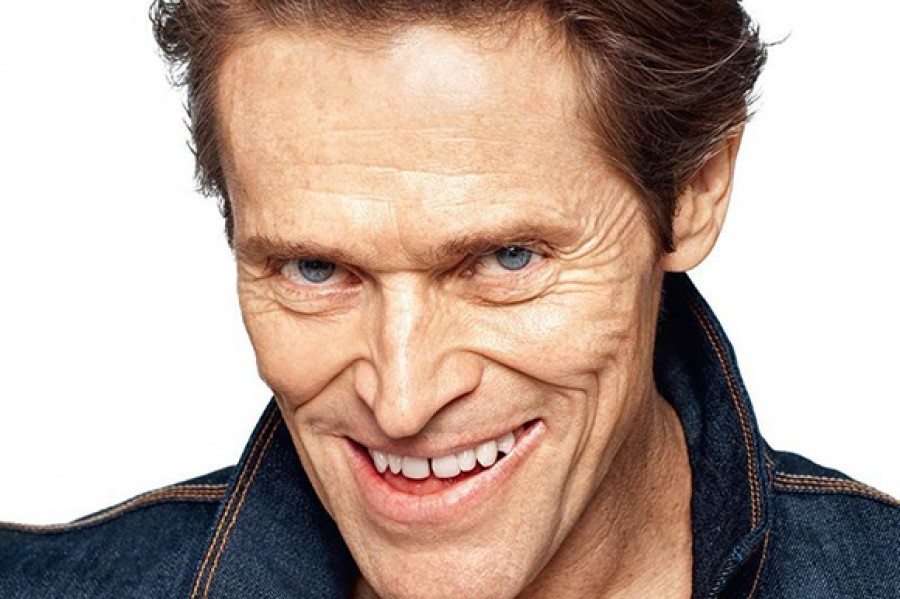 so the mkb is for troopers?

Mkb 42 is the new FG 42. Also 60% locked for f2p? Yikes! Too many captured weapons honestly, this is what y’all get for complaining about copy paste y’all.

any complaints are meet with, that’s because you complained gaslight.
stop pls.
forum is for feedback, we complain so game gets better

Can I get information on the new weapons of the existing campaign no later than next week?

I will gladly go to Stalingrad

so according to this (assuming squad compositions stay the same). as axis, you can have an assaulter squad with 4 ppsh, 2 mkb and one scoped mkb lol

Not only that, but basically a 9 man “assaulter” squad

Jokes aside, can we all appreciate that FINALLY one allied squad has his proper fixed mg not copy pasted by the german one?
I think we are still going to see “russian” flaks and paks, but hey, a step is a step

Lmao MKB42 for EVERYONE?? Why choose a bolt action then