Once the “Pacific Ocean” update is released, Enlisted will welcome you with some technical improvements as well. We’ve improved vegetation, smoke effects and all surfaces of water.

But before we tell you about the graphical improvements, we would like to go into some optimizations we’ve made to improve the usage of CPU resources on all platforms. Not only will Enlisted be more beautiful, but also more efficient! 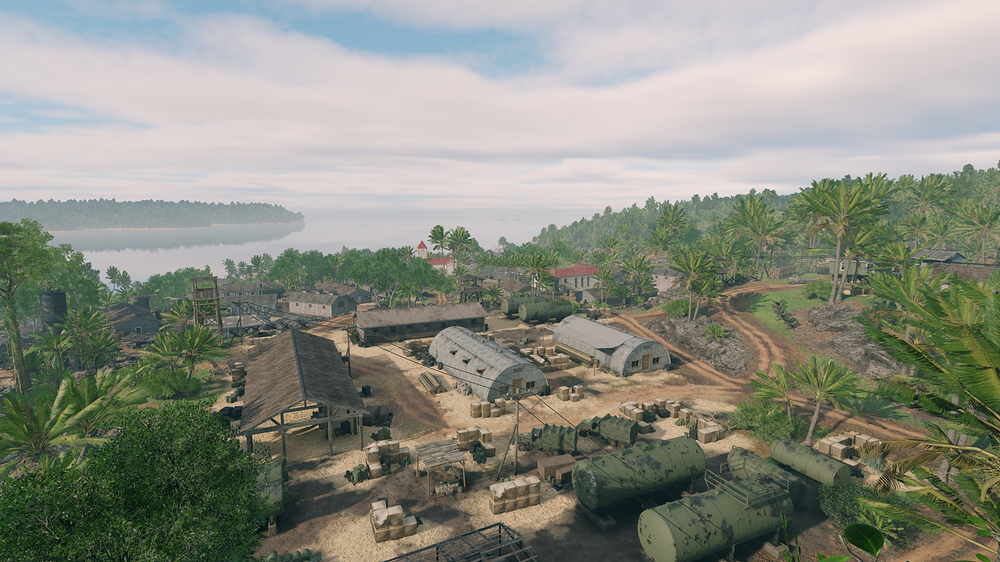 Each player of course manages a squad in Enlisted, and so there are hundreds of soldiers in the action at all times. In large-scale battles, you see hundreds of characters shooting, flying, and driving on the screen at all times.

Even before the start of the open testing we knew that a dynamic shooter requires high performance and responsive controls. From the very beginning, our primary goal was to give players good and dynamic gameplay without losing the impressive scale of the battles. That’s why Enlisted was initially released only on PC and next-generation consoles — at the time, these platforms supported a pretty steady 60 FPS. 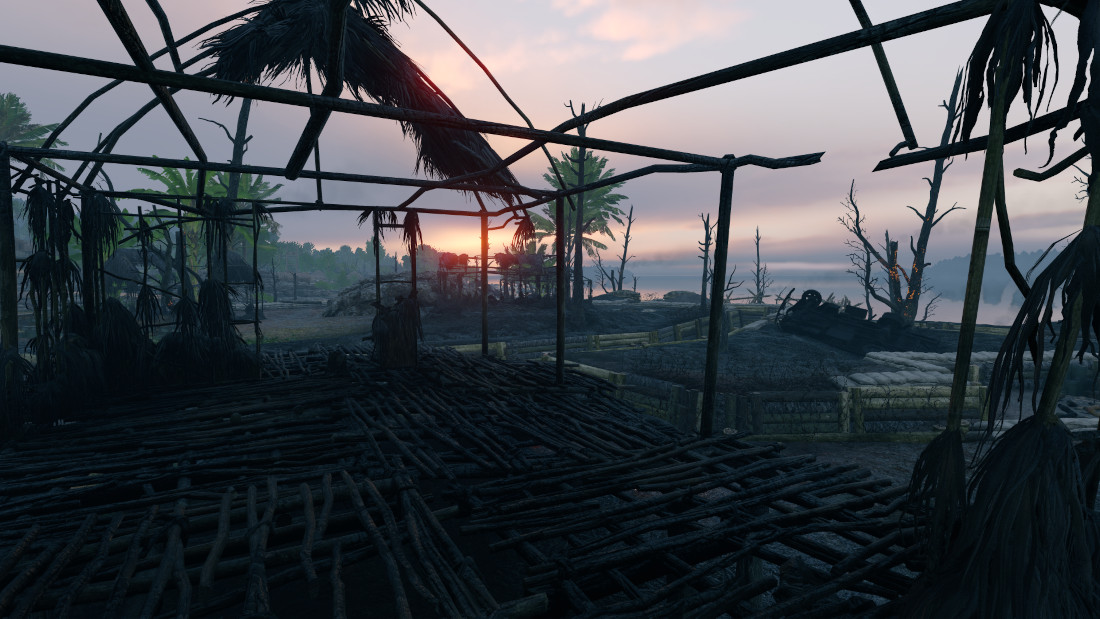 Inspired by the successful launch, we decided to expand the audience and introduce the game on the previous generation of consoles. This path was not an easy one however. To reach even 30 FPS, we had to spend multiple months working just on optimization alone — but as a result the game arrived on these platforms in Autumn of 2021. The requirements for a stable frame rate were strict, and we even limited some locations where the performance was below the stable 30 FPS mark. Obviously, we needed to do more, and we worked on it.

Part of what we’ve already achieved is that Xbox Series X shows a stable 120+ FPS in Native 4k UHD! But we want to see the same performance on other next-gen consoles (Xbox Series S and PlayStation 5), even with no Variable Refresh Rate. 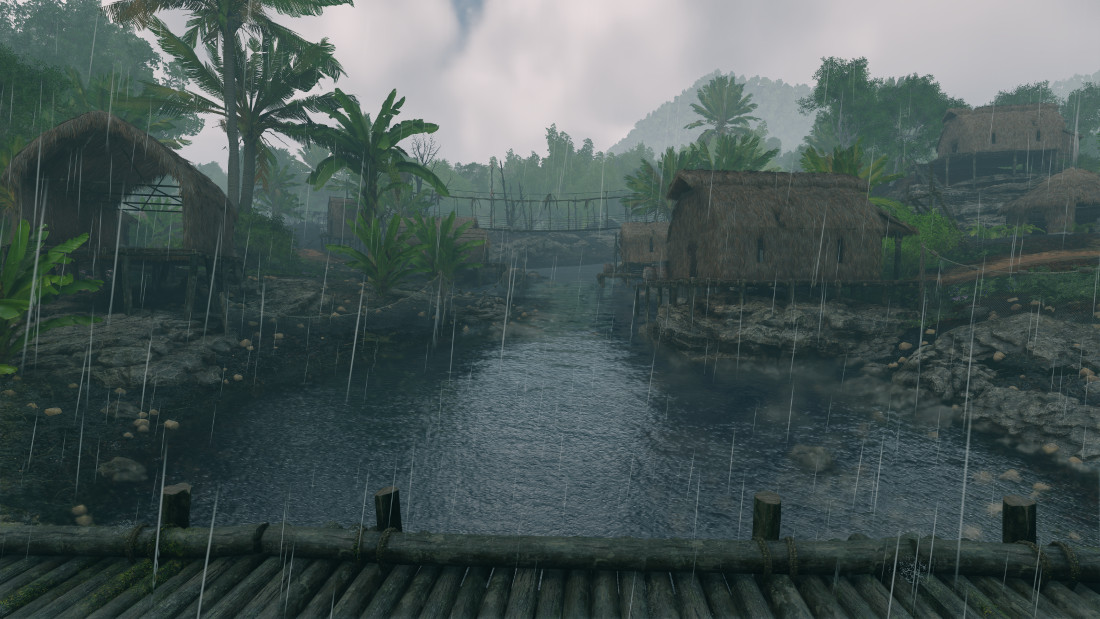 And of course, PC players will also feel the benefits of the work we’ve done, and many more, because the optimization on PC allows us to expand the audience of the game. Providing a game with a stable and comfortable FPS even on a comparatively weak notebook PC, or any other similar machine.

In addition to optimization, which improved the average FPS, we paid a lot of attention to eliminating “freezes” (some slow frames). As a result, FPS became not only higher, but also more stable, and this is no less important than the average frame rate in terms of enjoying the gameplay.

We managed to improve game performance without losing image quality or resolution, by improving how multi-threaded CPU resources are used, using memory caches more efficiently, optimizing for GPU architecture, as well as rewriting hot code into other algorithms or just assembly language. All cores are utilized up to 90%, and in no case did we sacrifice input latency or the quality of gameplay or visuals, so higher FPS means more responsive controls and more — not less, varied visuals. 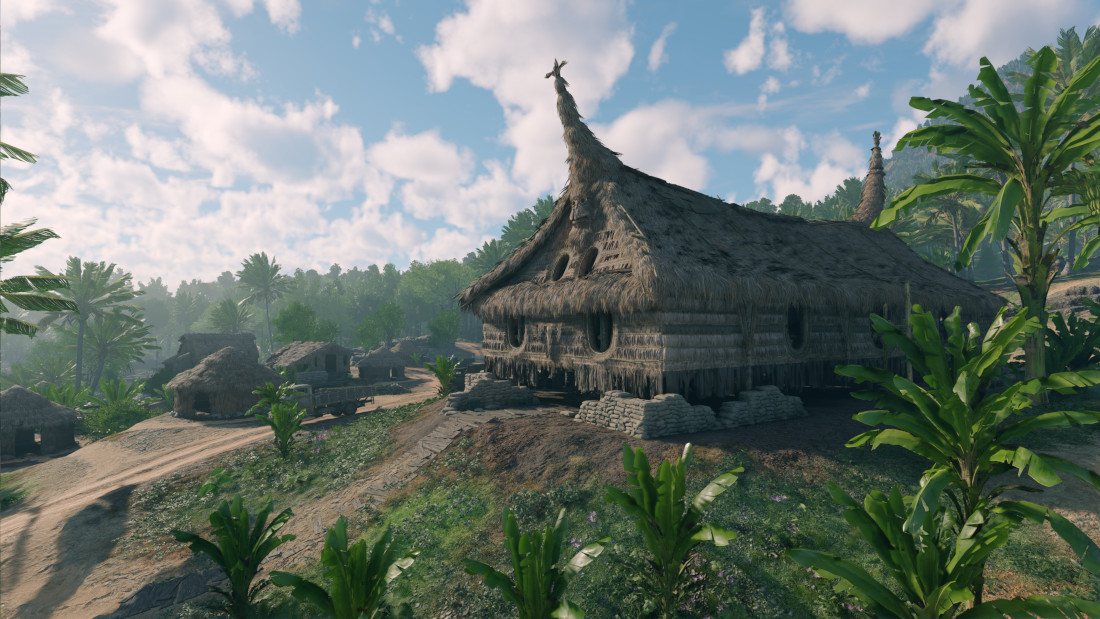 During the process, we also wrote new, better profiling tools, set up auto-testing, and dramatically changed the whole team’s attitude towards performance — it’s now a part of our development culture and an area the developers are really proud of.

A lot of the game systems have been heavily redesigned in a lot of different ways: 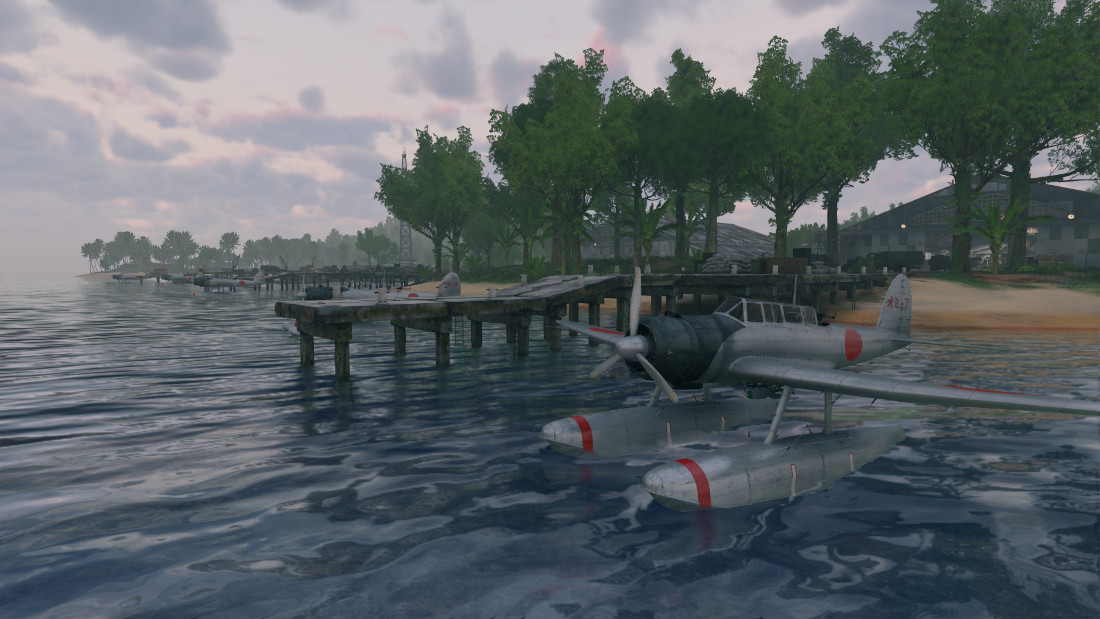 In the future, we’ve planned a further code improvement to achieve better utilization of the target platform’s resources, and to increase performance even more. We are confident that we will reach a stable 120 FPS on the two remaining current generation platforms (Xbox Series S and PlayStation 5) by this year (currently the average FPS on Xbox Series S in “High Performance” mode is 110 FPS, so less than 10 left to our goal!).

A steady 60 FPS on previous generation platforms seems to be an achievable goal as well. Right now, the average frame rate on the Xbox One is 52 FPS. Unfortunately, the previous generation lacks VRR support, so we still have some work to do here so that users can enjoy a stable 60 FPS. So far we have not applied dynamic resolution even on these platforms, but we probably will.

In the previous update we’ve also integrated VRR support in the game, and now, if your TV or monitor supports this technology, you can always play with the highest frame rate possible on PC, PS5 and the Xbox Series — without incomplete display artifacts.

In “High performance” mode the minimum frame rate on the PS5 is over 90 FPS (median frame rate is over 110), so VRR will help you enjoy the game even more.

If the game doesn’t reach 120 FPS at certain times, the frame rate will no longer be limited by 60 FPS due to V-sync, but will instead be as high as possible. On consoles you’ll need to enable VRR in settings, while on PC you’ll need to have hardware that supports VRR.

On the current top Xbox model (Xbox Series X) Enlisted displays a stable 120 FPS, and feels incredibly responsive with VRR, and even without it.

We’ve reworked trees that grow in the distance that help to create the forests on maps. Now they have more realistic shading. Also the trees now need less time to render in, which is another boon to the game’s performance. 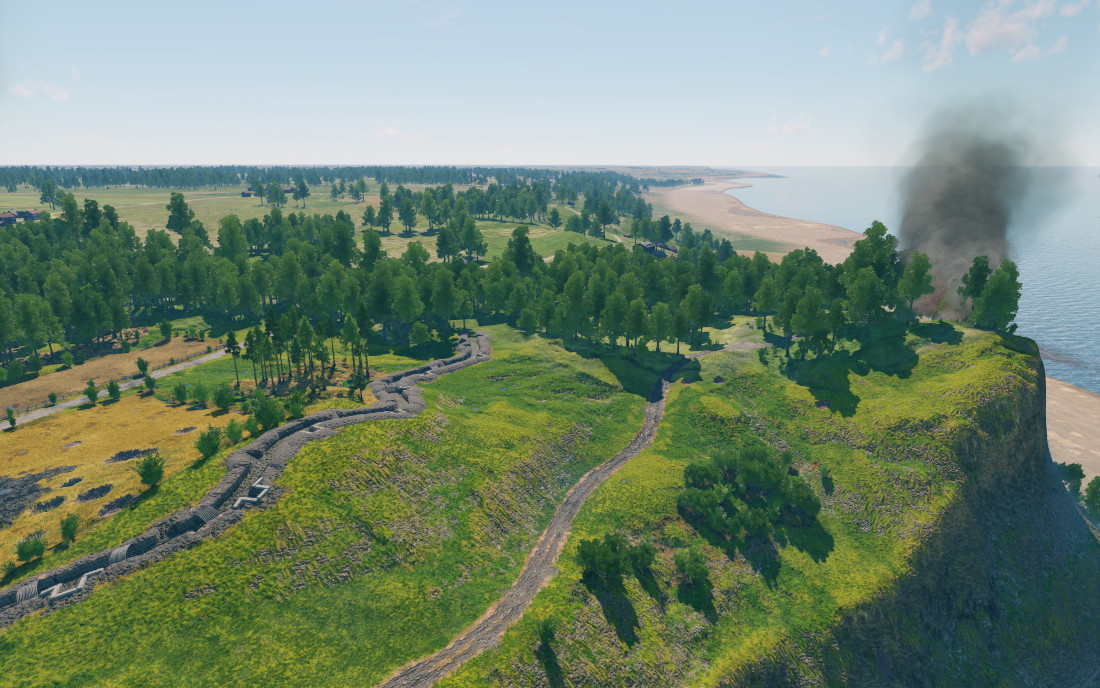 We’ve also added a setting to control the quality of fog. Before the game could only display fog close to the player, but now you can enable it for greater distances to enhance the atmosphere of battle even more. 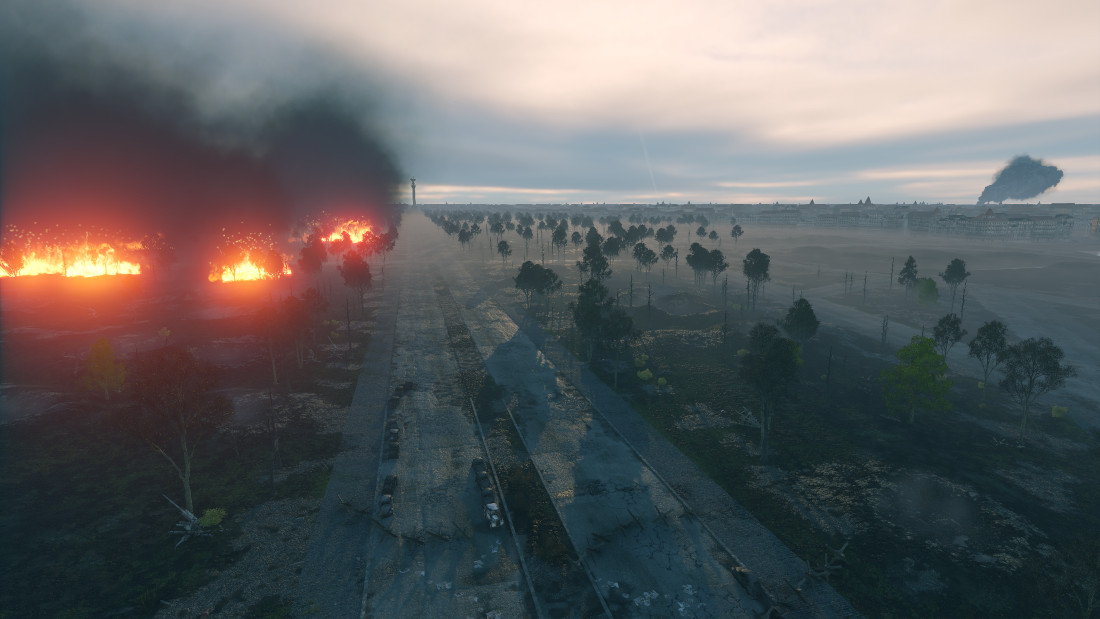 There’s a lot of rivers, lakes and open water in Enlisted — not only in the upcoming Pacific campaign, but even near snowy Moscow you may need to brave several water obstacles. Interactions with water play an important role in how the game feels, and we’ve got a full spectrum of improvements in this area.

The way the light interacts with the surface of the water and the rules of its refraction and dispersion under water are among the most important aspects regarding water surfaces in the game, and so we’ve done a lot of work on them. 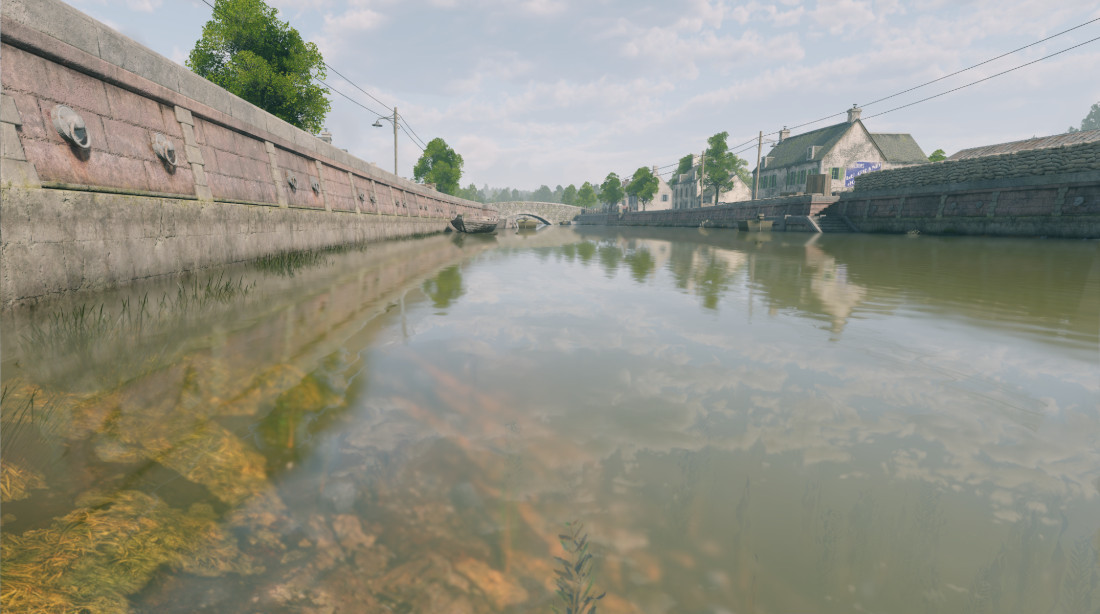 This and other similar details make Enlisted look more and more photorealistic. You’ll be able to notice them on large bodies of water, but also on smaller rivers and even puddles. Reflections will also impress the players who venture beneath the water’s surface: take a look at this bridge. 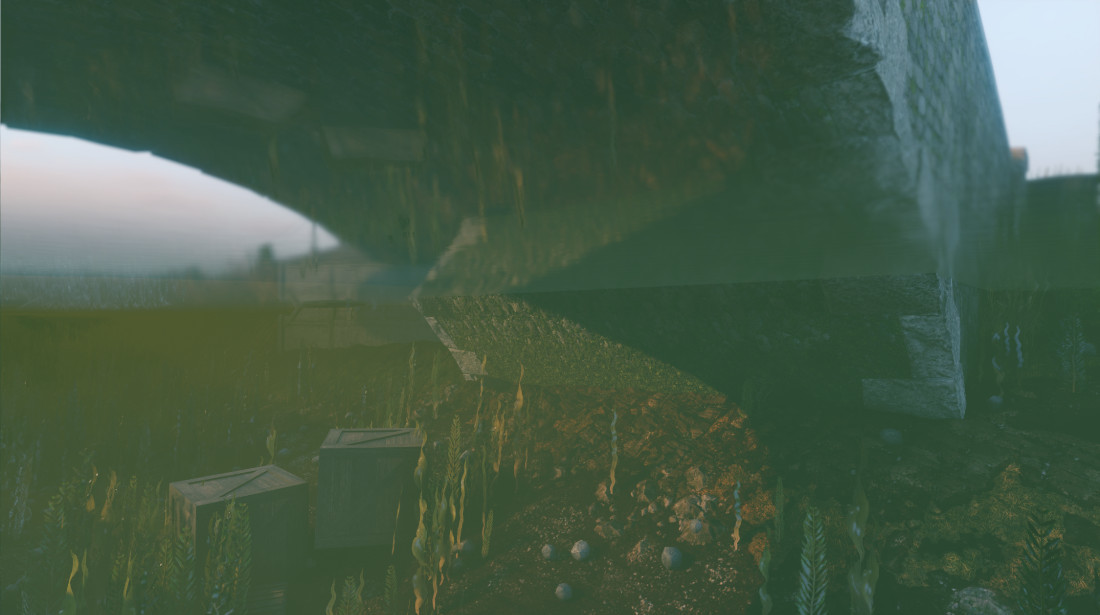 Our list of improvements isn’t over yet. We’ve added several rules that determine the way water interacts with the environment. During rainfall the surface will be covered in ripples from thousands of rain drops. The new technology allows us to show a wide spectrum of weather conditions: from the way small objects interact with water to accurately representing waves or creating a real storm. 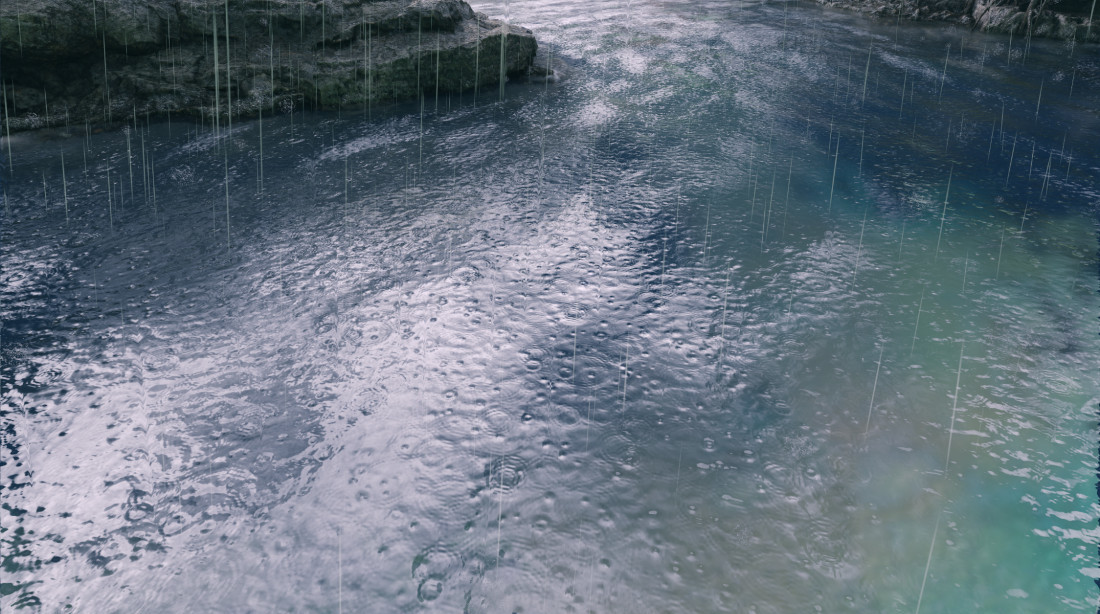 All manner of things will have a greater interaction with with water now, it goes without saying that vehicles driving across the shallows, the amphibious tank that’s fallen over into the water or a motor boat that sweeps by will leave strong waves, and in the places with the most intense interaction the water will foam too. 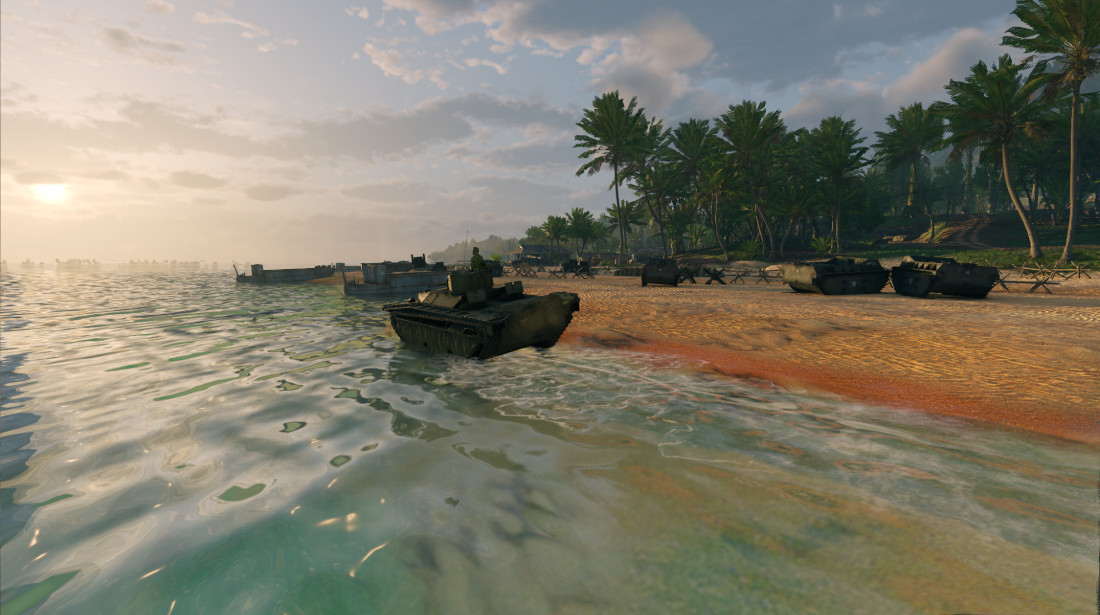 And finally. The new mechanism of the height map allows us to create separate reservoirs that aren’t connected to the zero point of the “ocean level”. This feature will be especially useful in the campaigns where the sea meets rivers and lakes. 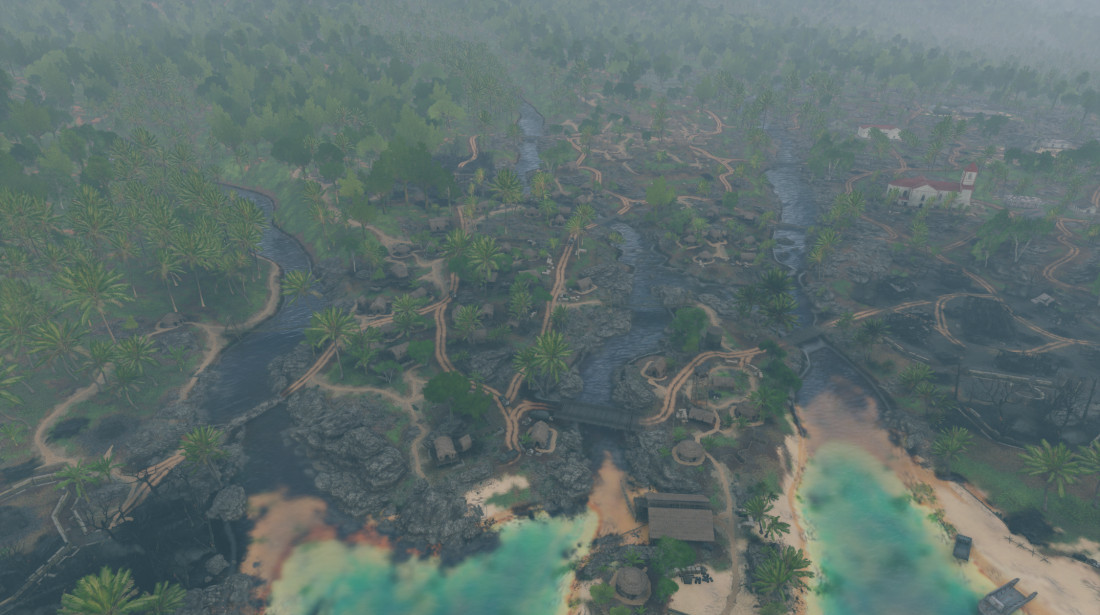 i currently have way more than 100 fps on ultra settings, and ill be more than happy to have even more

directX12 will be finnaly a thing for 30 series users / cards that suport it?

my gosh the rain pic looks so cool! so much better than now!

So some of the load is moving to servers- any upgrades to the servers themselves?

Ya, servers need lots of work.

So some of the load is moving to servers- any upgrades to the servers themselves?

If required. Most of the technology in this diary is about the mechanics that work on your computer. If the servers require improvements - we will do it.

when we will be able to select directx 12? serious.

directX12 will be finnaly a thing for 30 series users / cards that suport it?

Unfortunately, I cannot say. Follow the news. We have many years of exciting news ahead of us.

. i guess i ill wait then

Any estimated date for the new update? 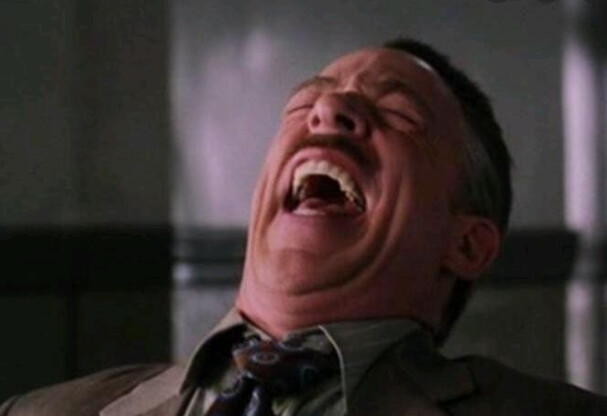 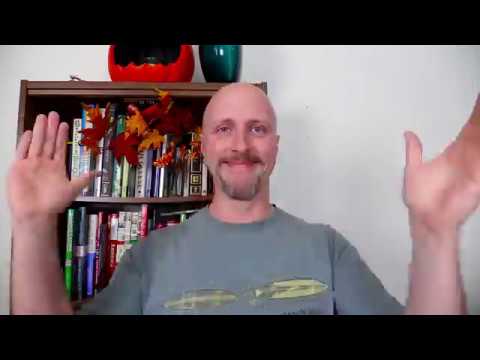 Funny joke i found over here

On a serious note: MORE winter maps for moscow keo 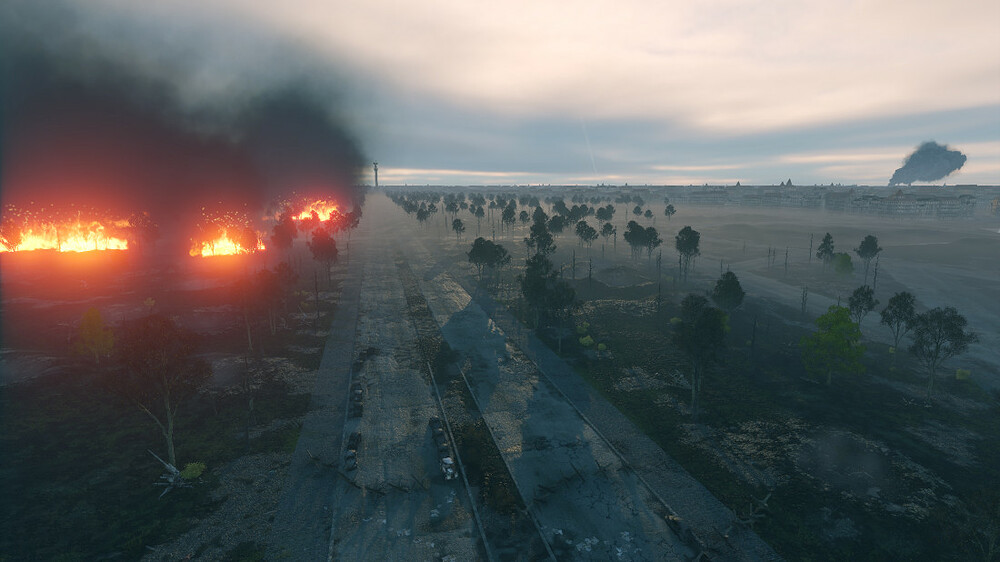 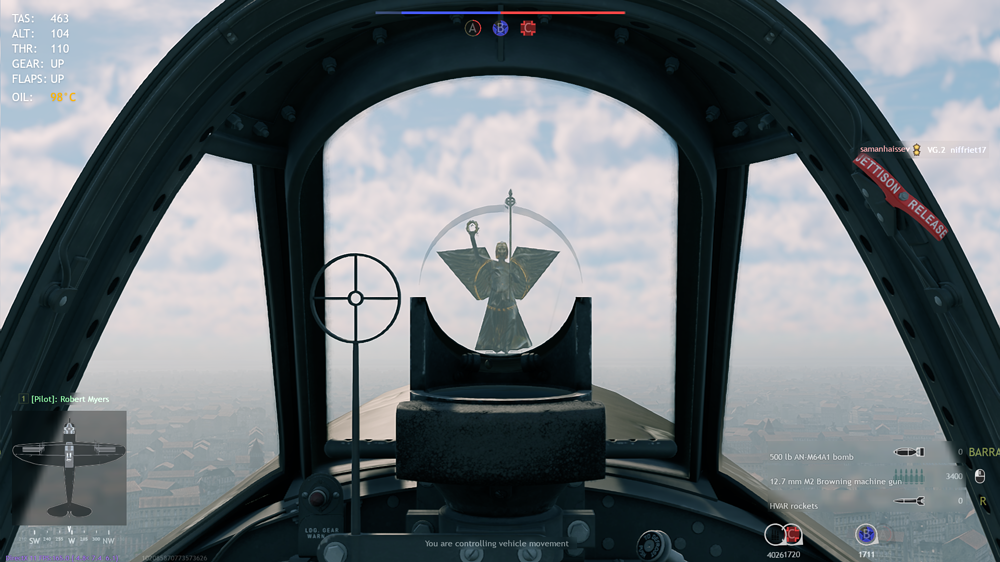 on a large, large map…

Nice I can finally connect my 144hz 4k screen and have some fun once this is live.
I know increased frames and smoothing out shudders will greatly enhance my gameplay.

Thank you to your Dev team for making these very important fixes.

i would like to request, if possible, a way for us to have a slider on render distances.

with a powerfull computer, having the render distances on some artifacts / map objects and so on, does make stuff pop out the existance after a few meters and does make the game feel a litle less special.

thats predominant on high zoom in tanks like tiger, when we aint using the zoom on the sight, stuff will disapear in the distance. just to pop in and out when we zoom. multiple times i do hit a fence or a map prop that wasnt rendered just because of this.
and indeed, does hurt the overall experience alot.

an option to render the map for a further way, for the people with computers to handle it, would be more than apreciated.

KEO, will we hear more about Stalingrad content soon ?

any upgrades to the servers themselves?

We probably will, at least one new map is coming.