What great news but, we will also see improvements in the faces of some soldiers, especially in the Tunis and Stalingrad campaigns, more than anything in Tunis, the faces of the soldiers lack details such as scars, beards and things like that, the faces are too clean to look like they’re in a battle

I can’t belive it, Pacific is campaign that finnaly made devs work really good? 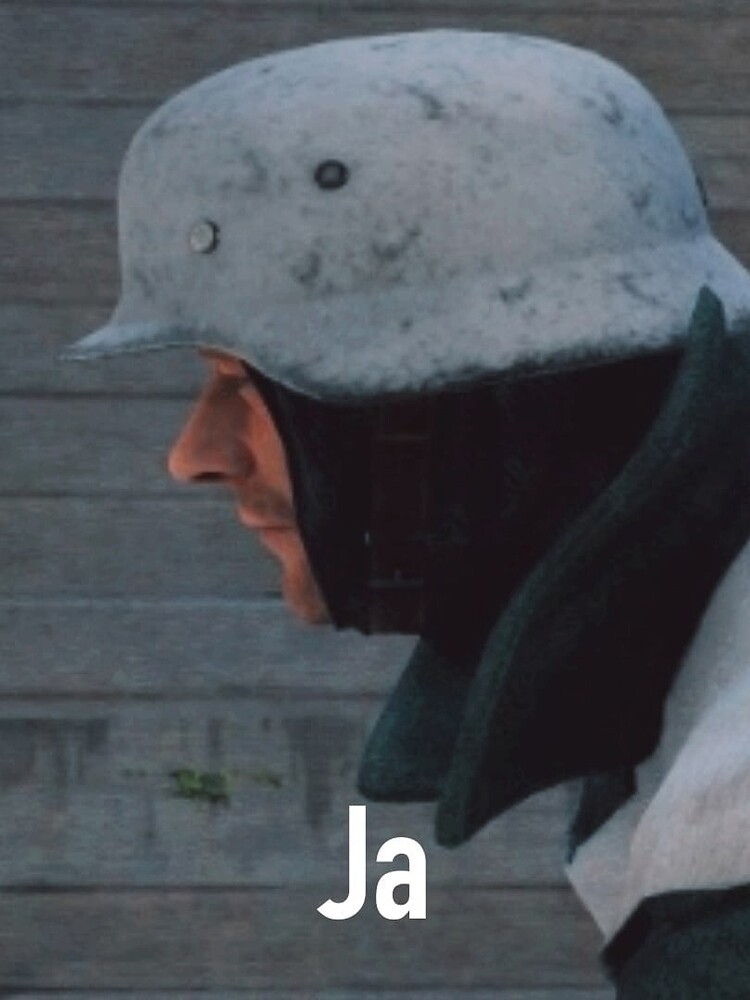 well i really like this news. not so much about improved graphics, but rather about optimizations. maybe we could even get bigger battles with better optimizations. but i am skeptical about netcode…

If the servers require improvements - we will do it.

well they do. when there is some event rubberbanding is intolerable. either server need upgrade, or netcode.

@1942786 any chance unit patches come back? I know they were removed for performance reasons but if the game is well optimized now they can come back

Extreme concern about this.
Current plane gameplay is already extreme depend on server & network performance.
Even clumsy player as me, I can feel the difference between 100ms and 140ms PING on controlling planes between EEU and EU server.
(Also, no East Asia server for new South east Asia campaign?)
Also dont forget server always “exploded” during event or night peak period:

[image] See right top corner. In this match, I experienced lots of lag, especially when that “server load” reached to a peak of 550%. Edit: max 765% [image]

Alot of the complaints about “cheating” (late hits, getting insta headshot without warning, etc) can be explained by your terrible servers in North America. using ctrl + shift + n to view connection stats, I can see the North American servers in US evenings are frequently going from 200-700% server load. Everyone in the match complaining about lag. Europe servers do not seem to suffer nearly as much even during EU evenings. Rubberbanding is making the game unplayable. Your terrible servers in…

Now, I am very sure, the aim circle do not include network delay. For so many times, I’d rather wait behind the enemy plane until they fly straight away from me. 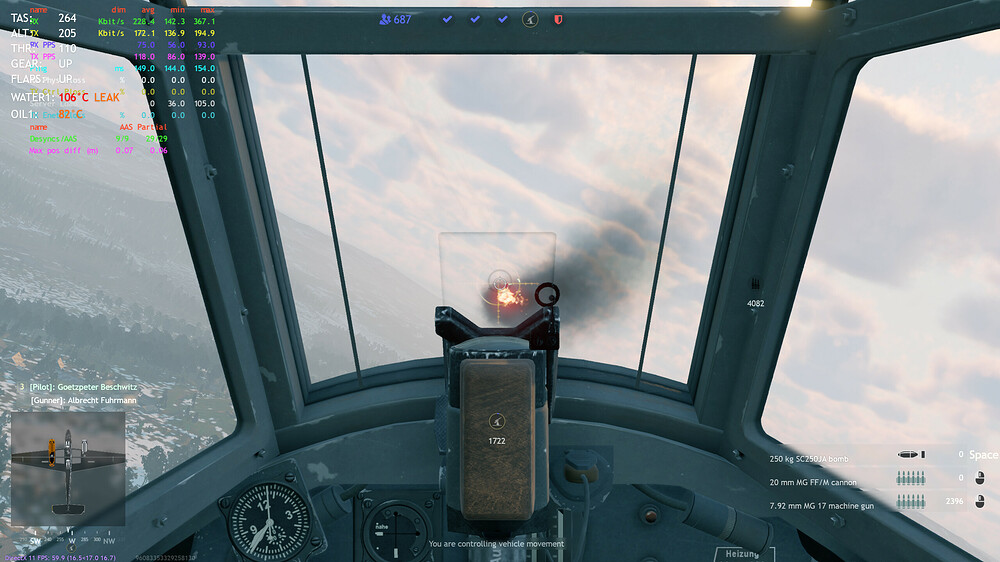 If you are moving infantry system entirely on server side. I can imagine when server overloads, even moving will be a nightmare.

That’s some beautifull water you got here.
Congrats!

Hope to see one day in the game vegetation reaction to explosion and gun shot. 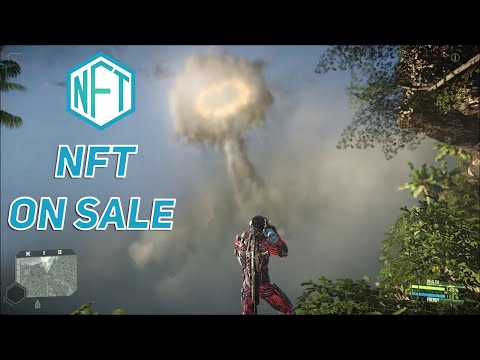 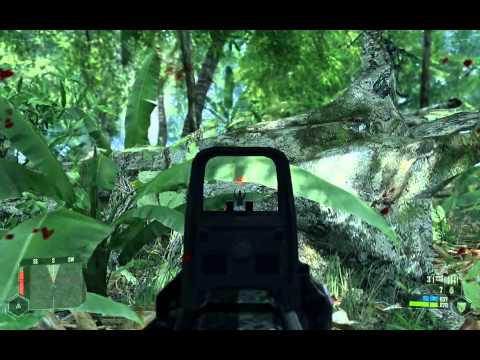 In comparaison, Enlisted vegetation looks like made of stalinium. 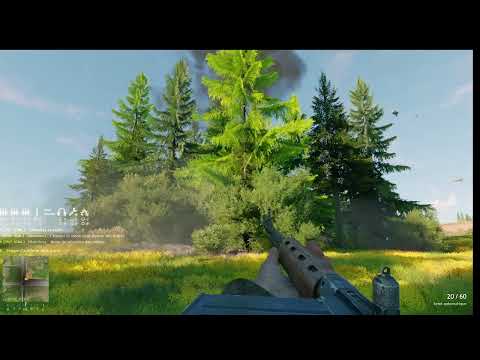 Very promising update none the less.

We managed to improve game performance without losing image quality or resolution, by improving how multi-threaded CPU resources are used, using memory caches more efficiently, optimizing for GPU architecture, as well as rewriting hot code into other algorithms or just assembly language. All cores are utilized up to 90%, and in no case did we sacrifice input latency or the quality of gameplay or visuals, so higher FPS means more responsive controls and more — not less, varied visuals.

That’s a very impressive job. (Writing directly via assembly codes…)
I still remember my friend complained about his RTX3090 is slower than my GTX1080 on this game. Just because he was using i9 9900K, while I am using a higher single core performance R5 5600X. 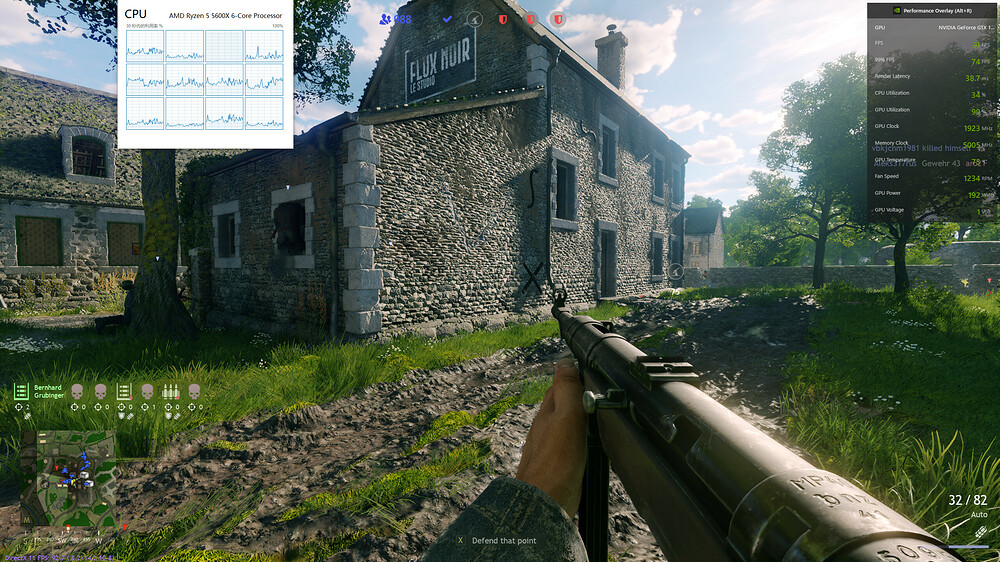 But still, according to dev’s previous attitude to console platforms. (Console ALWAYS get lots of severe bugs, and even for recent events, console side still get delayed behind PCs)

From all previous experience, this game (and the community) always treat consoles priority lower than PC. Console tend to have lots more major bugs than PC. And longer fixing time. Just wait. Or switch to PC. (Why play FPS game on console? If you like FPS, play it on PC.)

Event not working for PS5

Ahh that’s a surprise, usually it’s just consoles that are late for the events.

Maybe dev should launch any event & updates the same time as PC side. That’s will be the major improvement for console players.

Finally we can get pounds at different sea levels.

Hope we can get dynamic water flow effect of stream/creek like ARMA Reforger: 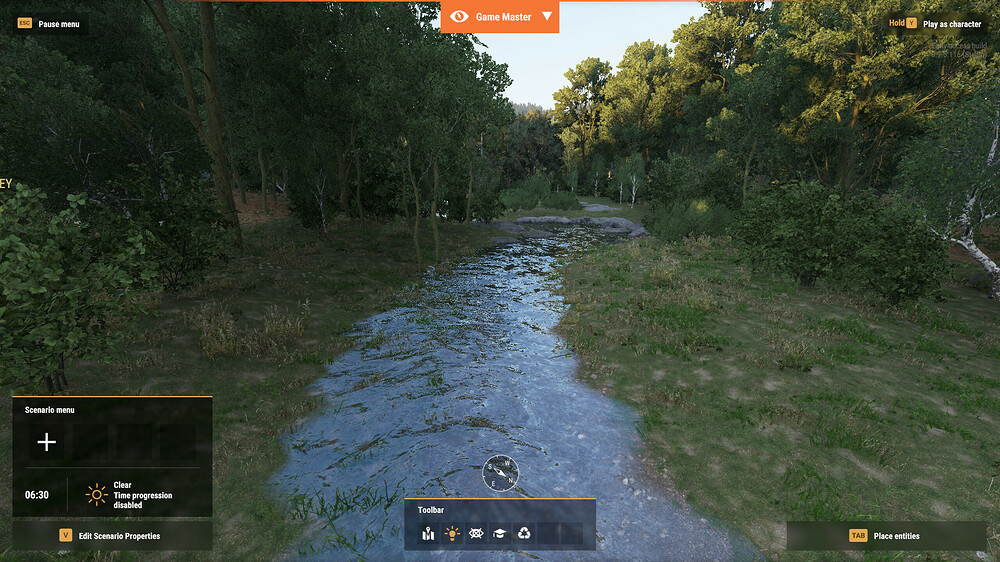 Also, do you really want to support XeSS as Intel showed its ARC GPUs? 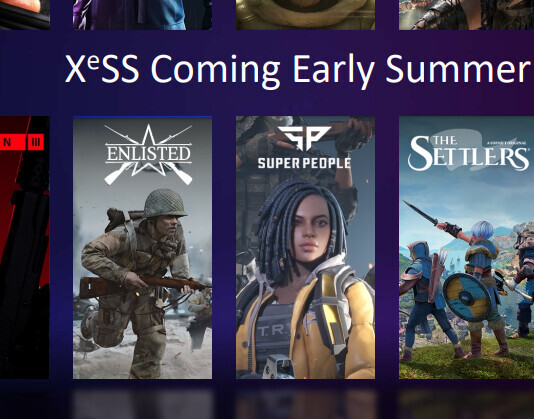 considering that 99% of the people cant notice the difference between raytracing and rasterization (except in performance), rtx support really isnt top priority. better optimizations are. 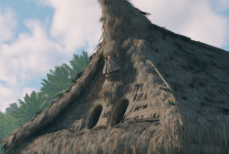 Pacific is worth it just for that.

ps. sorry if your Japanese and that’s some sort of symbolic animal or something but that just looks hilarious.

Lol, didn’t notice that. This truly is what the game needed after all

in memory of harambe.

It all looks great, the water looks really good too, with the rain hitting it. I love updates like this, seeing the devs continue to improve all aspects of the game.

Consoles getting some love.

and I have a question 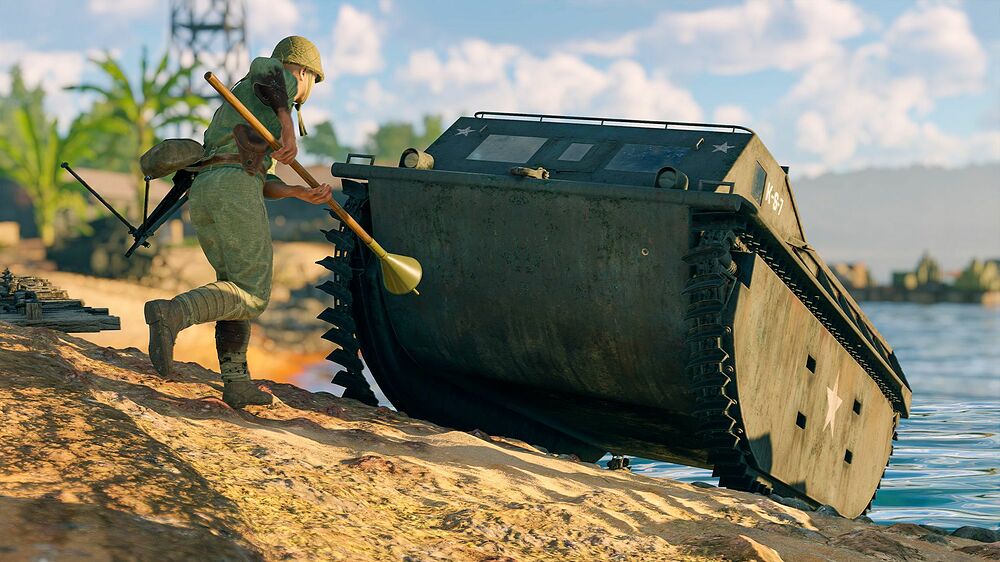 Is the LVT1 a rideable vehicle??