Our artists care for the atmosphere in battlefields of every campaign, but there are some of you guys who have “their own atmosphere” behind a few centimeters of armored steel. And for those armor enthusiasts, we’re introducing new gunner sights - unique to each nation.

TAKE A FRESH LOOK AT THE WORLD 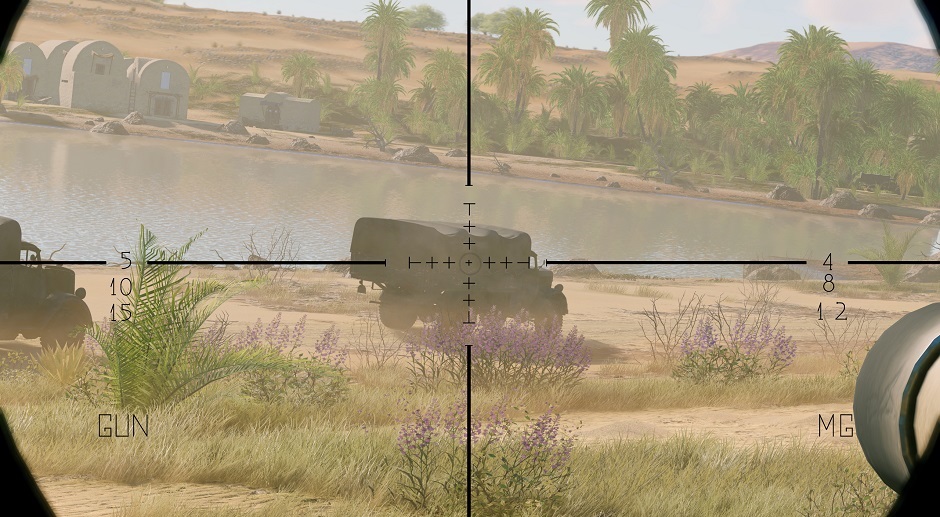 What do sights look like now? Any tank or armored vehicle presents the gunner with a standardized sight reticle - comfortable and functional enough, but not reflective of their country’s engineers’ and military’s approach to the vision of a proper tank sight.

In the upcoming update, the unique features will be joined by sighting reticles that are more consistent with the equipment from different countries: even sitting in the gunner’s chair, you can easily identify the national origin of your armored vehicle. Not to mention the atmosphere that plays an important role for soldiers who spend most of their battles in an iron box. 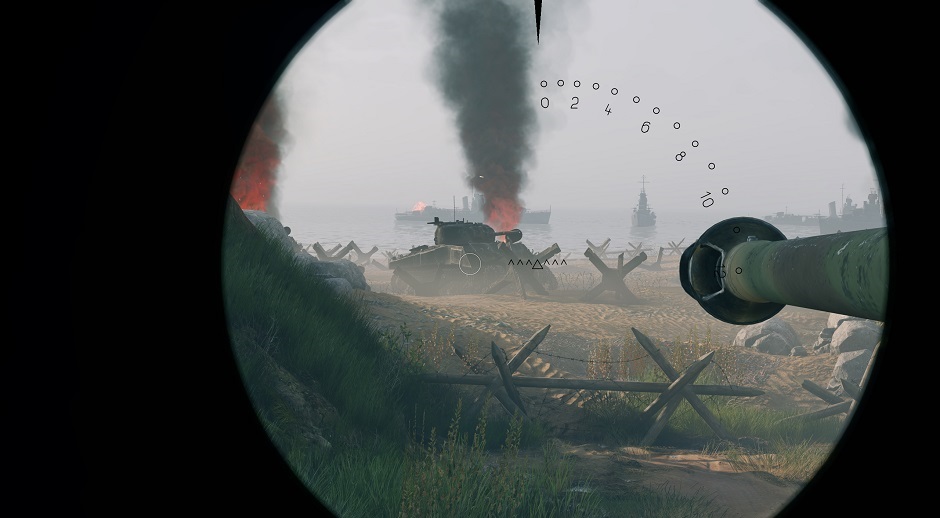 Unique sights with “national personality” will appear in the vehicles of four key parties in the war - the Soviet Union, Germany, Great Britain, and the United States. All of them are based on real prototypes. German tanks, for example, have them in the form of round scales, while Soviet tanks have a preference for vertical sights.

In the future, we will continue to introduce different sighting reticles and other characteristics for each sighting device on all vehicles!

SUSPENDED WEAPONS IN THEIR RIGHT PLACE 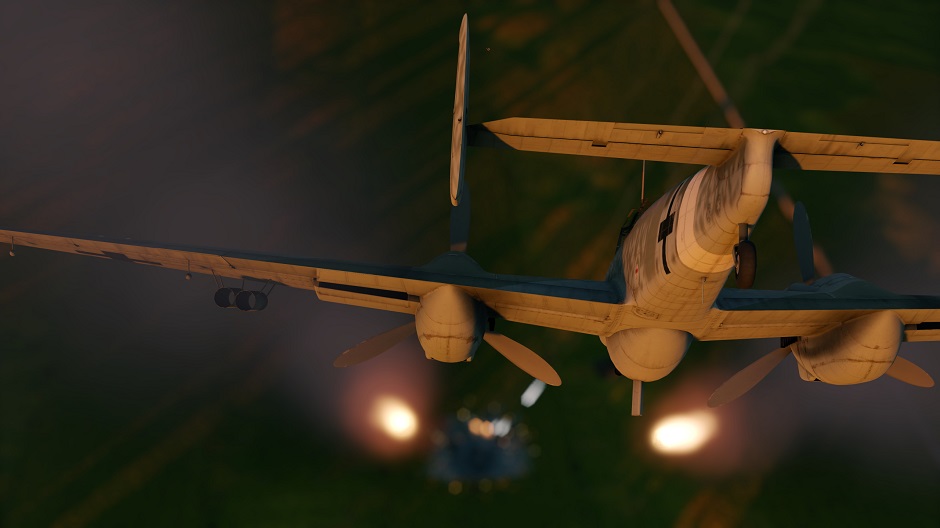 In the upcoming update, great news for the pilots.

Aircraft in your hangars and in battle will appear to the owner in full combat readiness, because we will add a display of available suspended weapons on models of your attackers, bombers and fighters. Does your vehicle stat card have rockets on it? That means you’ll find those weapons under the wings too - just as they should be. 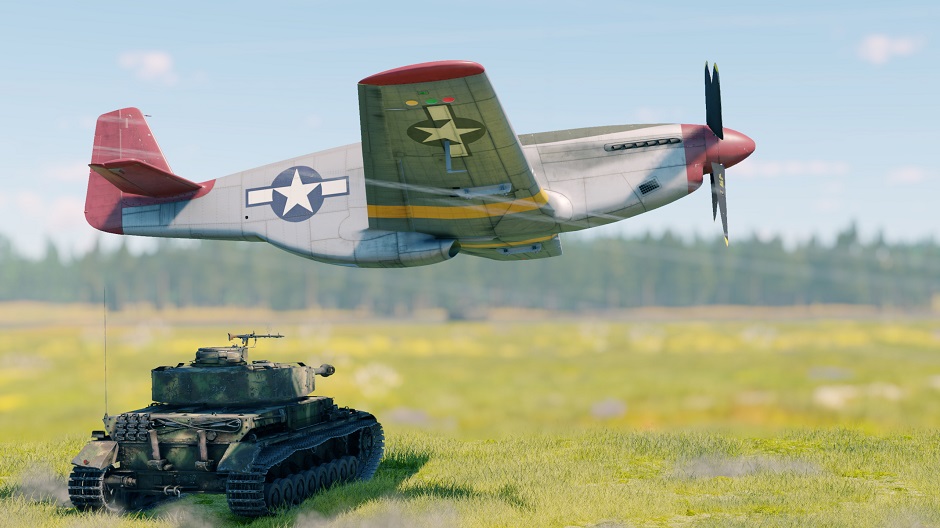 The damage model in the in-game pilot interface is quite detailed and accurate, but sometimes it is easier to understand why your plane is diving to the ground by looking at the wing, or more specifically at its partial or complete absence of it.

You guessed it! In the upcoming major update, we will introduce a mechanism where we will visualize the loss of large aircraft parts, both yours and the enemy’s. Heavy damage will be displayed to the outside observer and to you from the cockpit.

The flight model, by the way, will not be affected by this graphical improvement, because even before these changes it was calculated according to all the laws of physics and with simulated damage.

Great news. Would love to see realistic engine sounds added too, at least based on the type/volume of the engine.

Having been playing since the first Berlin beta, here are some suggestions of what can/should be improved regarding tanks: 1. Tank crosshairs colors as already pointed out in other threads, red-green-yellow is impossible to distinguish for quite a few people (up to 8% of Norh-European male population), myself included, just let me customize them to colors which I can see; 2. Binoculars/observation devices would be great to be able to look around the tank as a commander without peeking out or…

we will introduce a mechanism where we will visualize the loss of large aircraft parts, both yours and the enemy’s. Heavy damage will be displayed to the outside observer and to you from the cockpit

wait… wasnt this already a thing?

or do you mean visualizing heavy damage in the form of bulletholes or something. because i am fairly sure that i have chopped off quite a few wings and flaps in my time in the air

or do you mean visualizing heavy damage in the form of bulletholes or something. because i am fairly sure that i have chopped off quite a few wings and flaps in my time in the air

More detailed. You can cut off a small piece of the wing.

Improved visuals in aviation bring no benefit, as long as the interaction between guns and damage model stays borked and planes (ON EITHER FACTION) can tank 200+ 20mm hits and keep flying.

Flight performances degradation should righteously be felt after surviving a few hits, but if I park my cannon-armed plane straight on some dude’s tail, discharge a full load of ammo into him (registered hits) and he just pretends I’m not even there, something’s seriously off.

Since we are talking about having more atmosphere in the games, they will add more realistic voice lines to the soldiers, they will improve soldier customization, such as adding regimental patches among other details that would give battles more realism, even adding a soundtrack?

i wasn’t expecting realistic sights in enlisted this earlier,

but they sure look amazing

visual damage of airplanes i suppose it’s nice, but i rather have them fixed completely.

either way, looking forward for it.

You sir have made my day!

Aircraft damage is something that was really missing, Thank you for confirming no change to damage models, providing notcode code, cannons have damage drop off (assuming realistic distance)

I also think you are hinting at selectable ordenance in the future, bombs, rockets or gunpods.

One request, please add the Stuka Kannonvogel (?) The one with the massive AT guns under both wings.

historical sights is super cool, adds another layer of realism to the battle and i super love that!

My guess is that the problem will be dmg. It can be amazingly low. While, for example, the ptrs rifle dmg 60 even a thousand meters away, more than once a large-caliber machine gun fire from an airplane hits it but does not kill the enemy soldier. Less than 500 meters away. This can only be explained by the fact that the dmg is either small at first or decreases with distance in an extreme way.

Will we see bullet holes in cockpit when pilot sniped?

Is it possible to adjust the scale like war thunder, now raising the barrel like this is sometimes very troublesome to control

Improved visuals in aviation bring no benefit, as long as the interaction between guns and damage model stays borked and planes (ON EITHER FACTION) can tank 200+ 20mm hits and keep flying.

in the big update this part will also be better

I think we need to modify the rendering distance of the game: for a pilot, enemy infantry and tanks beyond 1,000 meters are not visible. We had to bomb blindly with all bot teammates without marking points.
In addition, I hope to increase the penetration effect of 20mm cannons and bombs on the house. A 250 kg bomb cannot cause damage to any enemy in the house unless it is thrown in through a window.

@1942786 can DEVs finally add gun convergence for aircrafts, the same system that is available in War Thunder since forever. Being able to set the distance at which your machine guns / cannons bullets cross paths will help a lot in maximizing damage to enemy aircraft at set distance.

I’ve been looking forward to these things coming, I’m excited to see these changes in-game!

Awesome to see this coming to enlisted. I asked if this was possible awhile back and wasn’t sure if it would make it into the game but I’m happy to see the attention to small details like this well done

What do you mean about the suspended armament of the planes?
Will it be possible to modify it? Like adding 500lb bombs on the p-38j-15?

Looking foward to it.

Option to change tank and or plane loadout
Option to use the radioman /tank coaxial hull mg gunner
Option to swap shells or loadout in tanks.