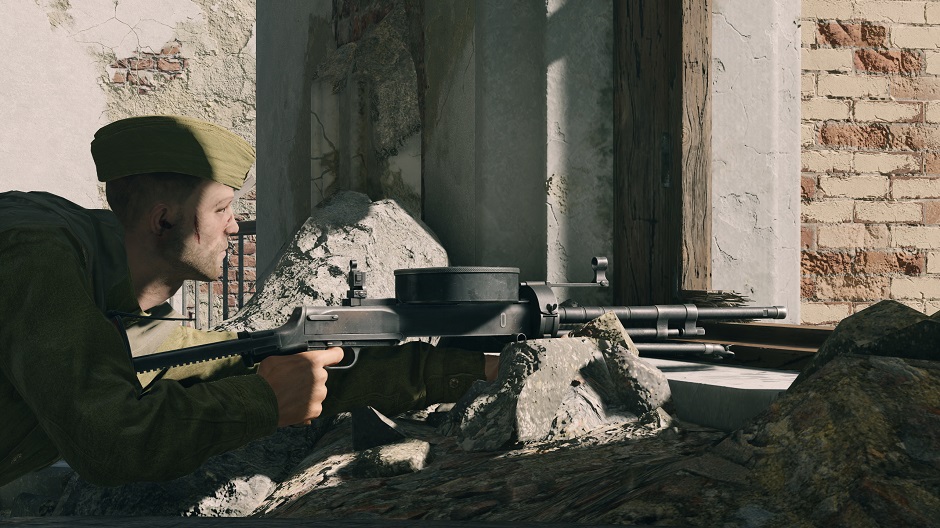 This is a feature you’ve been asking for. Now an AI-soldier that receives an order to hold a position inside a building will try to stay inside the structure and not leave it.

We’ve also improved the behavior model of AI-soldiers when defending a point. Soldiers will now react faster and more aggressively to any kind of enemy attack.

In addition there are several more significant improvements: 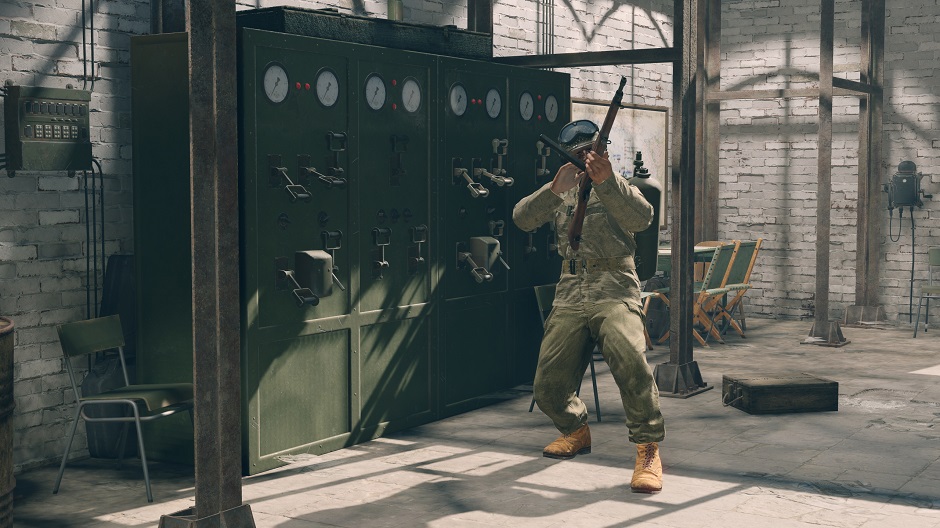 Every great commander is familiar with the Battle Pass and its valuable rewards. For example, in the current season you can equip unique pistol-caliber carbines.

But until now they were available only to classes trained with pistol-caliber carbines: assaulters, tankers, and motorcyclists. Now such weapons will be able to strengthen other classes that do not have access to assault weapons. The Artillery Luger, S&W Light Rifle Mk.2, KP-B-135 and M1903 Springfield (Pedersen device), Beretta 1918/30 can now be used by riflemen, pilots, AT gunners, flametroopers, radio operators, mortarmen and engineers. These weapons will be classified as semi-automatic firearms - keep this in mind for future tasks that require a specific weapon.

You’ve probably noticed that the holding animation for some weapons may have looked a little strange before. We’ve fixed this for the Sturmpistole, PTRS-41, Pzb-39, Pzb-38, Grb-39, Panzerfaust 60 and Panzerfaust 100. Now everything looks much better with a third-person view.

@1942786 can you ask dev if they can let other classes use the vg1-5 in berlin? is a semi-auto in the assaulter armory pretty usless i have to say

Today we will have a dev?

Thanks for the awesome updates. Here are a few ideas for the next making Enlisted a better place!

I might actually have to re-jig some stuff and actually use the Lugers I got. Its a neat very niche weapon that I never ended up using because the sacrifice is too high to lose my SMG on that one trooper.

Also, loving the AI update. Everyone that makes them better would be helpful, and if we can increase the radius at which they are too far away and start following me again, that would be fantastic.

Any chance for “play any campaign, any faction” option soon?
Stalingrad maps soon?

Keo, berlin Vg1-5 to other troopers like this change please?..

This was asked by the community multiple times befor in the past…
Vg1-5 is a semi auto only avaiable to assaulters in berlin. Where they can equip mp40s, baretta m38, Mp35, mp43 etc etc…

Vg1. 5 should be avaiable to other troopers as this guns are. Exacly this change to it.

Makes no sence a trooper, a engineer etc etc can equip fg42 or fg42 II and can’t equip a volkssturm semi auto that deals less power but it’s the right fit for berlin.

Vg1-5 should be a rifle that a trooper could carry, and not an assaulter.

Make it semi auto rifle so tropers, engineers, radio man’s etc can equipe it. and not a smg that currently is.

Please for fuck sake. Do it.

But until now they were available only to classes trained with pistol-caliber carbines: assaulters, tankers, and motorcyclists. Now such weapons will be able to strengthen other classes that do not have access to assault weapons. The Artillery Luger, S&W Light Rifle Mk.2, KP-B-135 and M1903 Springfield (Pedersen device), Beretta 1918/30 can now be used by troopers, pilots, bombers, flametroopers, radio operators, mortarmen and engineers. These weapons will be classified as semi-automatic firearms - keep this in mind for future tasks that require a specific weapon.

Very good News for me indeed! also, will there be a chance for VG 1-5 to be changed as like this? It would be really useful if VG 1-5 changes.

Nice small update - especially this one:
Fixed a bug where AI-soldier engineers could be left holding a hammer after completing a construction and wouldn’t swap it out for a weapon.
I wrote Keo last week about this bug and today it’s fixed - awesome work!

i cant believe you have done that, that is just amazing, thank you very much

ive waited for this all the time

i hope you reconsider also classes for suppressed weapons

abilitiy to sell gold order weapons for bronze orders must be removed , because it sucks and looks silly

I’ll even take a reduced Cap Magazine to it if required. Just something to bring it to other troops, and maybe change the sound of it too. Its just so…strange.

Any chance for “play any campaign, any faction” option soon?

Most player won’t use it, it is because when you use join any team now it will most likely send you to the team with more bots, who will wants to play with a team full of bots?

If players start/are incentivized to use it, there shouldn’t be any bot matches at all, that’s the whole point.

This is a grinding game, most people will prefer grinding a faction rather than spreading their progression on 10 factions.

More option are always accepted and thanked, usless or not

Sounds like a large project.
But would be great if implemented.

But the option need to be useful first, do you think the join any team option now that send you to a team full of bots useful?