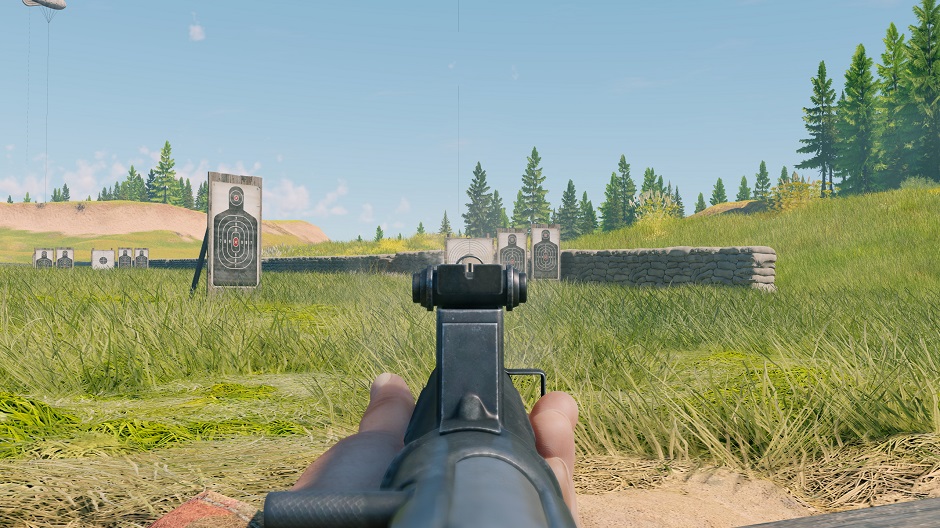 Another addition to the recent major animation upgrade to Enlisted. To keep it simple: now, if you aim immediately after moving to the lying down position, the camera doesn’t make any unnecessary movements. It used to yank to the side.

Not too long ago, planes that have defensive turrets finally received crew to man them. But these guys, who were saving your life in the sky, did not leave your plane when your pilot was out of action and went down with the plane. Heroic, but dumb. 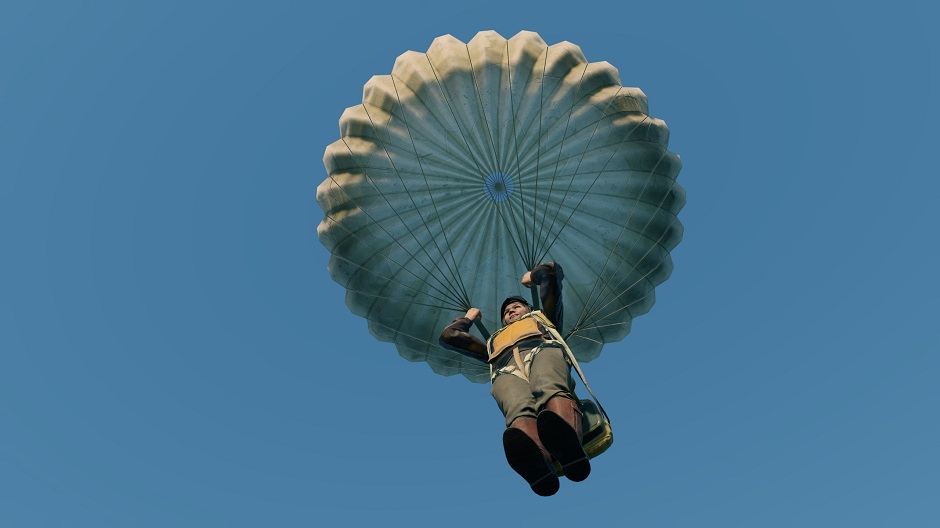 From now on, a doomed plane rocketing to the ground without a pilot will be a good motivator for the gunner and other crew members to parachute out. You will, of course, immediately take control of the surviving crew members and you’ll be able to keep making trouble for your enemies and avenging your comrade for a while longer!

Just in case you missed it: the engineering in Enlisted is deeper than it appears at first glance. Your plane’s engine module is not just a box. It has a lubricating and cooling system and radiators. Just one small piece of shrapnel or a rifle bullet can mess up this system, eventually leading to overheating and jamming of the engine. 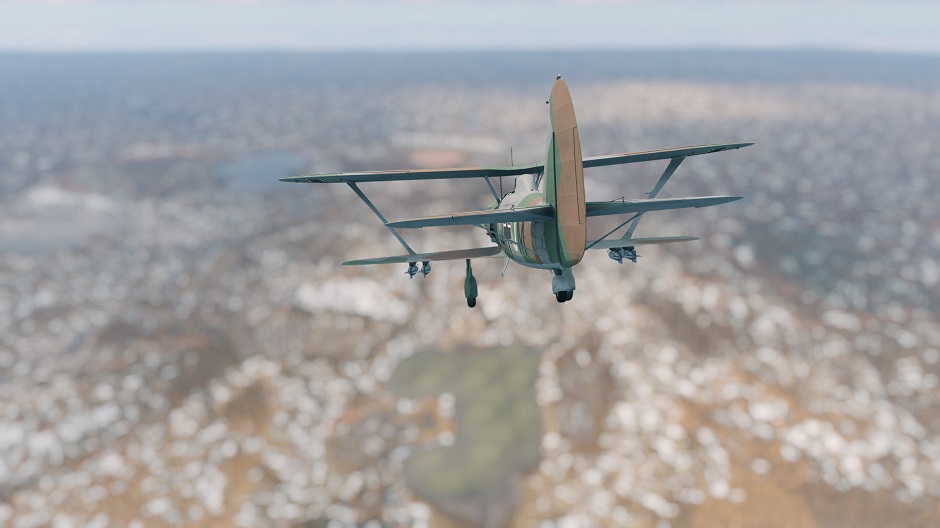 But previously you could only find out about such damage at the last moment, after a critical loss of thrust. Or by carefully watching the temperature and pressure indicators in the cockpit, which only a few people did. To most pilots this seemed like a bug.

Let’s fix that and add another important indicator to the interface — a temperature gauge. You won’t see it if the engine is functioning normally, but it will appear if the engine starts overheating.

Yellow is a reason to start worrying and cut back on the throttle. Orange — engine temperature is at a critical point. Red — the engine is sustaining damage. The indicator will not only show the presence of overheating, but will warn in advance about the leakage of oil or water as well.

Can we have a dev blog this week?

It was always so frustrating to lost 5 crew because the pilot got OS.

What about the front gunner take the pilot place on the Ju188? 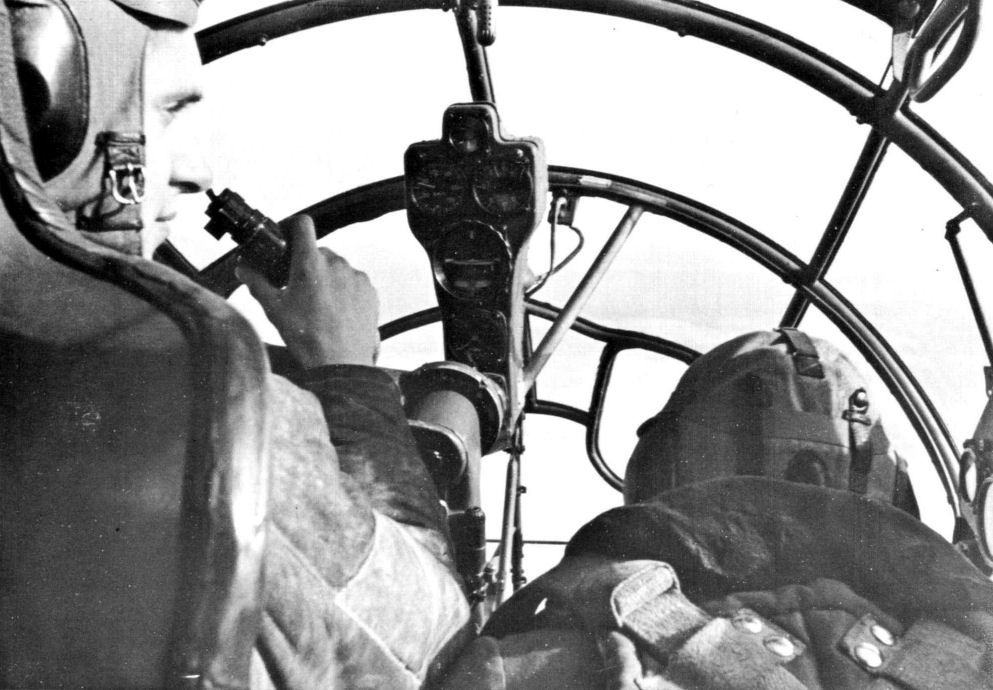 Can I expect some improved gunsound?

Playing the plane is fun, but it is difficult to control it, especially with the keyboard

Keofox may have said this week but he wasn’t sure

Can we have a dev blog this week?

We have already prepared several diaries, but to make them cool we need to make screenshots and videos of new products for you. But some details are still in development. Therefore, we are waiting and will release the news as soon as we can.

Another addition to the recent major animation upgrade to Enlisted. To keep it simple: now, if you aim immediately after moving to the lying down position, the camera doesn’t make any unnecessary movements. It used to yank to the side.

this one, has been such a thorn in my side for quite a long time.

thank you for resolving this one

Enlisted got WarThunder plane controle. It’s for me the best one in the video game industry.

If you got problem with flight, start to fly with the mouse only. Try to aim and do little correction with it. After some practice with the mouse, use keyboard but this time only for acrobatics (google image: u turn, loop, split s, immelman…), you can look around with the mouse during acrobatics, it will have no impact.
The keybord got priority over the mouse. So don’t make this mistake: when you finish your acrobatics, be sure your view is center or the plane will make sudent turn toward where your mouse aim.

Ju188 is an amazing plane and quite manoeuvrable.

I see that you also fixed the newest bipod bug. Nice. 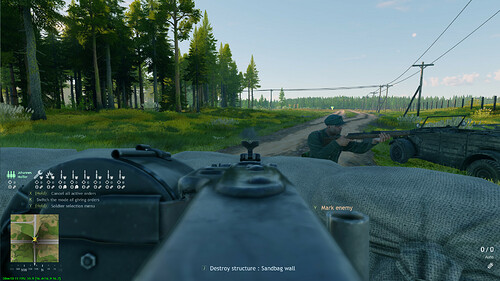 Enlisted got WarThunder plane controle. It’s for me the best one in the video game industry.

I badly miss BF1/V controls where I can fly wih just the keyboard and only use the mouse for finer adjustments when shooting.

@1942786 can my camera please move with the center of the screen when I pitch up?

Currently when I raise the nose of my plane by pressing Space, the camera starts looking at the floor of the cockpit.

Heroes and generals had lots of bad stuff, but somehow, flying planes there felt right and above all, fun.

Since the last major update, the green squad command locator has disappeared, with it occasionally popping back up before going away again during battle.

And also can there be a fix keybinding R1 button on PS5? It’s limited to a few things, but I cannot key it to something like reloading, or flask to it. View seems to be permanently stuck to it.

Currently when I raise the nose of my plane by pressing Space, the camera starts looking at the floor of the cockpit.

Once you use the keyboard you mouse will be freelooking. The plane go up, your mouse stay at the same level, therefor you “look at your feet”.
When you use keyboard, use the mouse to look around.
You can do it also by pressing “C” without controling the plane with the keyboard. Try, you will understand what I mean.

For making plane a better place there are still few suggestion that could be worth it:

Does Enlisted have a server upgrade plan? We are also curious about that.

The Moscow Attacker axis squad since latest update only has 1 upgrade node, this change means my Fw189 now is missing a gunner. As cannot put extra attacker in squad anymore.

Other squad related changes, has made me lose my Stalingrad Soviet assaulter customization, only white options available, before this update was optional. (I had them in green body armour)

Mortars not fixed yet on ps5 too, firing shell outside of barrel, to the right

As for this specific update, Thank You, as for my dead pilot and gunners good fix, the three above issues my top 3 issues spoiling my maximum fun currently, looking forwards to more content all the same.