To develop cooperation between allies in battle, we think it’s important, not only to work on the special skills of classes that complement each other well, but also on such small details as markers. That’s what we’re going to talk about today. 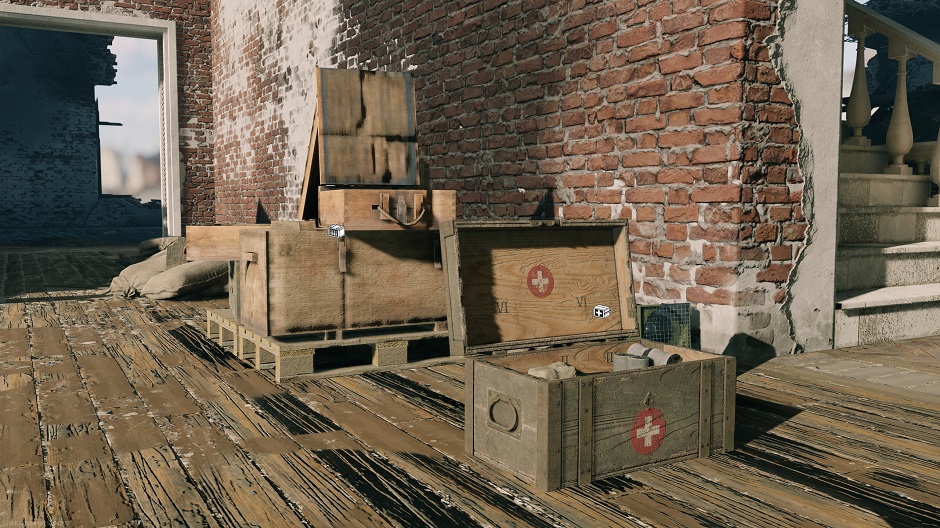 Your eyes do not deceive you: from now on, Engineer ammo boxes and medical kits boxes will not only appear on the minimap, but will also be indicated by a visible marker in the in-game environment.

The marker will appear near the box - this distance will definitely be enough to unmistakably find the much-needed ammo and medical kits.

This improvement will certainly increase interest in the boxes and bring more experience to their makers - another reason to play as a team! 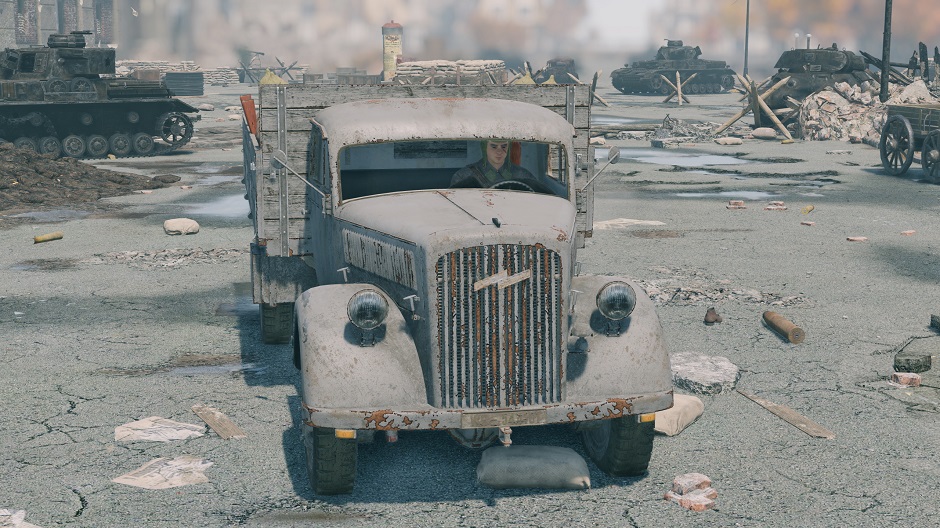 A few improvements to in-game camera behavior that each and every one of you will notice.

The point of view in a vehicle will now default to the direction of driving, so that you don’t have to separately control your soldier’s head with the mouse, as it was before. At the same time, for those who are used to the old system, we are leaving the option to return it through the control settings.

We have noticeably improved the behavior of the camera when a soldier is killed. Now it will follow your killer, while smoothly stopping, and in case of their death, will not look at a random point, to avoid disorienting you.

Improvements to the camera also affect the respawn window: when the game changes the actual mission points, the camera will move to the new position much more smoothly.

Our team regularly checks the most important forum topic for your feedback and reports back to the dev team when we notice issues with gameplay mechanics and ideas for improving the game. We watch our communities and other Enlisted sites so that one day you’ll see your idea in the update notes or in this weekly series.

Nice, that will definetely improve quality of life.

Can we get some marker above ally tanks that need repairs too? Similar to those above wounded soldiers when you play as medic.
Some xp reward for that would be nice too to increase teamwork

Is there a big “aviation” patch planned? For example, fixing the damage and numerous bugs in aviation?

this are the kind of updates that “make enlisted a better place” should focus on.

All my forum posts about that and now they have been answered. THANK YOU!

Version 0.3.0 has been with us since the release of stalingrad campaign…
Hope you can improve soldier customization system in the next big updates… Current one is horrible at both too expensive and too confusing.

Spawn Map is fucked up. Not able to see all possible spawn ponts on spawn map

Great, I was getting tired of looking for the ammo box all over a building, but I still have drawbacks which are: _When you improve the AI, in terms of taking routes (currently the AI ​​is taking the longest and most unnecessary routes) _The markers and the “defend this point” option will be improved Currently the two options have flaws, the first sometimes does not mark the enemy tanks well despite being 1 meter away and the other well, the bots are never located where you ordered them, they always do what they want _Finally, will they add more immersion to the battles like, more voice dialogues for the soldiers (realistic), will they add soundtracks to the battles? Finally, will they improve the soldier customization option? It’s a great mechanic, which I hope won’t go to waste.

I think adding markers for supplies is a great idea. Can we also have the ability to hide certain elements of the hud?

Sometimes I’d like to enjoy the visuals of the game with a minimal hud setup without all the icons and markers. The hud can get very cluttered visually with so much going on its hard to see what you’re doing.

A perfect solution would be toggles and opacity sliders for each hud element, but I’d be happy if there was an option between full and none that just showed the core elements like the squad and your weapons and ammunition.

Who is drawing this art? I really like it

The point of view in a vehicle will now default to the direction of driving, so that you don’t have to separately control your soldier’s head with the mouse, as it was before.

Does this apply to planes? I want to be able to pitch up by pressing a keyboard key without my camera looking at the floor of the plane.

Spawn Map is fucked up. Not able to see all possible spawn ponts on spawn map

Also can confirm. Yesterday I built a rally point on the far left side of the spawn screen and the squad selection menu simply covered it with no chance to select it for spawn.

Now that you have worked on camera for vehicles, can the ability to look around as a tank commander and not have the turret move actually become a thing now

Yes! The ability to “lock” the turret would be great, I don’t know why it’s not a thing here yet.

Does this mean medics are coming to other campaigns?

Yes thank the lord for this. Was difficult to find ammo and medic crates sometimes.

Oh noooooo germans sooooo OP soooo OP. You are flaming everywhere about axis main players and how they lose, yet here you are spamming nerf questions.
A premium tank for you:

and when modern warfare comes to enlisted, here is a premium gun for you: