A New Game Mode and Locations

“Each new battle is unique”. As always, we strive to make your battles even more interesting and dynamic, and as such we’re here to tell you all about the new locations and missions we’re preparing for the upcoming major update.

With the release of the major update, Enlisted will have a brand new game mode where both teams attack and defend at the same time! This mode will challenge not only brave soldiers pushing the frontlines, but also good defensive strategists.

This mode is quite similar to a tug-of-war: while the “Invasion” mode sees one team attack and the other defend, in the new “Confrontation” setup both teams will actively attack!

When the battle begins, both sides have controllable points, while the central point is contested. Capturing it shifts the front line to the next point in the rear of the losing team and gives reinforcement points to the victorious team.

Once a new point becomes available, there will be a short grace period where the point can’t be captured - allowing both sides time to draw their forces to the new point and prepare for the next phase of the confrontation. 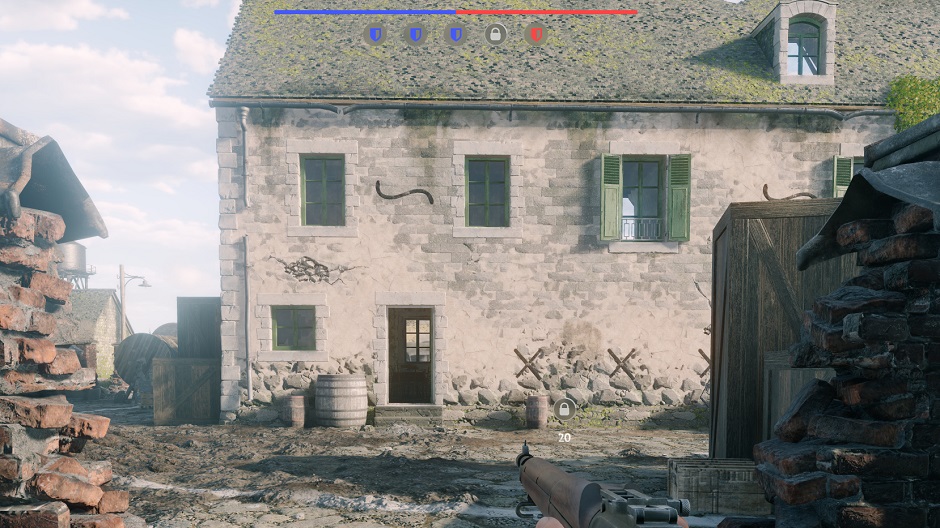 In this mode, the win will go to the team that has captured all control points on the map or destroyed all enemy forces, because even a successfully advancing army can run out of reinforcements.

A sturdy defense and a battle of attrition or a steady push for the points - that’s up to your well-coordinated team! 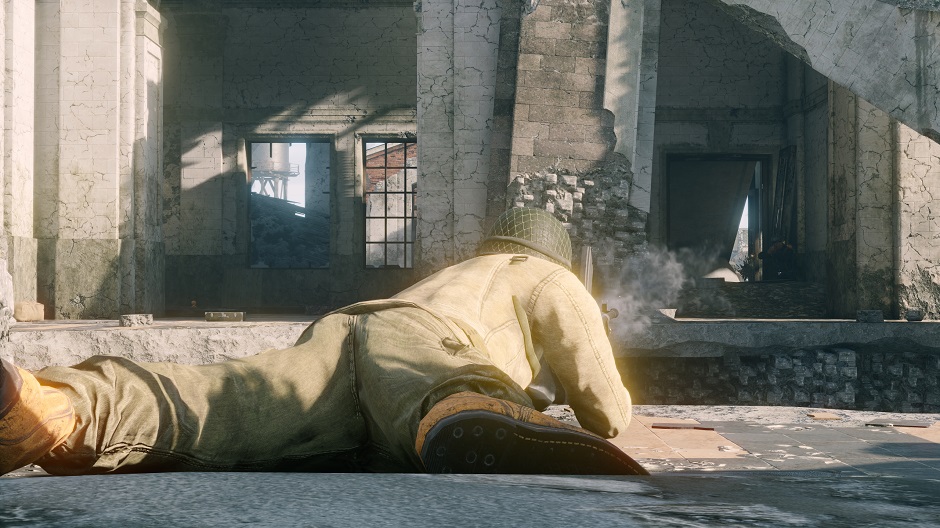 With the release of the next major update, new Confrontation missions will appear in all Campaigns: The Voskhod settlement, Gare de Saint-Lo, Werbig station, Kahif cave village and Univermag.

The Normandy invasion continues and brings the battle to the wheat and corn fields of a large farm, complete with barns and windmills. 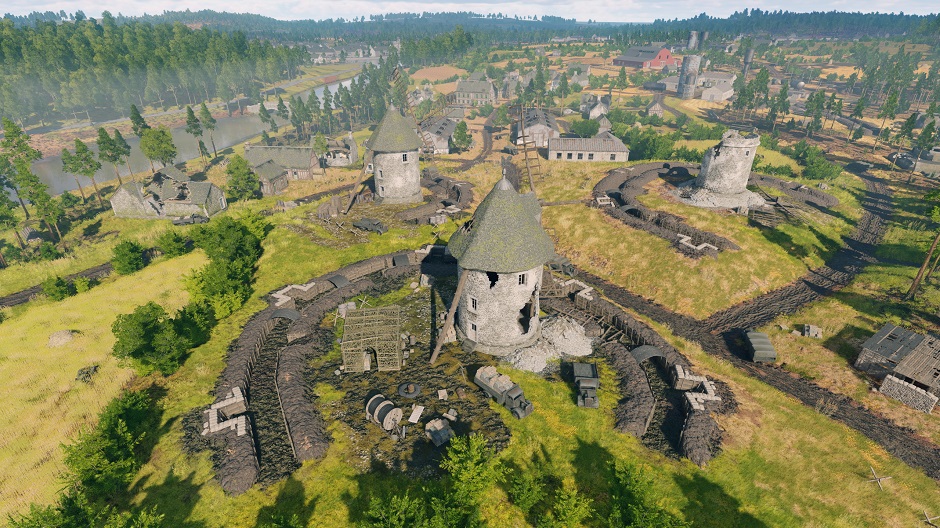 These areas have plenty of room for armored vehicles to maneuver, as well as offering cover for infantry squads. And if a lot of living and working buildings are not enough for you, you can dive into the field of corn, the corn stalks here reach the height of an average person - only a flamethrower can smoke you out of there. 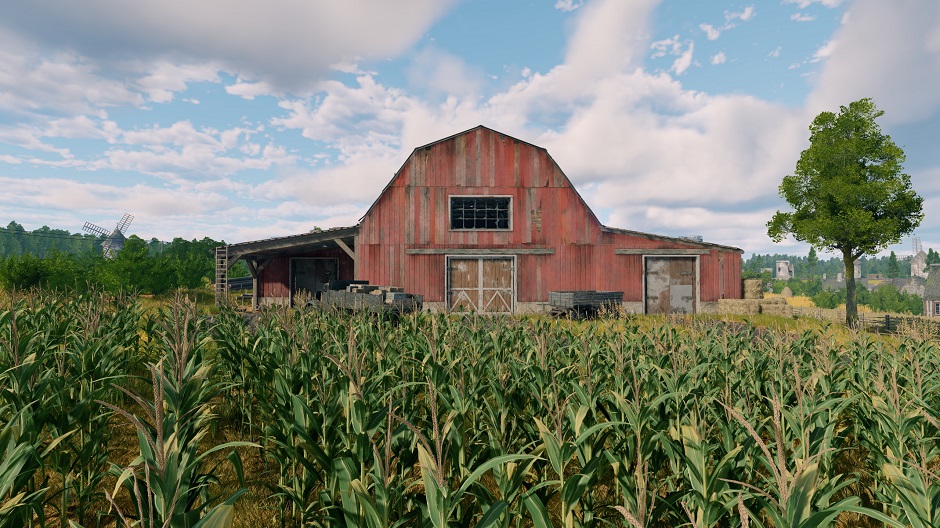 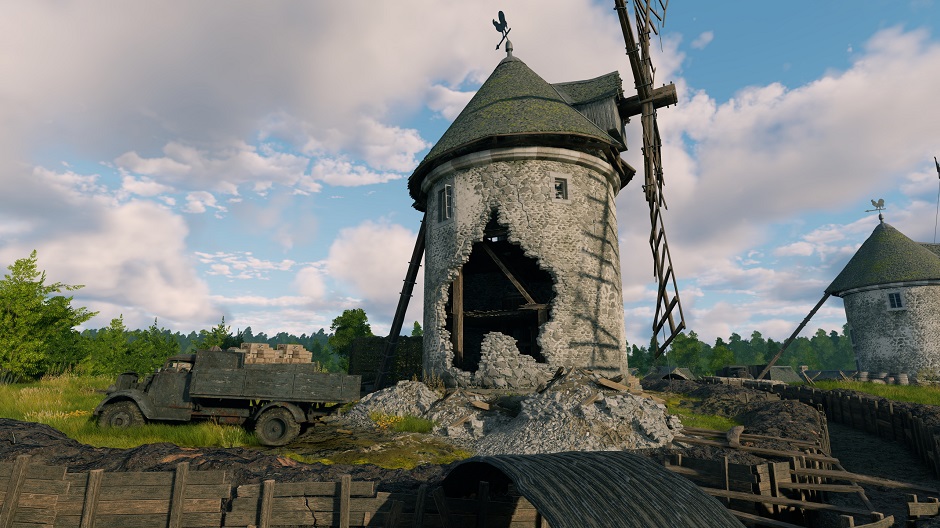 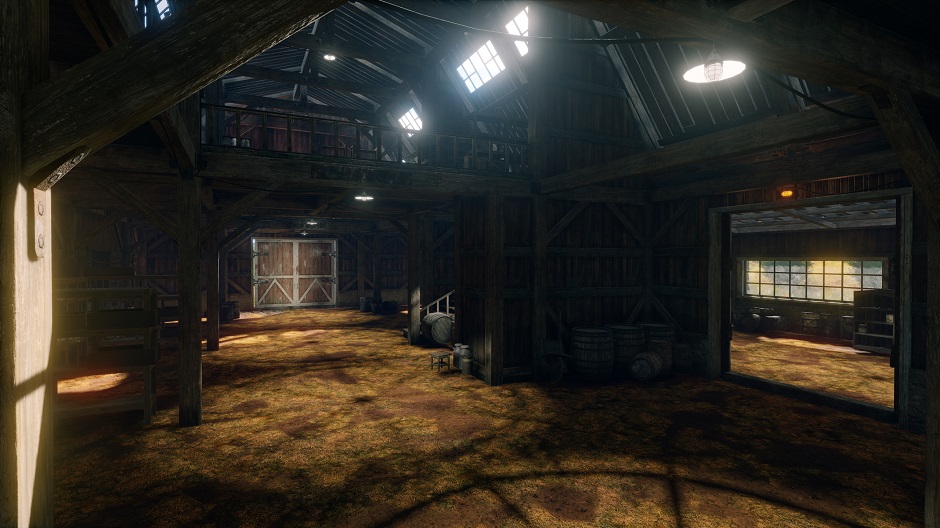 Well, you’ve been here. But so far the center of your attention was the Armored Train. Now you can explore the suburbs of Berlin from a new angle. 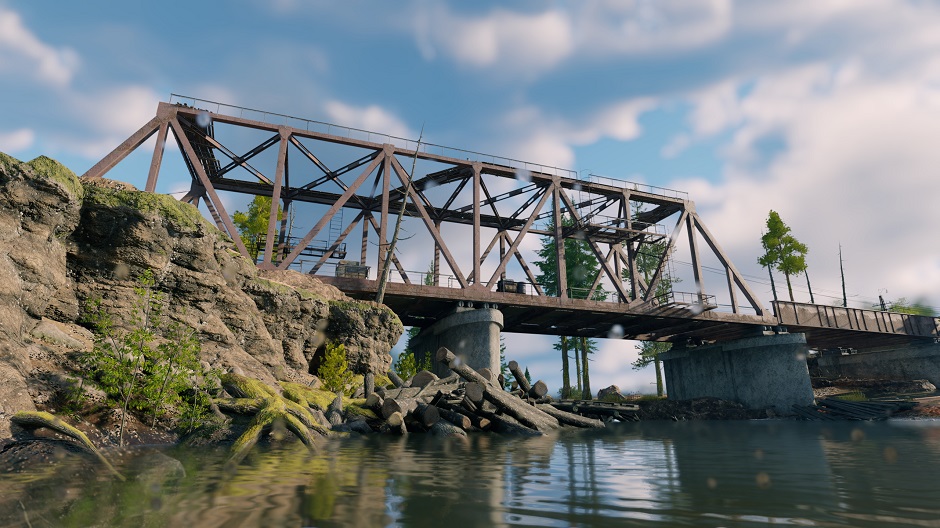 Take a walk along the railroad tracks in the new “Invasion” scenario. The mission path captures many technical and residential buildings on the way to the primary target - a large railway bridge, once the battle reaches this point, you should equip something capable for long-range engagements in preparation for the final push.

Finally! I’ve been dreaming of such mode for a long time! Will be my instant favourite.

“Each new battle is unique”

Amazing gameplay, very well done, but will they continue to add more immersion to the battles, like better and more accurate uniforms, better soldier voice lines, expand the playable area and add a soundtrack?

H&G for all it’s flaws had some of the greatest and most tacticals game modes I’ve seen. Or we can simply say it’s like a classic RO mode

Amazing gameplay, very well done, but will they continue to add more immersion to the battles, like better and more accurate uniforms, better soldier voice lines, expand the playable area and add a soundtrack?

Yes. Customization will appear sooner or later in all campaigns. Soldiers will probably have new mechanics and voiceovers. We will be presenting new missions on both new and familiar maps.

Also, this new Normandy map looks great. It isn’t a beach… Might make me start using my Rhino a bit more

There are already more than 150 missions in our game and their number continues to grow. don’t limit yourself to one campaign - it’s much more interesting.

Soldiers will probably have new mechanics

Any new locations for Stalingrad this update? Currently my favorite campaign even with very few locations

Dynamic frontline gamemode is a great addition.
Just cautious about potentially defensive teams winning because the attackers ran out of reinforcements - maybe on some maps it will be easier to give up the central point, dig in and win by attrition.

I believe the team that holds the most points for most time should win.

don’t limit yourself to one campaign - it’s much more interesting.

If one only touches X / Y - sides / campaigns … they’re playing the game wrong.

This mode could be one step closer to larger maps

You need to jinx it harder than that.

Now is it possible for one side to regain tickets if that side captures a point?

Great news about a game mode like BF Frontlines! This mode is what I have been wainting for!
Keep up your great work - I love this game.

Good question. That, or each sides start with a much larger reinforcements pool

This is exactly what i want for the invasion game mode ! now we’ll just wait for a large conquest mode to ever happen