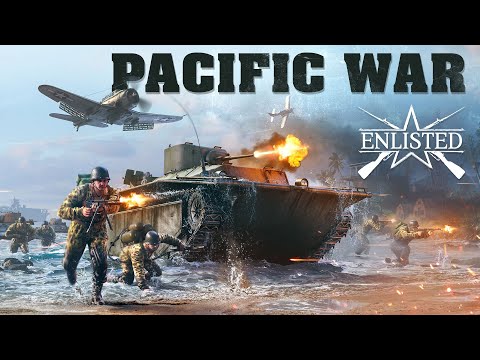 The long-awaited large Enlisted update is finally here! And with it — the Pacific War campaign and a new playable nation — Japan.

Admire your victories from the sidelines with the new replay feature, stick a 3D decoration onto your tank, check out how we’ve improved the VFX, graphics and optimization, and, of course, land on the sandy beaches of the Pacific. Bone-chilling “Banzai!” screams during melee charges are included.

ADVANCE ON THE PACIFIC FRONT!

Introducing the new Pacific War campaign that is dedicated to an important stage of WWII, where the US fought against the Japanese, appearing in Enlisted for the first time! At the start of the campaign we prepared 26 levels for each nation, and lots of missions in the most popular game modes: you’ll participate in the decisive battle for Guadalcanal, consisting of multiple skirmishes in different locations, including the bloody battle for Gavutu island.

Participate in the new campaign for free and with no restrictions — enter the first wave of offense!

Purchase the Special Landing Forces Pack and receive 2 premium squads for each side in the Pacific War campaign, soldiers, weapons and vehicles upgraded to pre-maximum level, and also an exclusive decorator for your nickname — let everyone know that they’re dealing with a Pacific War veteran!

GET A SPECIAL LANDING FORCES PACK

The new campaign introduces many unique weapons: from hydroplanes that can land and take off from the water’s surface and amphibious tanks, to amazing lunge mines, phosphorus grenades and SPAAGs. No matter what side you choose, you’ll find something to your taste.

Learn about all of the available weapons in our devblog.

Supporting the Pacific War battles will be the floating fortresses — American and Japanese aircraft carriers. Pilots will be able to resupply and repair their aircraft on these bases. While enemy attack will be repelled by the powerful anti-air defenses mounted on these ships.

We’ve done a lot of work on visual effects: improved explosions, fire, breaking glass, hits on various surfaces with weapons of all calibers, bullets flying through grass and leaves, destruction of objects, blood, wounds, and lots and lots of other details that surround you in battle have been significantly improved.

We’ve added new ways to interact with surfaces. Now hitting a dune will make a handful of sand fly into the air, and jumping into a wet trench will splatter dirt all around.

We’ve also improved the variety of sounds for tank engines and tracks. All new effects look and sound much better, more detailed and realistic.

Great news for the players of all platforms: we continue to improve the game’s performance without losing image quality or resolution through better resource management. Enlisted now looks even better, but system requirements haven’t changed, while the frame rate has been improved!

A lot of work has been done on the game’s visual quality: we’ve improved the way the flora looks at distance, added a faraway fog effect (with an option to turn it on or off), and improved the rendering of water surfaces, reflections and refractions. Water ripples, foam effect, reaction to rainfall, new reflections: you can check out the results of our work in all campaigns.

3D decorations have been added to all campaigns. Personal belongings, camouflages, weapons, useful items, and just talismans for luck that tankers in WWII carried on the armor of their vehicles.

Make your vehicles unique! Place the decorations in the same manner as you do the historic decals: there are separate slots for them.

We’ve added replays to Enlisted. Now every battle in the game will be saved on the server, and you can watch them from all angles. Whether it’s your battle, your friend’s or some other unknown player’s — doesn’t matter!

To watch the replay, launch the Enlisted client and log in under the same account on Enlisted.net. On the “Replays” page you’ll find the list of recorded battles and a filter to help you find your battles or sort by your personal criteria.

You can rewind and pause the replay, change the camera angles — or even enable the movie mode that allows you to change color palette or even swap the time of day in the recording in real time!

OTHER IMPROVEMENTS IN ENLISTED 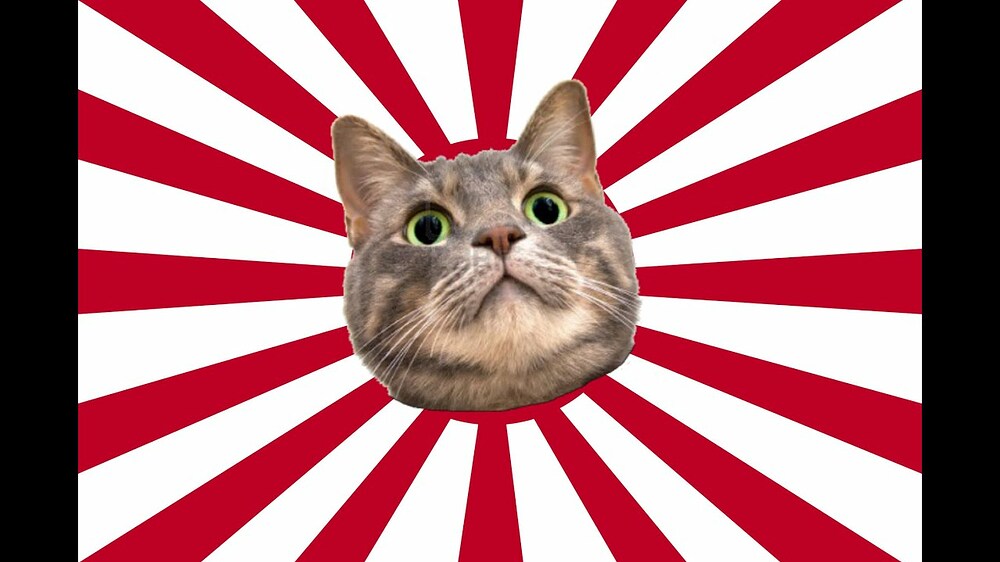 Many faces and uniforms glitched out after this update. Please fix it seeing as some people payed for certain faces, uniforms and hats/helmets

Added a possibility of chopping off an enemy’s body parts with some melee weapons.

I committed suicide 6 times next to an American tank, 100% immersive 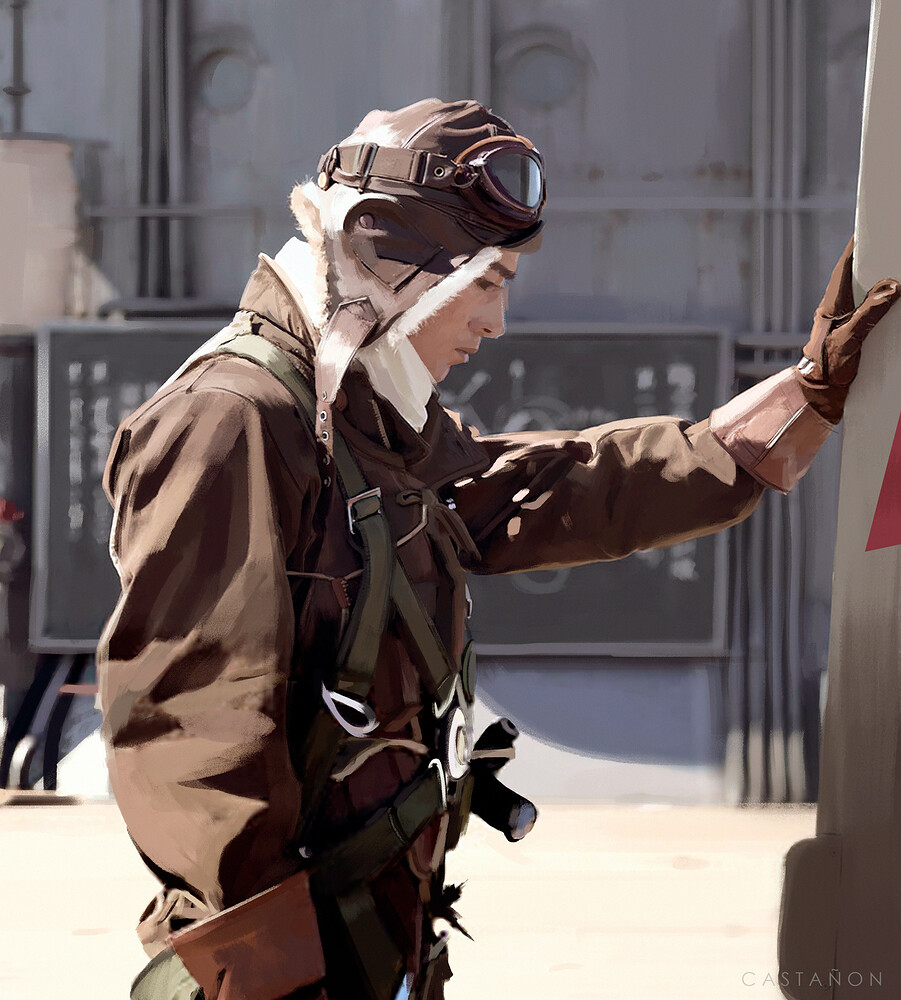 We will be very grateful for your feedback. We collect and transfer to developers.

I am honestly surprised the Pacific came out this fast. I look foward to see how it grows and evolves over time with more content.

Although I am unsure how I feel about this campaign encompassing the entire Pacific Theatre; because I like the core campaign system we already have. Who knows maybe it will be changed at some point. Or who knows maybe I’ll get used to it. We’ll just have to see

But over all I am pretty happy with this update

KEO, is the dev team still working on new maps for Stalingrad? Lot of people still love the campaign, hope to see more content next update for it! <3

Also for some reason every soldier now has huge black bushy caterpillar eyebrows on their portrait and it looks really out of place, lol

The pacific have become nothing but AAA gun spam and a meat grinder.
I try 7 matches I can’t find a far too much one side matches)

We will be very grateful for your feedback. We collect and transfer to developers soon™.

When do you plan to put dispersion on the stat card so I and all others don’t have to datamine to check it??

Yup, yet another allied stomping ground. Yall gave the Japanese dogshit starting weaponry for whatever reason.

I won’t lie, that update caught me off guard. I expected to see a release date in this post. Pleasantly surprised.

The update is downloading sloooooowly for me, variable from a few kB/s to roughly half my max download speed at best.

Yeah but it has 32 rounds, and a damn bayonet

And i am stuck on the damn trash M50

Cant wait to get my Grease gun

hey just played practice using the lvt first off you only get 4 crew members when there are 6 positions, and the Japanese get 7 also even if you get 5 people in your tank one person will stay out and no one will man the 2 rear mgs, please fix this as it is unfair towards the allies and i really want my lvt to work