FOR OUR ANNIVERSARY EPISODE!

We’re thrilled that “Making Enlisted a Better Place!” has become one of the most requested news articles in our project. Well, of course, a lot of that is thanks to your feedback, that keeps bringing us great ideas. This episode is no exception and is dedicated to improving squads that will be useful for every commander.

Skilled players frequently form their squad into a different structure and behavior than the defaults. Assaulters you would want in a tight formation with high aggression, and the Sniper squad must sneak to a favorable position without attracting unnecessary attention to themselves. Every battle you were forced to give your squad behavior commands anew. Again and again. 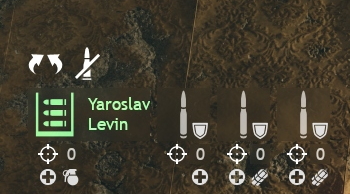 No more of that! Now once given, commands for squad structure and behavior will be recorded to take effect during the following respawns - both in the current battle and in the next one! Each squad will have its own commands stored.

And to make sure you’re not confused, customization of a squad behavior and structure will be marked in the interface with special icons.

SWITCHING TO A COMBAT-READY SOLDIER

Do we need to remind you how often you have switched to the next squad member in a critical situation only to find them badly wounded on the ground?

We have improved that game logic as well. From now on, when you switch to the next squad member, all seriously wounded soldiers will be skipped if possible.

This is more of a bug fix than an improvement. If you took a hammer or a grenade and switched to the next soldier, the previous soldier would not switch back to their weapon and would continue to fight… with a hammer, for example.

From now on, leaving AI-soldiers to their own devices will no longer mean that they play the reckless hero, but will arm themselves quite sensibly with suitable firearms or edged weapons from their inventory.

Well done update. Been bugging me with that hammer thing still in their hands xD

Glad that damn hammer bug is gone. Got me killed more times than I can remember

if only they could xD

Yeah, AIs also know how to use melee weapons like knife and axe too! (they can also kill people with it but unfortunately the engaging range are so short)

will there be big update dev blog today?? the BP is ending in 5-6 days

All cool, but AI is still as brain dead as ever.

Consider - option to AI reload weapon if % of magazine was depleted for a certain period of time.
It’s pathetic to swap to an AI soldier on the heat of the batle just for him to have 1 bullet on the rifle.

Hello, because I am part of a large Czechoslovak community and we organize events every week, I would welcome more detailed custom match settings. The possibility of locking, increasing slots for players such as 30vs30., The ability to modify units and not have to disconnect from custom match, iteration chat, the creation of a large battle group, I mean preparation for clan wars (just an example).

Finally, we can skip through downed soldiers.

I see this game is now passed content update stage, to the improving details stage.
Players will be happy to see improvement/bug fixes. But whether stay playing or not is still depend on whether there will be new content(map/weapons/vehicles/mode/etc) or not… 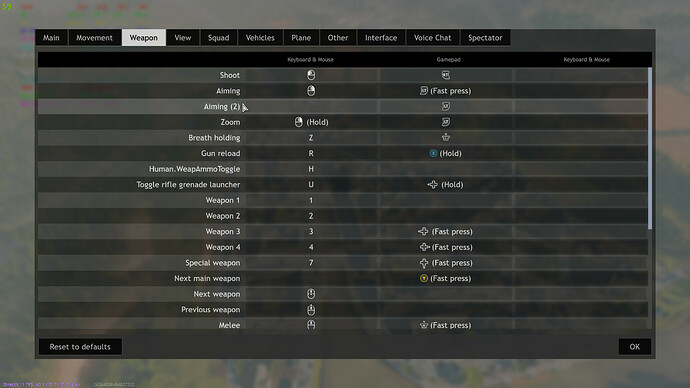 There's sth odd of Aiming key settings, for toggle or press and hold RMB. (Trying it after you set up may force you a complete key reset to temporary solve the bug) Bug Reports

[shot_2021.10.01_22.35.01] 2021_10_01_21_54_38__20548.clog (6.4 MB) After the cross checking profile corruption for my friends, the game messed up of multi accounts’ settings. Then I tried to change back to my previous key settings. I configured this game according to my RO2/Verdun key settings, with some of my ARMA3 key settings, and was establish back in CAT. I use toggle RMB for ADS, while holding RMB for zoom. The breath holding is useless after it cost stamina, while can cost many issue…

No one, even veteran knows how to easily set aim style for toggle aim/holding aim if he triggered the bug.

When will the fire mode of some automatic weapons be changed to the default full auto? Such as FG-42 and AVS-36

Great update! However my squads doesn’t seem to make a change at all when chosing different formation settings.

I would welcome more detailed custom match settings. The possibility of locking, increasing slots for players such as 30vs30., The ability to modify units and not have to disconnect from custom match, iteration chat, the creation of a large battle group, I mean preparation for clan wars

Well I thought the squad behaviour saved anyway, but that does explain my troops acting very differently, good to know.

As for other tweaks, good to hear this issue with hammers was fixed, thank you.

Will update be this week or next? I’m just so excited and can’t wait for my tail gunners, plus bombers and new campaign we were told about… if you add Tail gunners before the new campaign please, to save delays.

Along with this update, i would welcome more focus on AI environment in future, specifically their ability of using a tank and vehicles, ability to fight more competent NPCs with more powerful firearms in custom battles and their count vastly increased therefore creating more PVE content.

Most of custom battle lobbies are quite empty of players (as you may have noticed) where once you join, you will find yourself playing against mindless bots or few players which is easy as hell and you wont even get full reward in most cases, which makes custom battle gameplay looking totally ridiculous. Entire mode looks dead and needs an extra care

I was just asking about the squad behavior like a week ago. Did I do this? Can I have a gold order gun for the good idea? No? Ah well it was worth a try!

If you want to see this update in video form, click here.

I would give this update a 9/10 actually since this was a big gripe when playing squads who always resorted to using secondary weapons or not switching back to the primary weapon after using an Engineer’s build hammer.

Also, nice use of one of my t-34 graveyard sessions lmao.

Wonder if it applies to AT troops using their AT Rifles?

This update has literally just been a buff to my gameplay completely. Thank you for giving commanders the tools they need to keep our men alive!

It’s a small step for AI but a giant leap for Enlisted.