Engineer built machine guns should have either an adjustable angle or should have their range of motion toward the ground increased. All too often I want to setup a primo machine gun nest only to find I can only shoot people 100’ away because it can’t aim down much. They just run under it.

Same deal with gunner squads. Build sandbags with the engineer to mount the mg just to find I can’t aim down enough to shoot and they just storm. Limits you to second story windows and even then.

Please let mounted weapons & MG nests shoot down to the ground at least at a 45° angle. Below are a bunch of screenshots about what I’m referring to. The red line demonstrates the lower aiming limit of the machine gun in the photos. 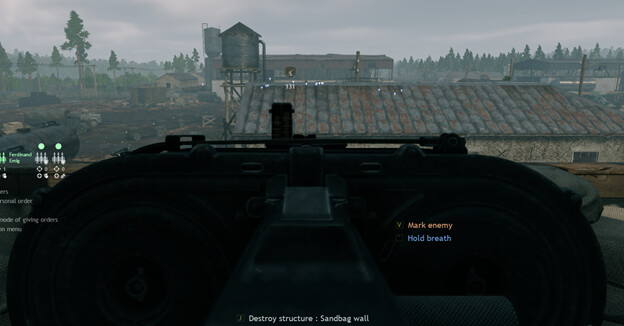 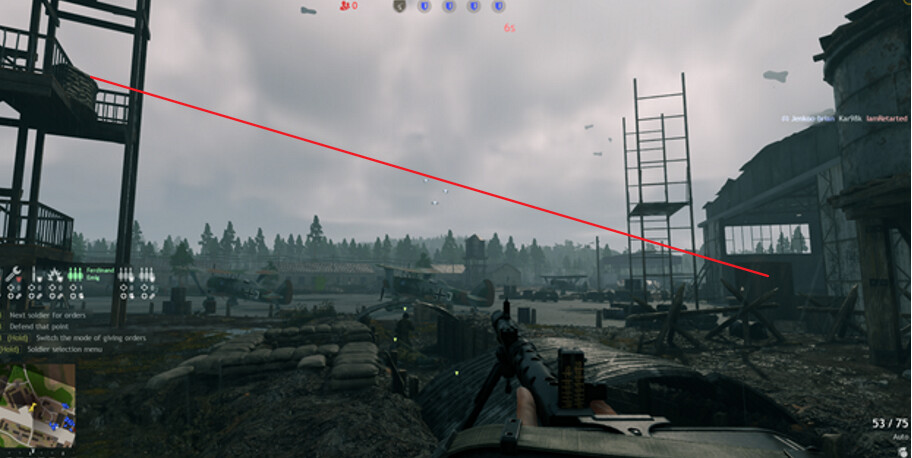 If your range of motion is low, it means that there’s something obstructing your soldier’s movement.
So, if you mount in a window but there’s a cabinet to your left, your soldier won’t be able to aim far to the right because to do so, he has to move left and the cabinet is blocking him. Try mounting in less obstructed positions. For up/down not much you can do : P

The other thing to be aware of is building near a drop off or on the edge of a crater. If it is too steep you lose control of the gun or fall to the ground/first story. Can be rather annoying but it’s workable.