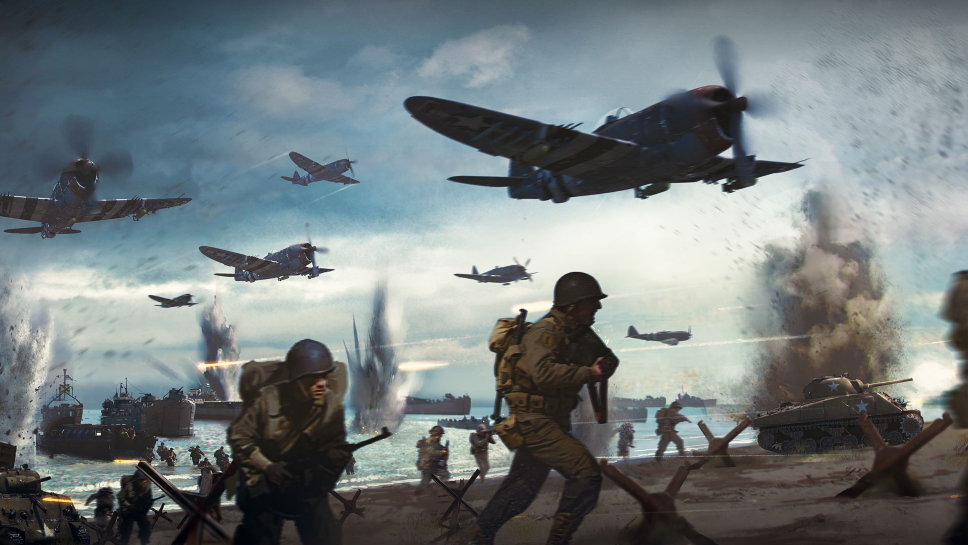 Early on the morning of June the 6th on the beaches of French Normandy, the incredibly massive allied landing operation began marking the start of the liberation of Western Europe.

This intense battle known widely as D-Day is represented in Enlisted in a variety of different missions, including the famous beach landing. To celebrate the anniversary of this operation, we are presenting the first ever event in Enlisted!

YOU CAN EARN SPECIAL REWARDS IN THE “INVASION OF NORMANDY” CAMPAIGN

the tasks must be completed sequentially

Give more “content” (stuff) to do in the game and give opportunity for all players to earn golden gun order.

I think 3 days is too short of a Event. Also I bought the Premium Squad for a thread before the sale happen. Same with on Premium time, should I contact support to ask for a refund? I bought the premium squad only a few days ago. Premium time i bought the 1 year at 9990 Gold.

Other games like League of Legends and such does gives you in game currency back if its within a 1 week period. Imagine you bought premium for 1 year for 9990 and the next day you found out its 90% off

There was a mistake in the announcement. Forgive us. Assignment for machine guns.

Also, by making it so the missions have to be in order you just blocked new players to the campaign out of the right to the last two missions, the ones that actually matter.

Flame Throwers also not counting for kills. I killed at least 10 ppl with Flamethrowers

Missions are sequential, you have to do them in order

It does, but you need to do the tasks one after the another…

That doesnt sound good imo for 3 days for this much troubles. i had 120 kills and 4k score. doing so well with machinegun

I had lots of machine gun kills in the previous 112 kill match I just had with the Axis, but event shows still zero kills. Is this for Allied only or what?

Unless the Devs plan to do these kind of events very very often, then 3 days is fine.

Map MGs work, so just play a couple rounds as axis to finish it.