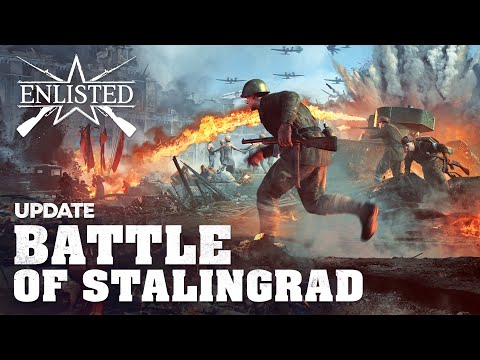 Meet the newest update to Enlisted and welcome in the new campaign: “Battle of Stalingrad”.

With the addition of one of the fiercest battles of World War II, Stalingrad will bring a lot of exclusive new features to Enlisted: flamethrower tanks, a new class - the Medic, bomber air raids, customization of soldiers and vehicles, as well as many variants of new weapons, such as the Ampulomet and remote explosives.

You can fight for Stalingrad for free or by purchasing the Full-Access pack - allowing you to speed up your progress and get access to more units, weapons and vehicles.

New items are waiting for you in the other Enlisted campaigns as well - new locations and missions, weapons, squads and vehicles, AI gunners for aircraft, silenced weapons for all campaigns and armies, updated effects and improved gunfire sounds, and the first female squad in Enlisted! 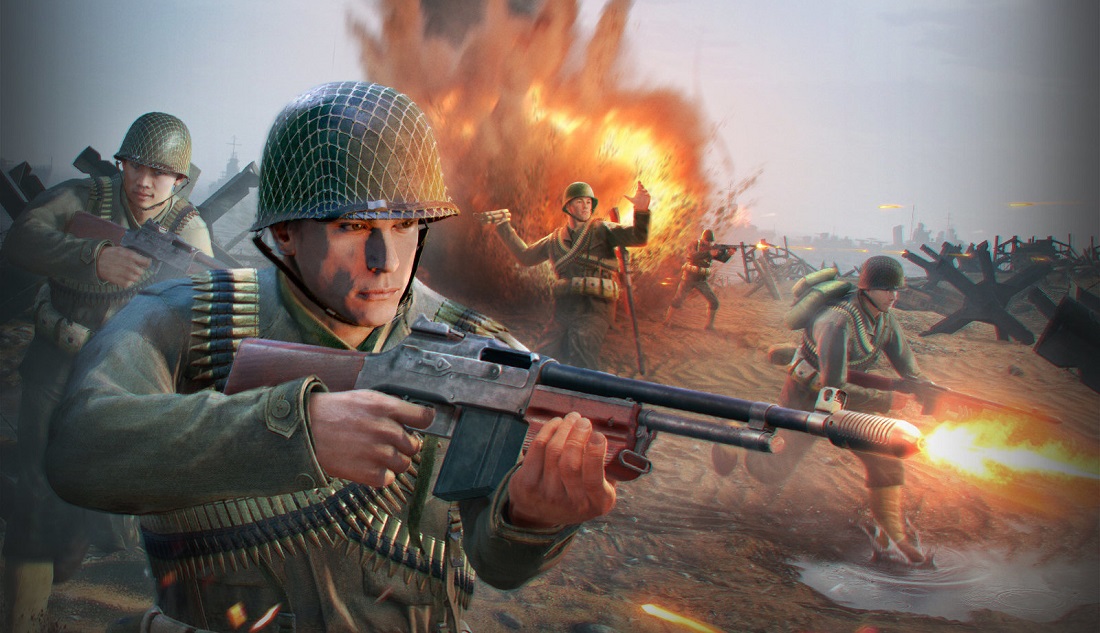 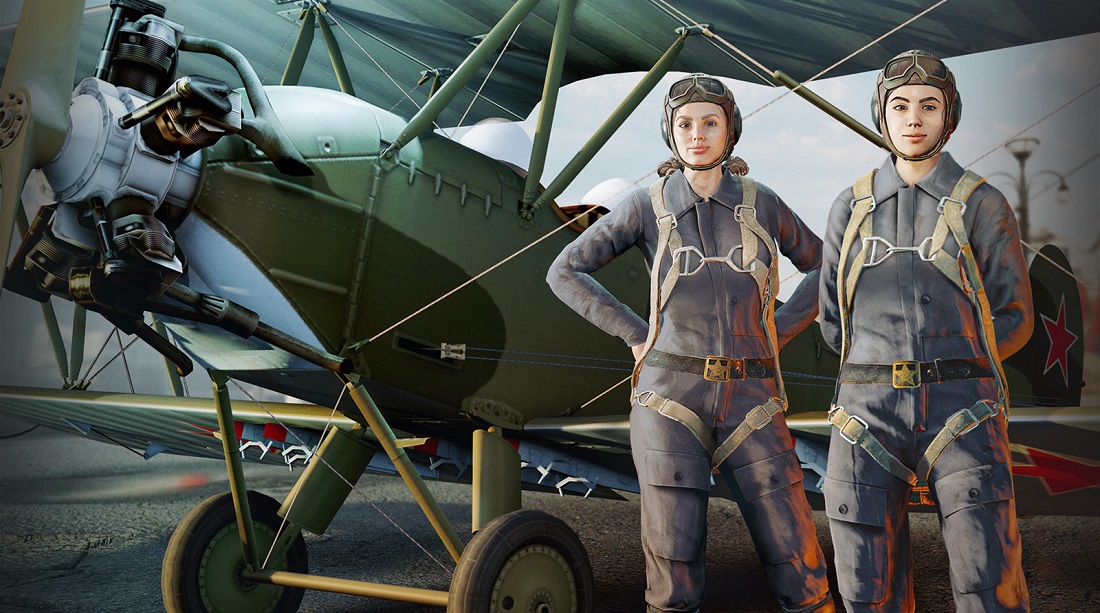 The next Battle Pass season begins, where you’ll meet new heroes, test silent weapons, and get uniquely camouflaged equipment, among various other items. We’ve discussed the season in more detail in this blog.

New weapons of the season 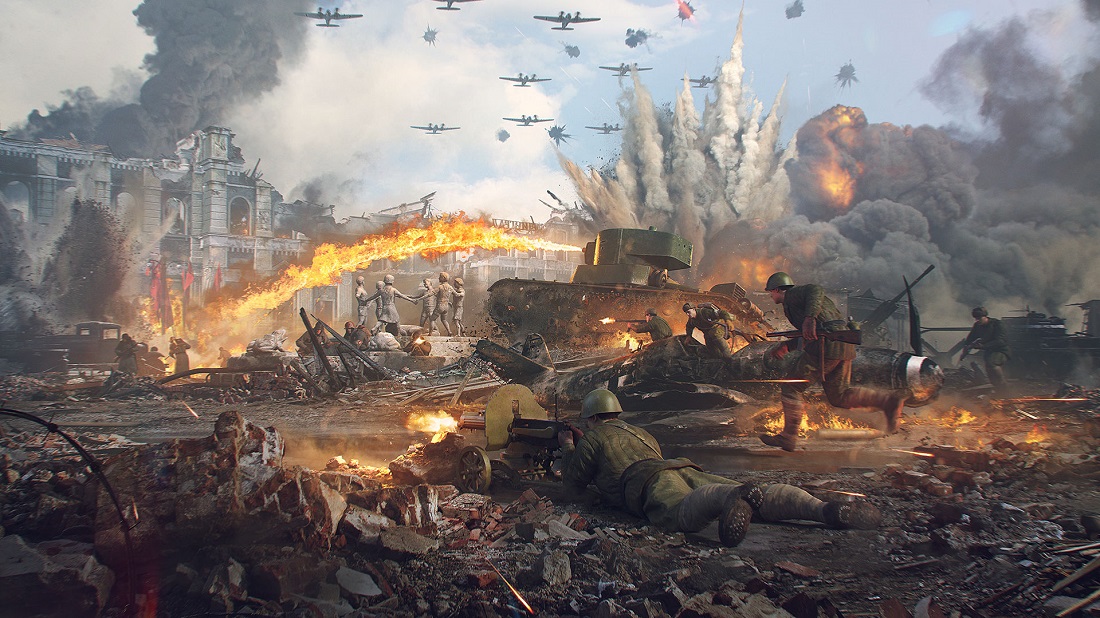 The update can be submitted right here!

Due to technical reasons, the Battle for Stalingrad update will be available on Series S|X later than on other platforms, we are actively working to resolve the issue and the game is temporarely unavaliable to players. We apologize for any inconvenience.

Emm, what the difference between current “full access” pack, and the previous “pre-order” pack?

See you on the weekend Shiivex. Make sure you got a few cigars and some coffee

. Its going to be a LONG night.

Emm, what the difference between current “full access” pack, and the previous “pre-order” pack?

So it’s a bug. I thought it’s a feature for balance purposes

@1942786 there is already visual bug with new weapon Browning M1919A6, I don’t have access to this gun yet but @53841888 already said about missing ammo belt for this weapon as well there is something wrong with reload animation, please check it.

The update is here! Mess Room

My personnal top 5 of gameplay/fix of this update:

AI-soldiers now take longer to spot and engage a player who is out of their line of sight.

Added AI-controlled gunners to control the rear turret of aircraft

ixed some visual errors regarding aircraft, including the presence of a smoke trail on planes with undamaged engines.

in addition Molotovs will be able to disable the engines of vehicles more effectively.

This ! I want to play so bad, but im cautious because of this alert with Bitdefender.

That’s exactly what a hacker would say. Just kidding, thank you

the Kiraly 43M (with premium squad),

Also, i almost forget, This regiment was not part of 2. Falshirmjager Division in Normandy but part of 91. Luftlande-Division, or in game 91st Infantry Division. Please change that. 2. Fs-Division didnt fought at Normandy as Division, it was transfered to Brest.
Would you reconsider this change?

Not my tank knife kills.

We found out a bug - you can build rally points on objectives in Stalingrad.

Added mechanics of stamina use when aiming down the sights while using heavy weapons. If the stamina level falls too low then the soldier will be unable to lift the weapon and fire. Stamina is not drained when using a bipod (this mechanic is realized in the “Battle for Stalingrad” campaign).

This one is very interesting. I wonder how will it play out.

I have to say, im really dissappointed you didnt make any effort to actually give Romanian planes to Romanian Air Force!
I was happy when i saw small axis weapons and vehicles, thinking i can play Hungarian or Romanian, but there is not a single small Axis soldier in entire Stalingrad campaign! Not even theyr planes!

And dont make me start about that how much costs Bi-plane!

is it just me or the “update” is redownloading the whole game?