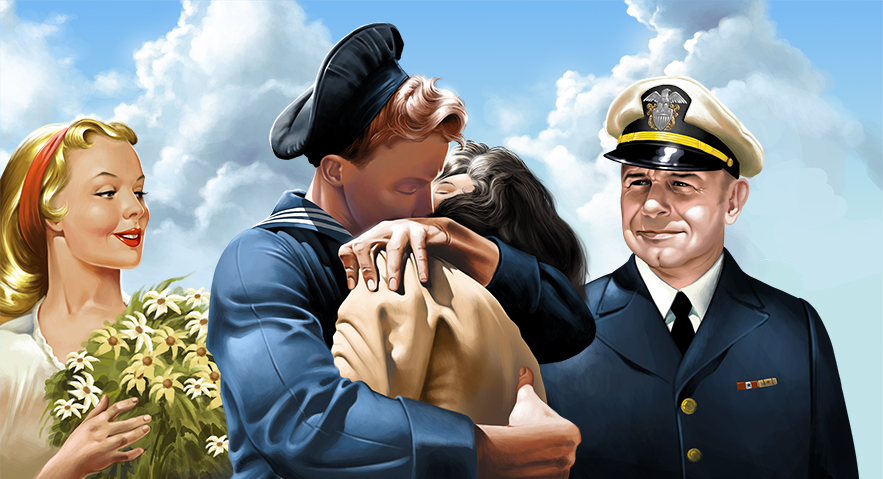 The bloodiest war in history finally ended 77 years ago. Ever since then, we remember that event as one of the greatest victories in the name of peace.

From May 6th to May 16th (13:00 GMT) we celebrate Victory Day in Enlisted! Demonstrate your skill as different classes and receive your well-earned rewards.

Your progress in this event is recorded as you complete all the tasks in a given day. The tasks are reset at 13:00 GMT. 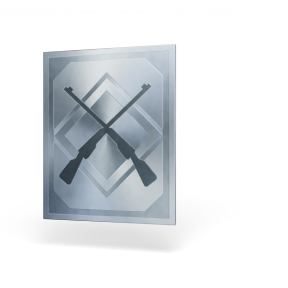 Silver order for weaponry and soldiers

Can be received one at a time for completing all the daily tasks. 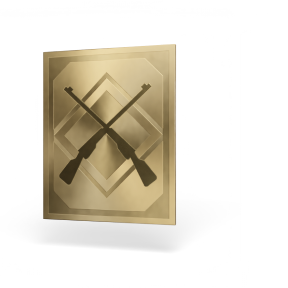 In this event you can earn up to 5 tickets for special weapons and then exchange them for the reward you like the most.

Can be received by the USSR army in “Battle of Berlin” and “Battle of Stalingrad” campaigns.

Such an atypical hue is extremely rare, as it breaks the strictly enforced standards of oxidizing the weapon’s components. The brownish-red coating is as reliable as the familiar black one, but it certainly gives the weapon a very unusual look.

Can be received by all armies in all campaigns, except for “Battle of Stalingrad”.

Don’t let their “collectability” fool you: they’re sharp and can kill any enemy with one hit!

Allows you to receive a unique weapon from any season of the Battle Pass.

As in case with tickets for the event’s weapons, you can choose your reward yourself. For example, in this Battle Pass season there’s a silent weapons pack in every campaign. But you can also keep your Gold order for upcoming seasons.

Each day of the event is dedicated to a specific soldier class, with the tasks tailored to its play style. The tasks have to be completed consecutively in the Squads mode.

The main manpower of every army. Riflemen performed the hardest assaults on the enemy’s fortifications. No army could exist without them.

Firepower that can turn the tides of battle — in the hands of a single soldier. Only the most hardened and experienced fighters were entrusted with such a weapon.

It’s not merely a profession, but also a skill, so this day’s tasks can be performed with any weapon. Just keep your aim steady and hit the enemy right in the head.

Heroes of urban warfare who fought the enemies while looking them right in the eyes. They went in with conviction and came out as victors.

They have hands of gold. River crossings, reliable fortifications and field repairs. Thanks to them vehicles could return into service and armies could pass where there were no roads.

They’re pros at eliminating vehicles and destroying fortifications. To them, an enemy’s armored monster was as easy a target as a simple infantryman.

They were feared! The flametroopers covered their comrades’ backs and stormed the most well-fortified outposts.

The soldiers’ link to the world. No matter how powerful your army is, without communication it’ll lose a lot of its valor. And don’t forget about other bonuses of radio operators, such as artillery strikes.

Help from above. How many thousands of tanks did the enemy lose in its destroyed factories, how many bridges did its columns not pass and how many lives were saved by our attackers, fighters and bombers.

The main star of all full-scale advances. The invincible comrade who paved the way for the future heroes. On this day the rattle of tank tracks is the music of Victory!

Ouh yea, that is what I want to see besides my missing Elbe Day Pack.
Thanks!

It’s great to hear that you like these awards. We will try to be more original in the future.

What is this “red” PPS nonsense?
For the love of god, don’t turn this game into another “skins paradise”.

By the way.
Can you find the photo that became this drawing?

What is this “red” PPS nonsense?
For the love of god, don’t turn this game into another “skins paradise”.

There are a lot of weird things on the Internet.

No kidding. We’ll be careful.

this drawing is obviously inspired by this picture who has been take at the J V day (japanese victory) so , it is a tease for a pacific campaign ?

A good event, looking forward to more of those

Oh yeah! Now you’re talking, this is the kind of event I like!

They have hands of gold. River crossings, reliable fortifications and field repairs. Thanks to them vehicles could return into service and armies could pass where there were no roads.

This is my day. My day to shine and show the games world how powerful engineers are!

and The grenade has not changed~

Hate to disappoint you but one of the first tasks is bugged:
1 victory in any campaign doesnt seem to work.