Tank and AT gun aim shake

Can you do something about the shaking that sometime happen when you are on a tank or an AT gun? 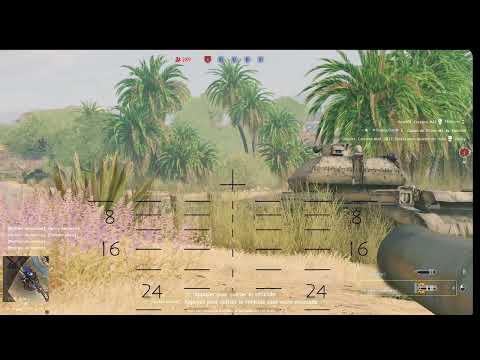 That wierd wobbling makes me ill sometimes. I think it’sProblem of Dagor Engine, Since that also rarely happens at WT either.

Ya it suck’s the only way I can get it to go away is by moving to a different spot, even a few feet can make a difference.

The Maps that are super cluttered with junk are the worst offenders, normally on Tunisia I dont experience it often

This seems very common in Normandy for some reason. The wobbling can make a huge difference in whether or not you win in a tank fight.

They should add the ability to “change view” just like in the commander seat of a tank to allow us to use the old view of AT guns. Using the actual optics is cool and all, but being forced into tunnel vision always kinda blows.

I like the optic. It’s so much better than the first version with litteraly nothing.
But maybe a button to look outside like for the tank could be a nice little feature

My assumption has been that i’s the vehicle interacting with a terrain element, like how even wrecks sometimes bounce back and forth on something.

I’ve had this problem with AT guns on Normandy campaign and the Stalingrad one, which is why I quit making AT guns majority of the time since the wobbling is very annoying especially trying to get a good pen, them the time required to set one up only for it to do lé wobble. That and AT guns are a nightmare to try and move if they’re already placed for console at least

Edit: Also I’ve only been having this problem in maybe the past month and a half or so

Indeed, I think it’s because of the ground.
But I happen sometime for no reason and stop the same way for no reason, even without moving. You can see it a little at the middle end at the video.