Literally every single smg except the FNAB-43 is useless compared to every Bolt-Action Rifle in the game.

A Bolt-Action can target and kill 3X faster than an Smg can because you have to pull the gun onto the enemy after every 2 to 3 shots which is unrealistic.

please just revert the Smg recoil back to Pre-Stalingrad, after all you buffed the bolt action rifles to guarantee 1 hit kills why make smgs so ineffective?

The bots even react to threats at the speed of light so it won’t and can’t be overpowered to revert it.

Edit: i can’t believe i have to explain what i meant when i said “The bots react to threats at the speed of light” but thats just where we are.
The bots are designed to immediately kill you after missing 2 to 4 shots…

except when you’re fighting more than 1 guy, which sometimes happens

If you hold the trigger down, it instantly signals the bots to terminate you

works on my machine

The faster the RoF, The faster the bots target and kill you, FNAB-43 has low recoil and low RoF making it the best smg in the game.

SMGs are mostly useful at close quarters, mostly for Attackers. but well after the Bolt action buff the battle distance got quite long, making SMG more ineffective either.

Well Bolt Actions needed some buffs actually, but now is quite unnecessarily strong. well alongside the SMG buff Reducing Bolt actions’ Longer distance damage (except Sniper rifles) will do I suppose, by making them less fight only far back.

I’VE been feeling a little weird about THE SUBmachine GUN’s kill efficiency lately, Because lately I’ve been seeing a lot of.45 ACP within 10 meters, and five shots can’t kill anyone

By the way, have you seen the new announcement from the production team

those are wierd. they should had been before M2, not after. I am working on a suggestion about the Campaign - Tech tree rework which would help solving those problems, but i wonder will they apply or change some.

If possible, I hope you can also make a post to make fun of the Normandy update, the M1928A1 is a useless scrap metal (although the opposite side is also unnecessary STG).

t the tech tree in Normandy… I have many ideas

this would make each campaigns less grinding I suppose.

The PPSH is hands down better assuming you understand how to position yourself to avoid the bots lock on. I’ve shredded multiple squads with it with no issue from the bots.

I think some features of guns should also be done well. For example, the Johnson Light machine gun this time, not only has some problems with the model, but also the adjustable firing rate has been perfunctorily copied by the production team from the slow automatic speed of Bar A2. Historically, the firing rate of Johnson LMG can be adjusted between 200-600 rounds/min 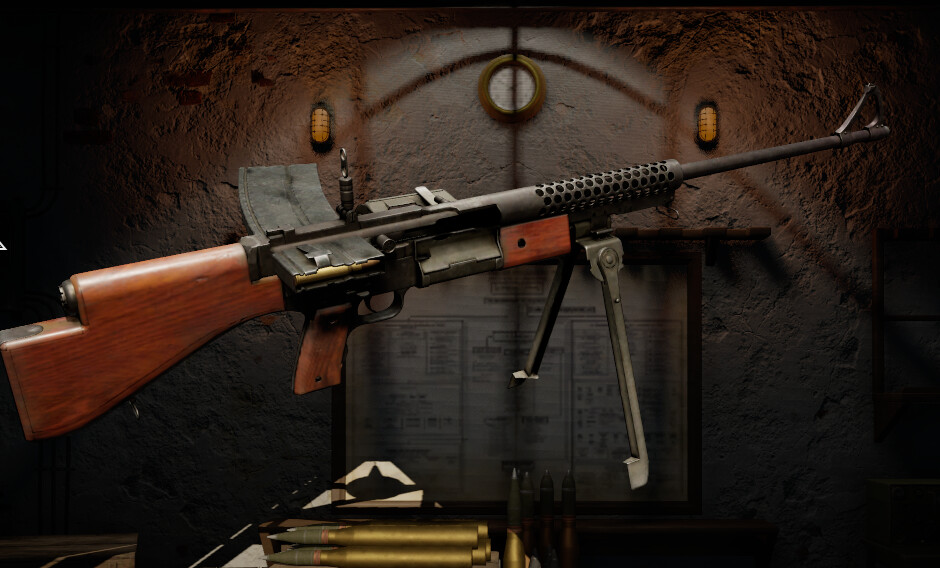 A magazine with nowhere to put it

But incorporating tech trees is a good idea, too much copy and paste

This is from Wikipedia

-says smgs are bad
-bolt actions too op pls nerf
God, smgs are one of the easiest weapon types to play, literally just point and fire away into a squad. By the time you rechamber a round into a BA the guy with the ppsh, Thompson, stg is going to kill you and your entire squad.
Skill issue