In the upcoming major update, the effectiveness of your soldiers will increase with an arsenal expansion as well as new equipment. From now on you will be able to use impact grenades, binoculars, and a water flask to aid in battle. 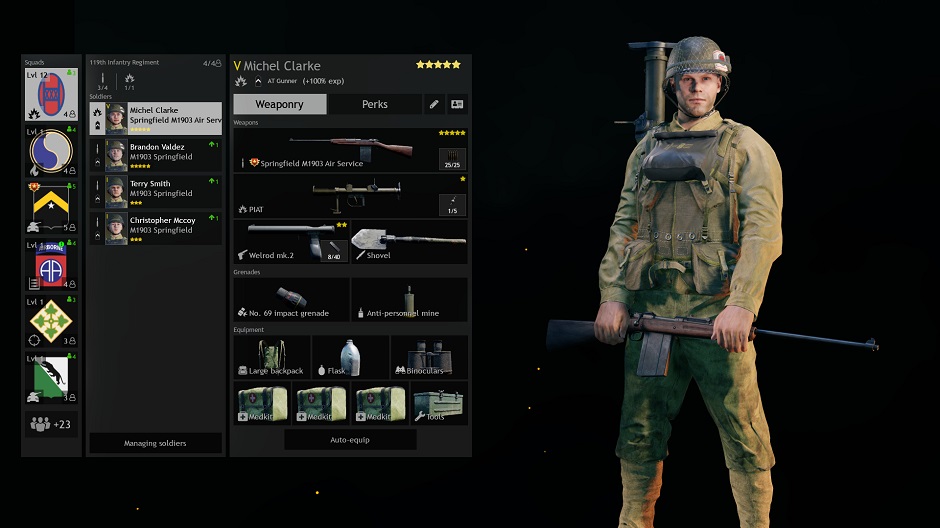 These are anti-personnel grenades with a new detonation mechanism with no waiting period: toss, hit and explode instantly!

Impact grenades will appear in the Tunisian and Normandy Campaigns on both sides. You’ll find the British No. 69 grenade and the Italian SRCM Mod. 35, as well as a variant used by the German army, the Handgranate 328 (i). 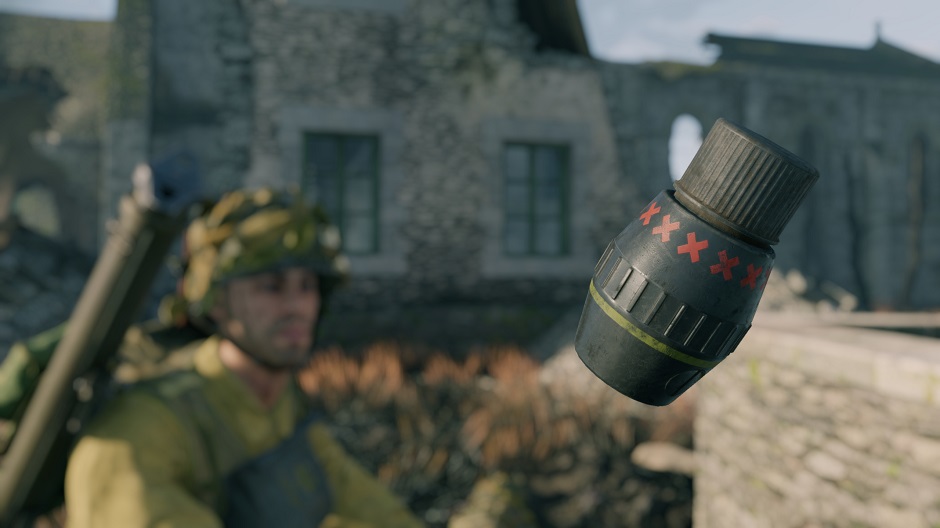 In Enlisted, the impact grenade will become an excellent alternative to the classic explosive grenade, as it provides some undeniable advantages: it can’t be tossed away, it can be utilized very quickly, and you can keep it cocked in preparation for the right moment for as long as you like. 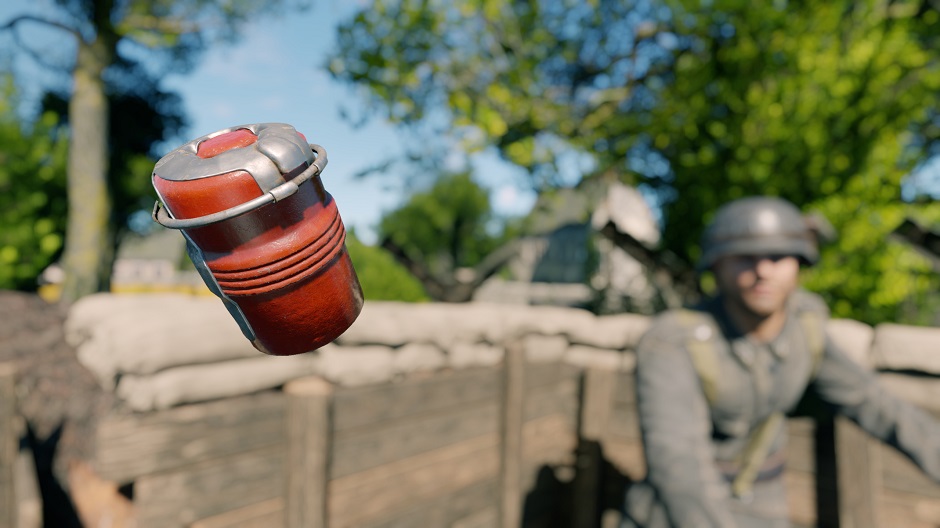 However, the explosive mass of impact grenades is less than standard anti-personnel grenades, so to achieve the same explosive results you’ll need to aim a little bit more precisely. If you manage to, you’ll get quick, effective results. 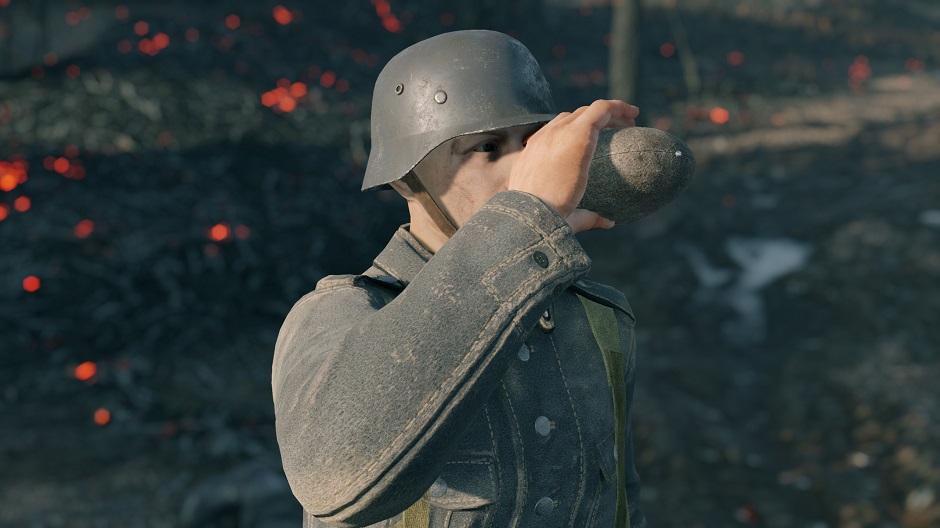 Water is life, and a full flask is an essential part of a soldier’s equipment in any war! Good commanders made sure that their troops’ flasks were full. So do we.

Your soldiers will now have a new slot in their inventory devoted specifically to this life-giving water, which will have its uses in game!

Lost too much stamina after a sprint? Drink from the flask and your stamina will regenerate quickly for some time, even while on the move This will give you enough endurance to escape from incoming fire or outflank your enemies without pause.

You will be able to equip squads with this important item in the Logistics window. 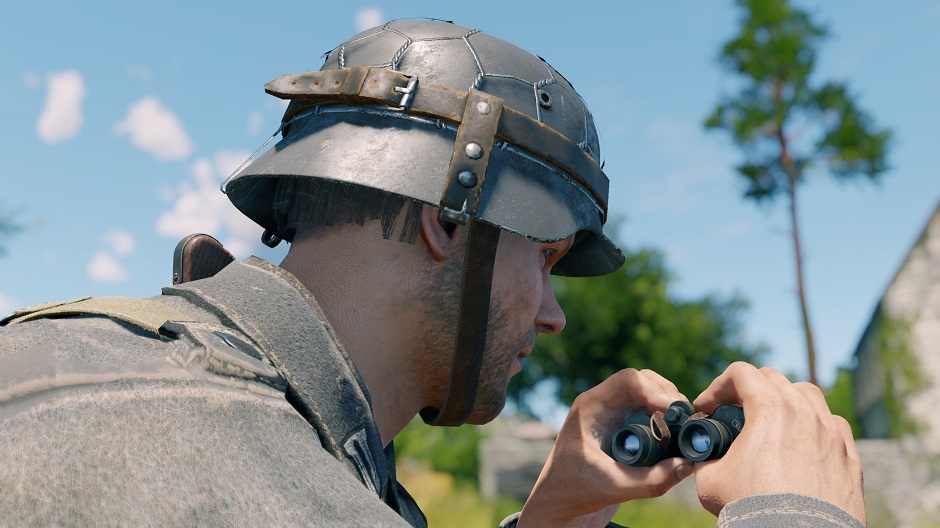 Being aware of enemy positions is half the battle, and we plan to help you gain that advantage in the upcoming update. You will soon have a new tool at your disposal that will allow you to perform more effective reconnaissance.

Binoculars also have a slot in each soldier’s inventory and you can equip your soldier with them through Logistics.

In battle, binoculars are activated after pressing the designated button and in good hands they have a lot of potential, such as helping you find the sniper in the window, note the distant position of an enemy tank, or to just look far beyond the battlefield in a quiet moment in search of the next new location in Enlisted. 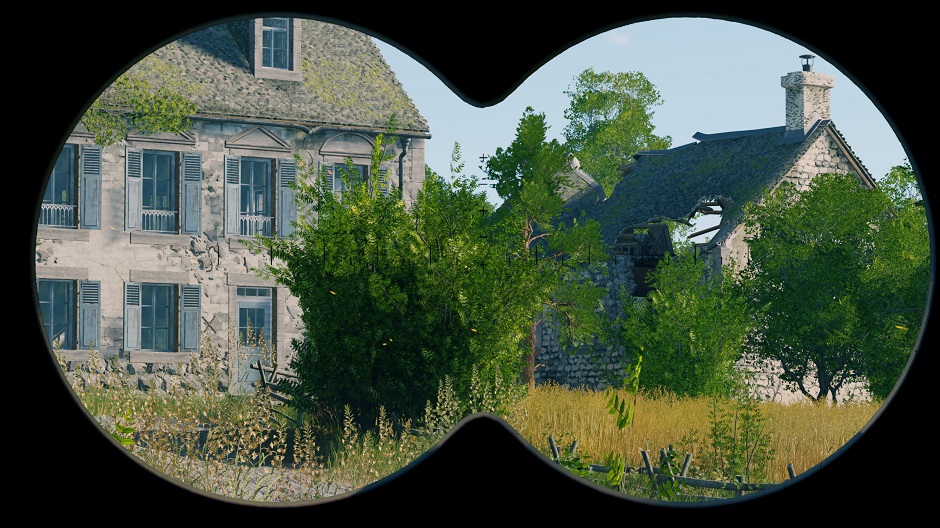 In the major update impact grenades, binoculars and the flask will be available to all soldier classes.

One question. Bronze or silver orders? Which one is it? I mean the price of this new equipment.

The new mechanics sound interesting, however I have a doubt and it is If I have the 100% energy regeneration skill, will this skill, if combined with the use of the canteen, increase my energy regeneration more or will it stay the same? And finally, thanks to the binoculars, the only thing missing is for the tank commander, when he comes out of the hatch, not to be so “exposed”, that is, he can crouch down or just stick his head out, not from the torso up as it is currently, and the fact that to be able to look freely as we do with airplanes.

I’d say that even without a perk, stamina regeneration is quite quick. Will you make it slower now so flasks can be usefull?

Why so many devs today? It’s quite strange considering update is still 40 days away(+14 days traditional dealy)

Cool but again most of these additions are going to be useless.

Enlisted maps are too small for binoculars, and who cares if you spot something? There is no high command or other people you can talk to report these developments. For radio operators they will be useful though.

The flask also seems to be quite useless, since in enlisted dying isn’t punished (Press Y) too harshly and movement is completely free, meaning there aren’t any lengthy prone or stand up animations. Maps are again too small to ever have a need for more stamina.

So basically what i am saying is, this is cool but not very useful.

And this problem is made by the full-auto meta of the game where guns Select - fire (FG42/AVT) rifles Assault rifles(MKB/Federov) and some SMGs(PPSH41) dominate. These “full auto metas” where mostly just these guns are viable if you want to compete and win. This means that enlisteds gameplay is extremely fast paced, similar to Battlefield or COD.

Now limiting the SF rifles to another new class, changing up the squad setups, and importing the changes from Stalingrad to other campaigns could help to make enlisted not as fast paced

It’s either too much or none at all x)

About topic: meh, it’s not like batlefield are so large that require binos tbh… But if players want to play as passive as a pickle sure…

This, shovels, at movement aa guns and so on.

Flask? I think the gameplay is too fast for such a mechanic, like the shovels. Nice ideas, but wasted dev-time IMO.

Most of these updates will have more meaning when the battle area gets larger. Hoping to have bigger maps. Thanks for the update.

It could come in useful in when rushing to build a rally. But I agree, seems a little pointless.

If you have the extra stamina perk + sprint speed the flask gonna be really fun.

One question. Bronze or silver orders? Which one is it? I mean the price of this new equipment.

I was thinking they gonna remove said perk for this item instead.

Good job for binocular , best idea …
for the rest I think abuse will come with it, in the same way as the explosive packs in glitch mode … I will not explain, you already know it, you are the first to abuse it with the Iron Crosses in buildings, enter chimneys to keep a flag in invincible mode, go under a bunker in the same way, decorate a house with barbed wire as a Christmas garland…

We add them to those campaigns in which each country had them historically. The Soviet Union did not possess such weapons and we do not want to give them to only one side.