New gaming mode “Armored Train”, and the addition of “Berlin” on Playstation 4 and Xbox One

Reinforcements are arriving in Berlin! Owners of PlayStation 4 and Xbox One previous generation consoles join the battles in the center of the German capital, and the campaign itself expands by one new location and first introduces a brand new battle mode - Armored Train Escort!

Now let’s tell you everything.

BATTLE OF BERLIN ON PLAYSTATION 4 AND XBOX ONE

We continue to work hard on optimizing Enlisted for a wide range of devices and are pleased to open up the Battle of Berlin campaign to owners of previous-generation consoles. Even after the carpet bombing and barrage of artillery fire, the monumental architecture in these places is still impressive, and the city keeps on standing. Fierce battles are fought over every metre of Wilhelmstrasse, The Kroll Opera House buildings, the central railway station, and, of course, the Reichstag.

But in the upcoming update, the battles for Berlin will extend outside the city. Join other Enlisted players to be amongst the first to experience the all-new location and battle mode that puts all players in a battle for control of a fearsome Armored Train. Push through enemy defenses with the firepower of the steel titan, or prevent it from doing it to you.

Watch out for all of this in the upcoming update.

The new mode will focus your attention on this miracle of engineering - open platforms, covered armored wagons, fully operational and controllable guns: an anti-aircraft gun, two Howitzers installed in the wagons, and one gun in a tank turret on a separate platform. Use this arsenal so the driver can sound the whistle and begin the main action.

In this mode one side must prevent the Armored Train from breaking through to the final point of the route at all costs. And for the escorting side, getting the Armored Train out of the surrounded area is the key goal in the mission.

The train starts moving or makes an emergency stop depending on the outnumbering of one or the other side’s soldiers on its platforms.

As each control point is passed, the escort side receives reinforcements. But their opponents have unlimited strength.

In this mode, we wanted to give you an ever-changing battle scene with completely unpredictable results until the very last second.

As the train moves, the respawn zones will shift as well, so you can quickly get back into the thick of the battle after being killed. Even if you fall behind the locomotive, catching up with the moving train will be easy - take advantage of the many available vehicles. Use armored vehicles and aircraft, ambush the steel giant or storm it and meet your enemies face to face in a bayonet attack.

The first Armored Train in Enlisted breaks through the Seelow Heights!

The Battle for Berlin campaign goes beyond the German capital. We will take you to an entirely new location in one of the key areas of the Soviet assault - the Seelow Heights.

A mission with an Armored Train Escort on the lengthiest of our locations! More than 1.5 kilometers of fierce fighting to the sound of the grinding wheels of the multi-ton iron monster.

Train stations, bridges, villages, forests, road junctions - these are the first places you’ll encounter on the outskirts of the German capital. That’s a paradise for a tactical mind, commanders.

Set up firing points in the houses of a small town near the railroad, use your guns between abandoned cargo wagons, or attack and jump over the heads of unsuspecting enemies from the bridge - right onto the Armored Train that passes under it!

As we promised you, every second of the mission will give you new opportunities.

Armored Trains really took part in the Battles at the Seelow Heights, and our model is made based on real blueprints.

In future, you will be able to get to the Seelow Heights as part of other Enlisted game modes. For now, one long whistle soldiers. It’s battle time!

Only for Berlin? And destruction still only for Tunisia?

Guess we’ll find out how fun the mode is.

Only for Berlin? And destruction still only for Tunisia?

The new regime is presented for the first time in Berlin. If you like it, the armored trains will arrive in other campaigns as well. 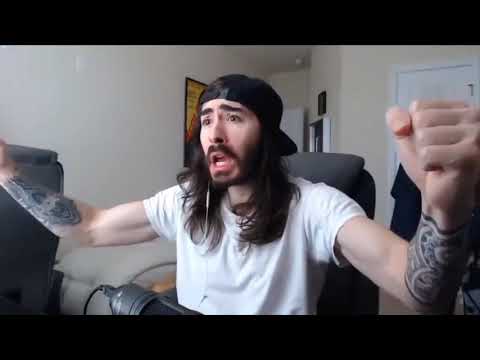 And those are news I love to see. Can’t wait to try it.

Yet another good looking addiction to the game.

Does, the train comes with an extra engineer? (joking)

Now I know why they put Tiger and IS2 in berlin

destruction still only for Tunisia?

No, thats coming to all campaigns as per the blog post…

Soldiers who fight in Tunisia are familiar with the ability to literally change the landscape of a battlefield with the help of sapper shovels. In the upcoming major update we’ll be introducing a new, more efficient and effective way to create hiding places in a clear field. In every campaign! CHANGE THE LANDSCAPE [image] This funnel never existed here in the first place. It was formed by aerial bombs, giving your soldiers the perfect hiding place to attack the enemy later on. And this tacti…

I need to admit the love and details put into the maps, for the sake of the creators I want to explorer the maps in free mode and just enjoy the art please.

This seems like it’s going to be a great update

Just hope all the other campaign aren’t going to be ghost towns. Love the content though

Trains can be destroyed?By dynamite?