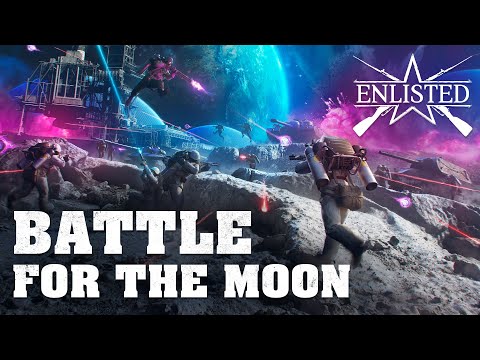 Seventy-six years ago, the Third Reich’s capital fell - that’s usually the end of any WWII storyline. But the Nazis had one last battle in a completely different place, and it is these undeservedly ignored pages of history that have been devoted to the new Enlisted campaign. Buckle up your spacesuit and get ready for overload, our destination is 385,000 kilometers from Earth.

The first battles of the new campaign will take place in the “Events” window until April 11th (13:00 UTC).

The first mission of the new campaign is dedicated to the project with the same name, in which all the German high command evacuated from a defeated Germany. The Third Reich was to continue its activities from the remotest location - on Earth’s natural satellite. 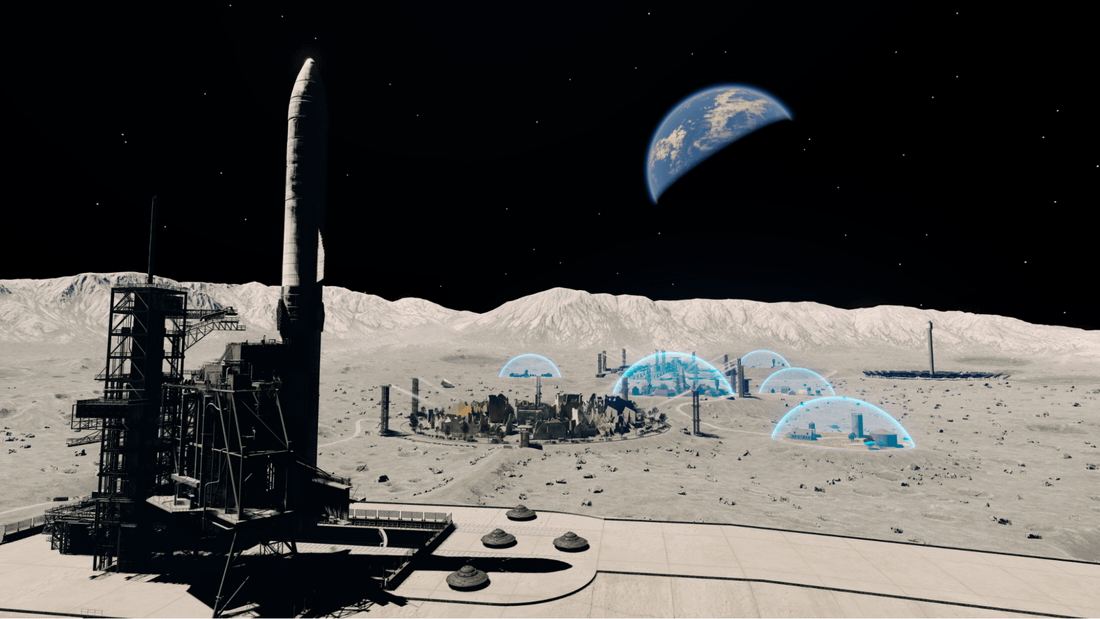 Continuing our practice of exact recreation of key locations in new campaigns we shall present not only the Moon base, but also authentic equipment models of Annenerbe’s elite forces.

Great assistance in the search for materials was provided by the committee against the falsification of the history of lunar exploration, and recent pictures of the satellite from Chinese and Indian orbital vehicles helped to clarify the topography of lunar cities and Nazi strongholds.

The “New Home” itself provided its guests with all the earthly benefits and even the usual European architecture. Our artists modeled fortified bunkers, solar power plants, missile sites and residential areas for the German elite, some of which are still covered by anti-meteorite shields. 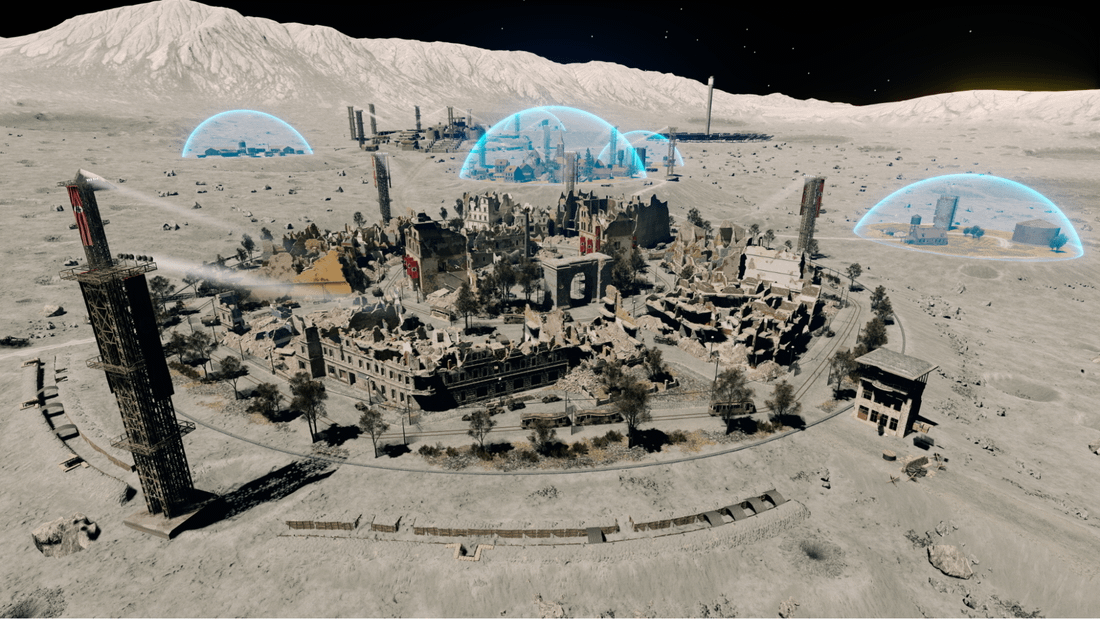 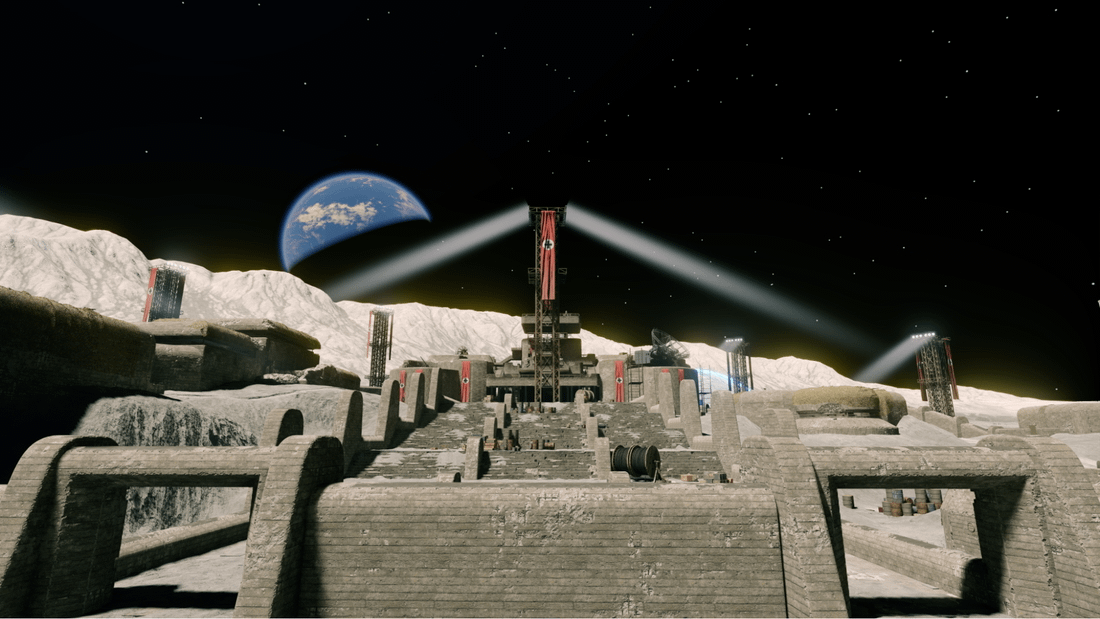 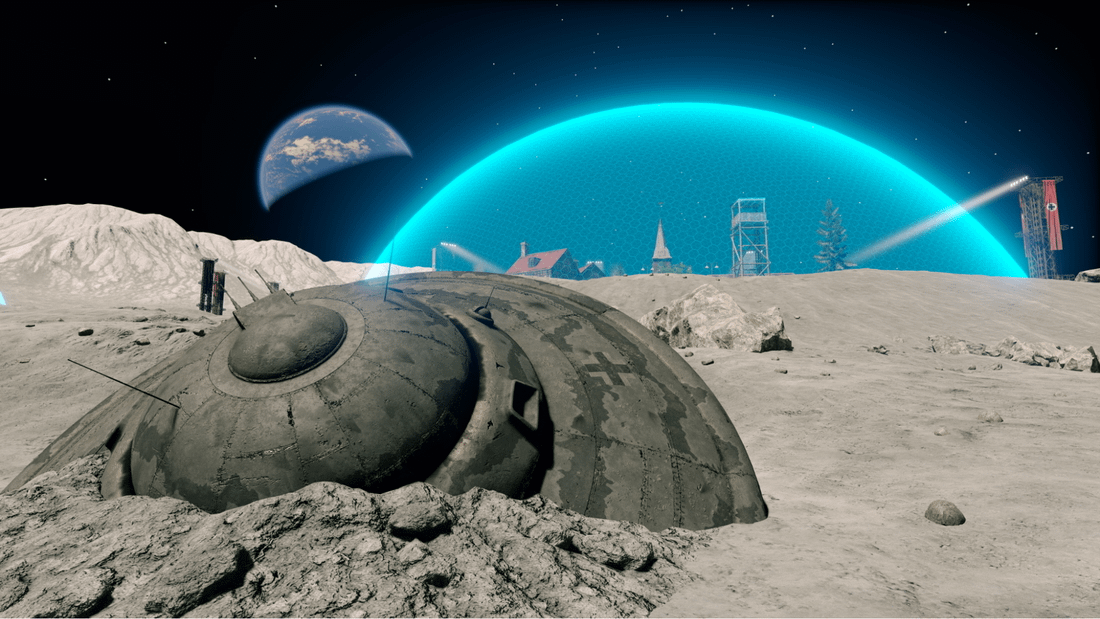 In these incredible but completely authentic environments and at a gravity of only 1/6 of that on Earth, you will face the final battle of the Unknown War.

WEAPONS OF THE SIDES

In the only documented battle on New Home land, both the then-advanced weapons based on new physical principles - plasma meters, blasters and archers - and less exotic weapons like rail guns were used. This complete arsenal will be available to you as a member of the elite squad of the "Ahnenerbe’’ or the Assault Forces of the Allies of the USSR and the USA!

Fires energy pulses, quite powerful and with absolutely no recoil. Presented in the form factor of pistols, machine guns and rifles. 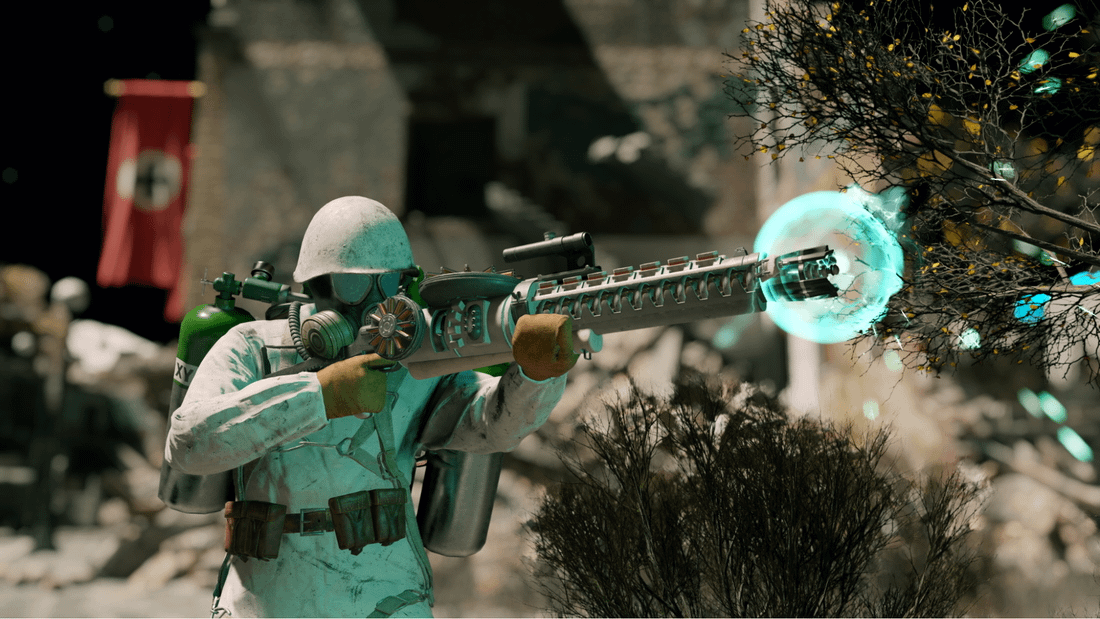 Accelerates a small tungsten projectile to a speed of 5 MACH, which is enough to tear an enemy to pieces in a single hit. Each shot takes about two seconds to load. 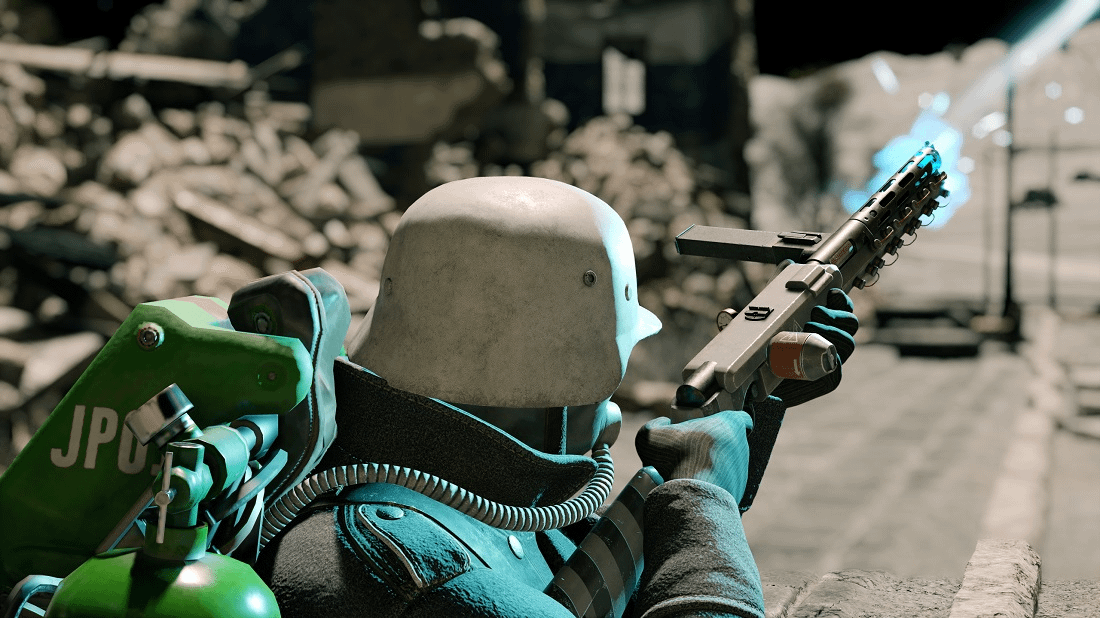 Continuous stream of ionized superheated gas vaporizes any target, but effective only at close range. 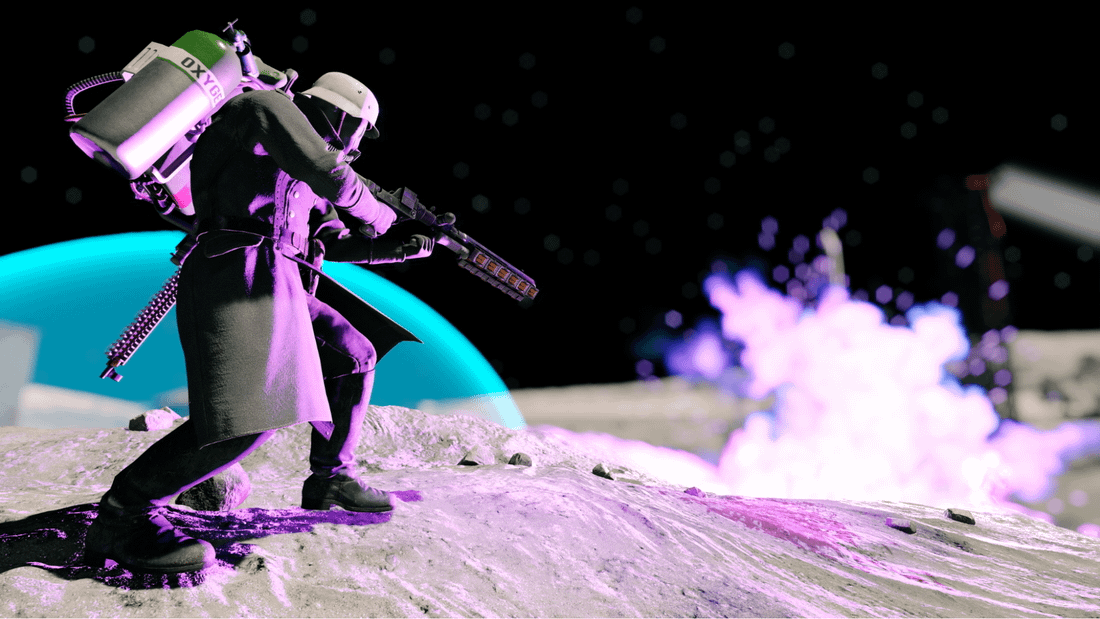 The pinnacle of destructive power! Fires a large plasma blast held back by a magnetic field that explodes on contact with any target or surface. This can be used to break the integrity of a magnetic bottle, but in this case the plasma burst will be even more destructive.

imperial March plays in the background

hmm either i smell 1. april in the air or quite interesting idea, hope there will be ZH-29 for italian space marines

bah this is so unrealistic, like they would use wool gloves on the moon pffft

bah this is so unrealistic, like they would use wool gloves on the moon pffft

If I have to choose between moon gloves and no gloves, I’ll choose gloves.

Thank you so much, you fixed Normandy too latest update too, now just tail gunners need to be heard, this event is fun all the same, good job as usual

I have had a lot of paintence, and I spent a good majority of my time tempering people on reddit and such to the release of a new campaign. That your team just needed more time to get ironed out and ready for launch.

Do we have any update on when new Gen console players will be able to play?

The new campaign levels are bugged for me, and I cannot play in any event or update either.
I am sure I am not the only one who is feeling a little isolated and wondering when we will get to enjoy what everyone else is enjoying.

I have been at the forefront of helping promote this community and this game. But it is a little wearing knowing that not only can I not play the new stuff, but I cannot even join my PC friends for crossplay until this is sorted out.

Does your team have any ETA for when this will be fixed?

this event is actually fun, i recommend it.

it’s a bit weird, but it’s nice to have a break or have a laugh for a while from the main game

It always surprised me how much work the devs put for april fool joke in WarThunder.
And I’m happy to see this tradition continue in Enlisted.

Those are the best thing in the gaming industry right now. All AAA game company should take notice as only few keep this joke alive after all these years.

It is really fun little event.

What I however find the most hilarious is the fact, that even in such scenario we are still using bloody detpacks and MG 42s along with super advanced plasma weapons