I will skip the part where you made it unable to equip for tankers/pilots, at least compensate to people that bought it for their crews in silver. Now to the main point, why isn’t mkb in Moscow nerfed or put into AR category? My only explanation and hope is that this was a bug and not intentional nerf for such iconic axis weapon.

Either ruin both, or return the MP43 as it was

LOL, so many brainless toxic German mains.
No one asked for compensation when dev nerf PPSH, AVT, PTRD…
Only when nerfing Axis guns, has so many nonsense complain.

No, don’t.
At least let the Mkb exist if they don’t grow a brain and rebuff the MP43.

Cause it’s in a sniper squad, and ARs are assaulter only.

Nah, just reasonable people.
Basically everyone who isn’t an allied main disagrees with this nerf.

No one asked for compensation when dev nerf PPSH, AVT, PTRD…

Well, the soviets are incredibly strong, they needed nerfs.
And none of these nerfs were a big deal. PPSh only got a small reload nerf, and is still the most broken gun in the game.
AVT is best used with engies where the 1 magazine doesn’t matter.
PTRD I don’t remember them touching except for maybe 5mm of pen, which makes no difference, as the gun is borderline unusable and bugged to all hell anyway.

Only when nerfing Axis guns, has so many nonsense complain.

MAybe because they’re overall a much weaker faction? Think a little.

Wow, have you ever unlock AVT? How much do you understand about FG42–AVS FG42II–AVT? Only play Axis? Or actually, how many FG42 do you have?

ALL rifles have 2 magazines or 30 rounds, whichever is greater.
The AVT had an unfair extra magazine. When fg had extra magazines they were justly removed as well, have you forgotten?
I have a level 28 for the USSR in Berlin. 80%+ wins. “Axis Op.”

Yes. In Berlin and Moscow, they’re incredibly weak. They get worse everything aside from LMGs and those can’t carry a whole faction.

And this is also a valid point. There’s no reason to play the same faction 5 times so people just paly Normandy cause it’s the best one.

Well, what about FG42? 9-soldier FG squad? Available to lots of roles?

Basically equally as broken, though I would argue it’s worse in Berlin (which is relevant here, Normandy is a different story)
As, 1, PPSh has better cqc performance which matters more.
2) Way more players have it, as most axis players quit before getting the FG. And a gun that appears once every 20 or so matches is something I simply can’t call broken.

Me too, I have 40% winrate difference in Berlin. And I saw those who never played Axis said: if you lose as Axis you must have a skill issue. Lmao. Berlin is the only place that I saw real low-level unbalance: Mp3008 vs PPs42 and Panzer IV vs T-34 85. Many new players quit it before they even get MG34.

Didn’t you say that the Axis in Berlin was very strong? Except that 80%+ of all victories were for the Soviets.
The USSR absolutely dominates everything.

I am the one with full FG and Berlin Axis is such easy for me.

Really? Might I see a screenshot?
Cuase from how you’re talking, I expect yo uto never have played axis in your life.

Nah. Frustration. When you can’t do anything, bacause your weapons are way worse and you have no teammates, you just tend to say screw it, I’ll play soviets instead.

Also, this game’s balance only make sense when players are at same levels.

Which they never are. In Moscow, the common scenario is that allies has 2x as many players, and 3x as many high/mid level players.

Also, I, at near end level progression, only cares about those stronger enemies. Who cares those noobs/newbee when I am going to face full end game equipment’s enemy?

Don’t get what you’re saying there.
As axis, you’ll be playing against way more high levels then there are on your team, and in your team you’ll likely be alone, with the rest of your team struggling against even the low level players, which have 2x as good gear as them.
As allies, you’ll barely see those high level players. So 90% of battles will be botfarming.

Can I see your 85% win rate for the Axis in Normandy or Berlin? If this is such a beating?
I think not, but the man above showed 89% for the USSR in Berlin. I got 83% I think. 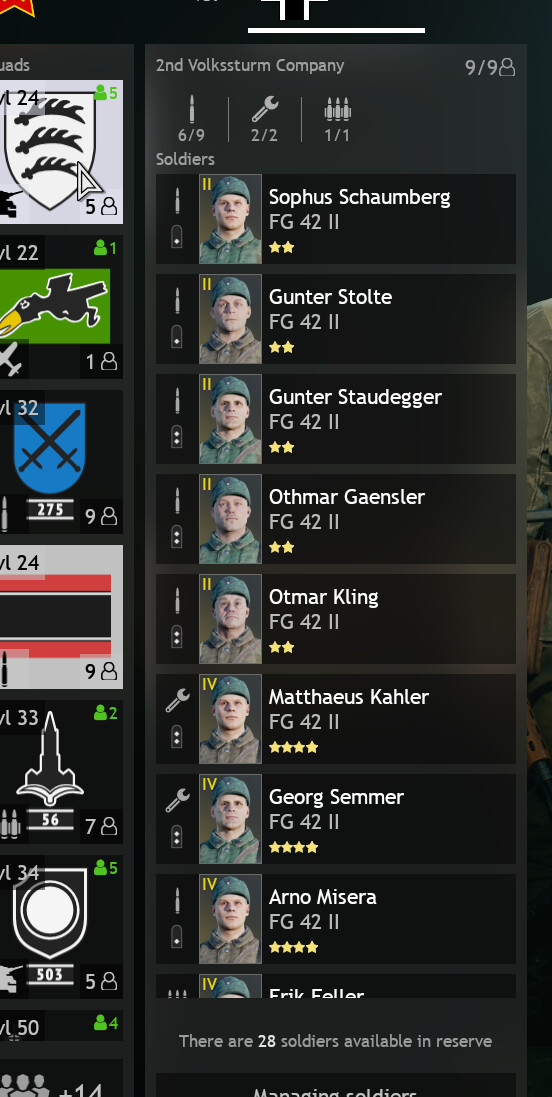 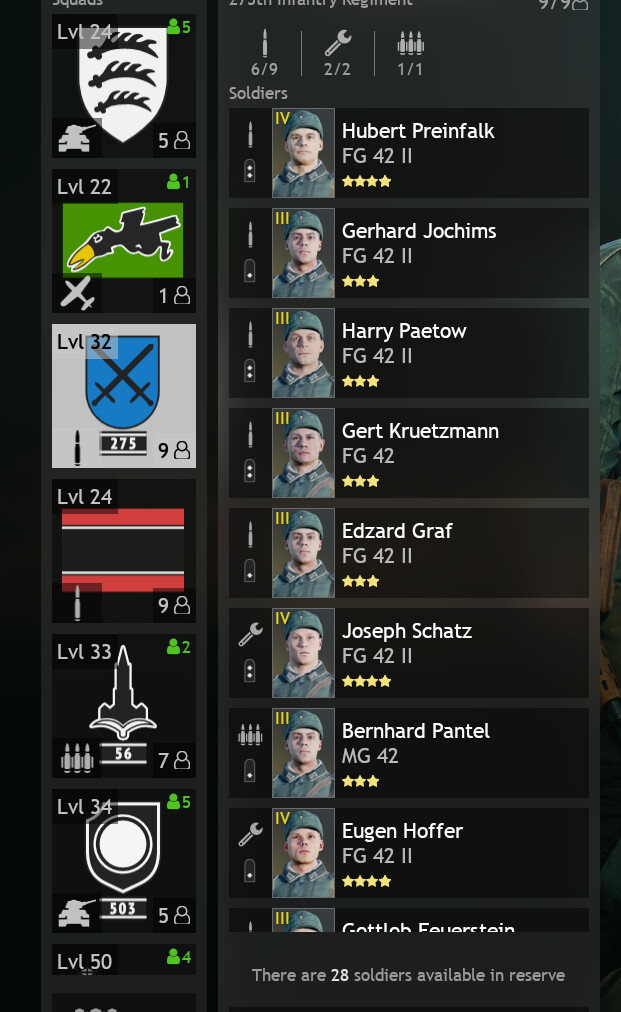 Cuase from how you’re talking, I expect yo uto never have played axis in your life. 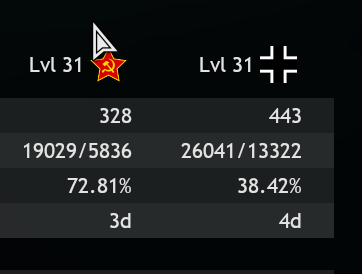 I use Axis as BP tasks tools. winrate not working here. But active play time works for me.
(So easy kills to spam some FG/MG or on Tiger)

As axis, you’ll be playing against way more high levels then there are on your team, and in your team you’ll likely be alone, with the rest of your team struggling against even the low level players, which have 2x as good gear as them.

I dont care win or lose, or even win’s XP bonus, if I can easily get 2x more scores than Soviet.

Can I see your 85% win rate for the Axis in Normandy or Berlin? If this is such a beating?

I dont play for winrate. I already passed the stage when KD/winrate matters.

Then you shouldn’t tell others how cool you are if you have nothing to prove.
Normandy is much better balanced than Berlin, even before this update. And now the US got a better machine gun (why not), got a good new tank. The Germans as a whole haven’t gotten much stronger.
Normandy is the only company where the Germans aren’t terrible.

So, where’s your account?
Have your leveled up in Axis? How many FGs do you get?

I got enough fg, but I prioritize playing with SMG. I have 3-4 times more kills with SMGs than with rifles.