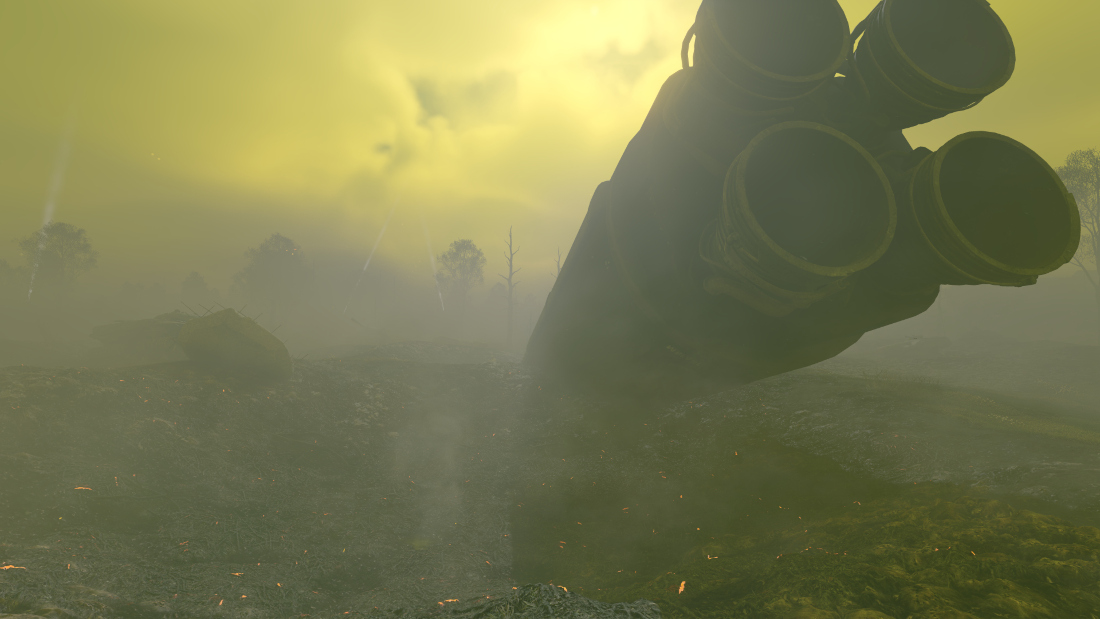 We continue to review the most interesting missions from our talented creators in Enlisted mods!

Thanks to the mod editor in the Burning Sky update, Enlisted has become an infinitely expandable game, and now you can create a unique mission or even a new location yourself, using thousands of environment objects from all of the game’s campaigns.

That’s how “fallout” is usually portrayed in sci-fi movies and games: acidic colors, sinister poisonous smoke and… ongoing war. That never changes, as you may know. 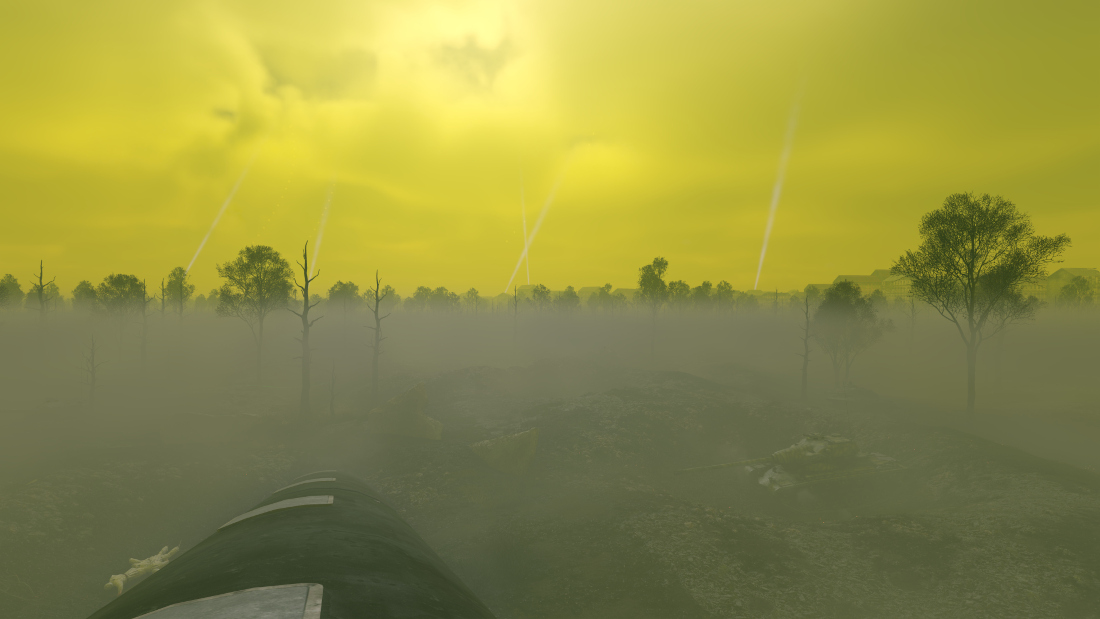 This mod is actually a visual rework of a similar mission set in World War I, but it’s really well done. Here you’ll find modern weapons and a battle for an unexploded ballistic missile. You’re going to see the enemy way after you hear them, and that has its own charm… that’s complemented by the “toxic atmosphere” of the map.

Another effective way to transform the familiar game location. New incarnation of Tunisia is almost completely covered with water, and the battles are for the remaining chunks of land. 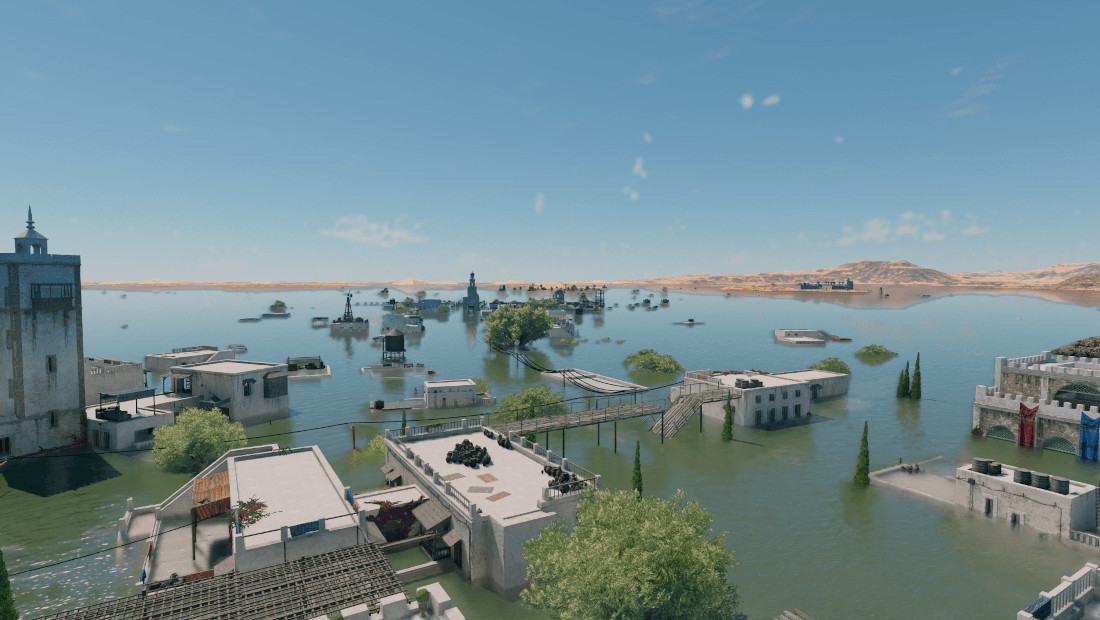 In this mode you have 5 points set in completely different corners of the huge map. Islands, the upper floors of flooded cities, oil derricks left above the water. Enough boats that the author has located around the respawn zone will help to get to the targets, but it is worth taking care about the construction of rallying points, to avoid being left without transport at some point. 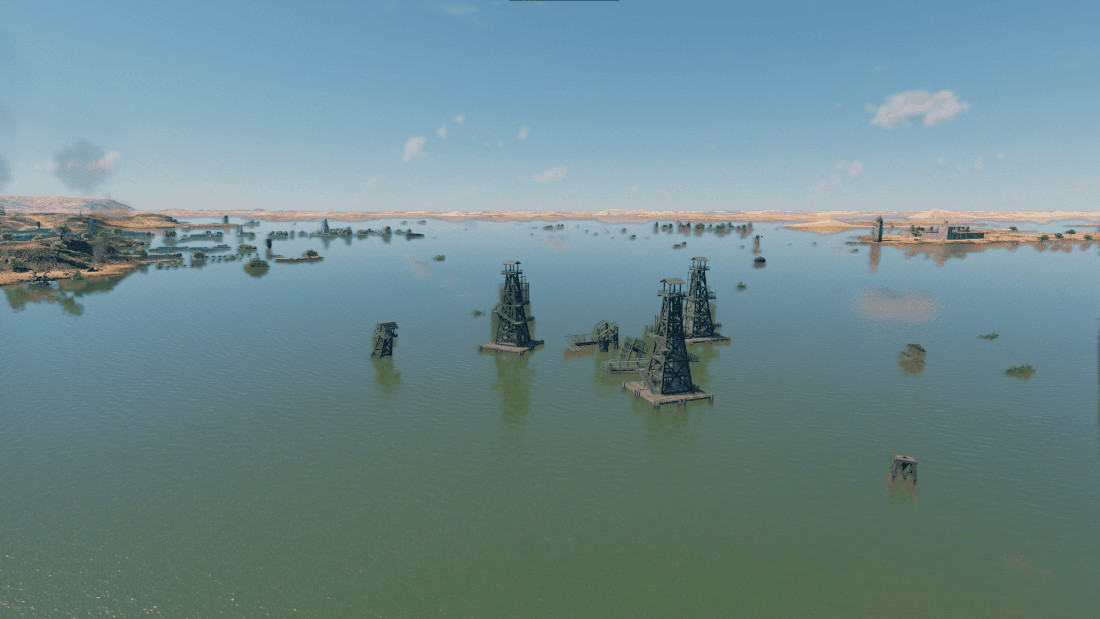 The mission is best suited for huge and very long battles.

BIG BATTLE OF VOLOKOLAMSK BY TOMMYZZM

A large and pretty classic battle near Moscow, the author of which we fully appreciate for the support of his creation and original solutions. 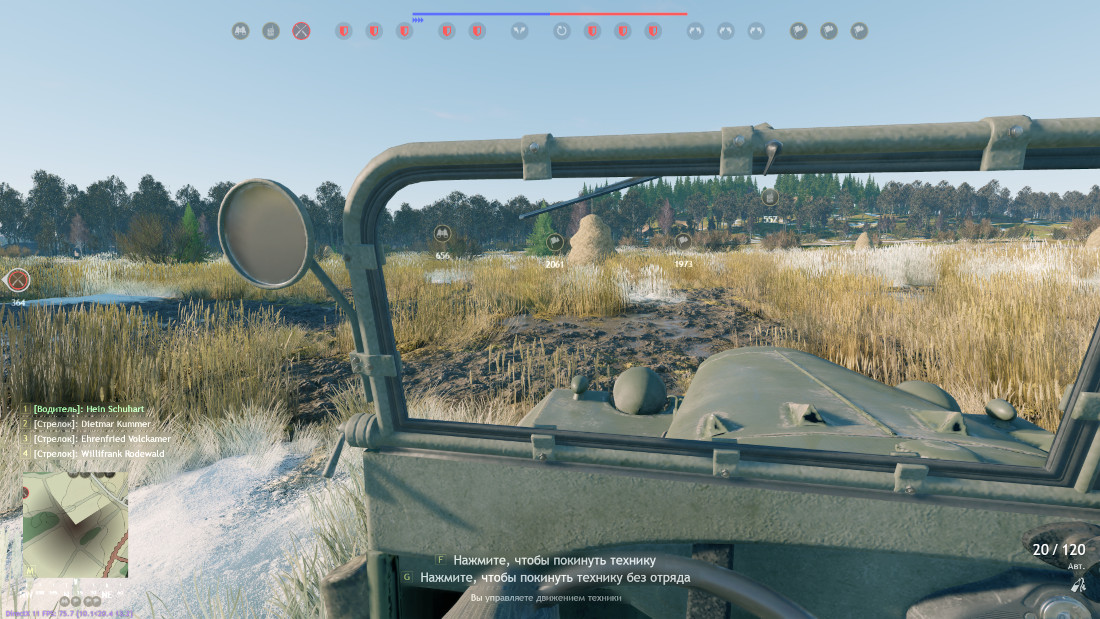 Here within one mission there is both capture points and destroying objects, opening battle zones, and the battle itself is built on a seamless map of the Battle for Moscow. Proper design and good balance.

Every one of you can create your own mission, as well as launch any mission from the portal. Here’s a quick reminder how to launch one of these multiplayer missions.

Now you only need to customize the options, and you’re good to go — your server is in the list. Tell your friends to come, wait for other players to join or play by yourself.

In squad battles mode server, you should integrate the posibilityto have modded maps. WE need New stuff in all campaigns. I would prefer “historic” maps, not fantasy ones. So when WE launch the squad battle mode, WE should have an option to have modded maps only and WE could play, New maps with our squads and bots.

Unfortunately, in the latest version of the author’s mod “Battle in the Clouds” broke. We will replace it in the digest within an hour.

Dammit. I just wanted to try it.

you should integrate the posibilityto have modded maps

Many of those maps represent things that could never be added, like fantastic scenarios, and don’t use tanks or planes (or both), because that’ll break the balance of the map.

And I don’t think most of those maps are as re-playable as those that we have in the game. Like, they are very good for the first 10 times, but ingame maps are being played again and again for thousands of times.

Very happy that my work was recommended, I just updated the latest version of Battle of Volokolamsk, v0.0.3.0, made some improvements and bug fixes, after a week of testing and debugging, I hope it is not broken.

I also wrote a brief description for the mission.

At this critical moment, the Germans still have a huge advantage, they can deploy a large number of tanks and aircraft, and can also call in more long-range artillery support and even 150mm heavy artillery. As winter approaches, the German logistical supply becomes more and more stretched, and the respawn score of the attacker will gradually decrease, -2.5 points per second (-2 point per second when reaching sector 6).

Damage to teammates is enabled in the game, please use your explosives carefully and correctly so as not to hurt teammates

Unfortunately, in the latest version of the author’s mod “Battle in the Clouds” broke

My mission is actually perfectly fine, it is just too ambitious for Enlisted servers: 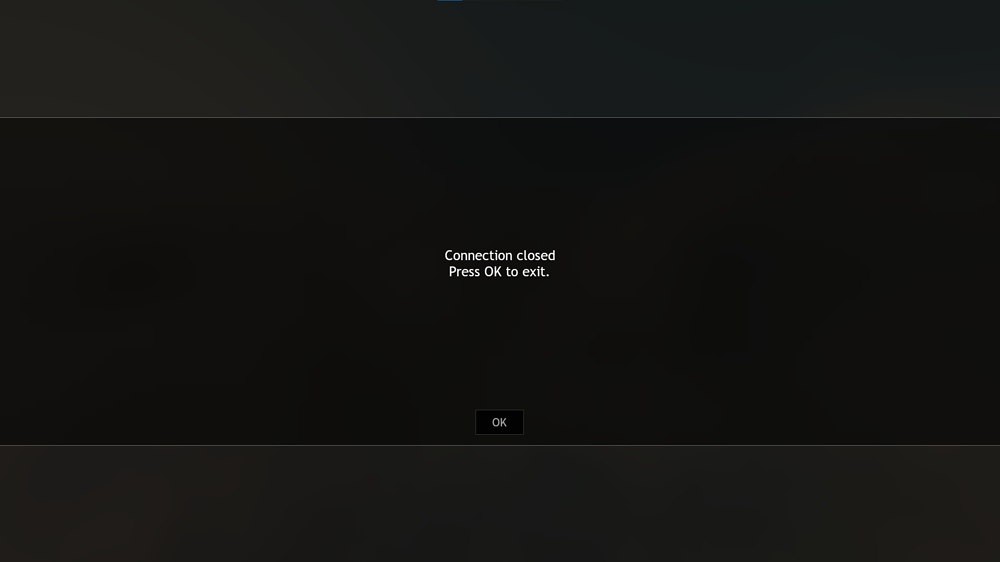 But i am happy anyway, thx for the recommendation!

Well I suggest you to replace your million of terrain patches with a few sand_pile_d terrain patches. First, it’s much more plain. Second, it’s bigger. Third, it looks more beautiful.

Hope that’ll help, as I really like the idea of your map.

I fixed mission that was going to be showcased, if anyone is interested: (Compromises had to be made in quality though):
(Proof): 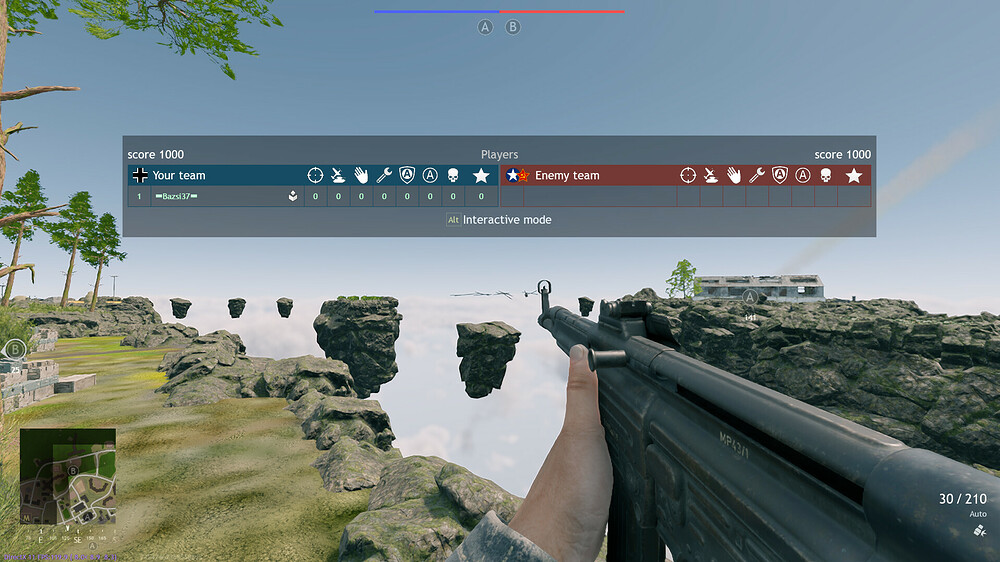 I fixed mission that was going to be showcased, if anyone is interested: (Compromises had to be made in quality though):
(Proof):

We will add you to the next digest )

Yoooo, they added the discord community into the game?