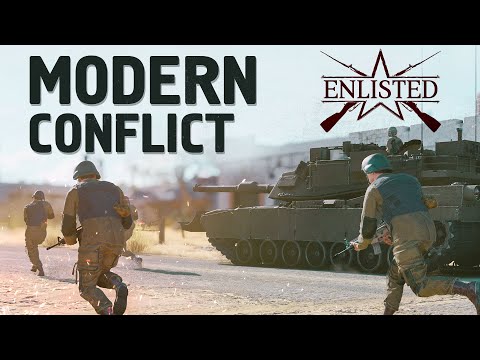 Commanders, we are pleased to present you with another direction in which the new mechanism of in-game “Events” will evolve: entertaining battles that can go beyond the battles of Enlisted that you know.

This time, you will find yourself in the times of modern military conflicts with the use of powerful weapons and advanced vehicles from our time. Welcome to the epicenter of “Modern conflict”! 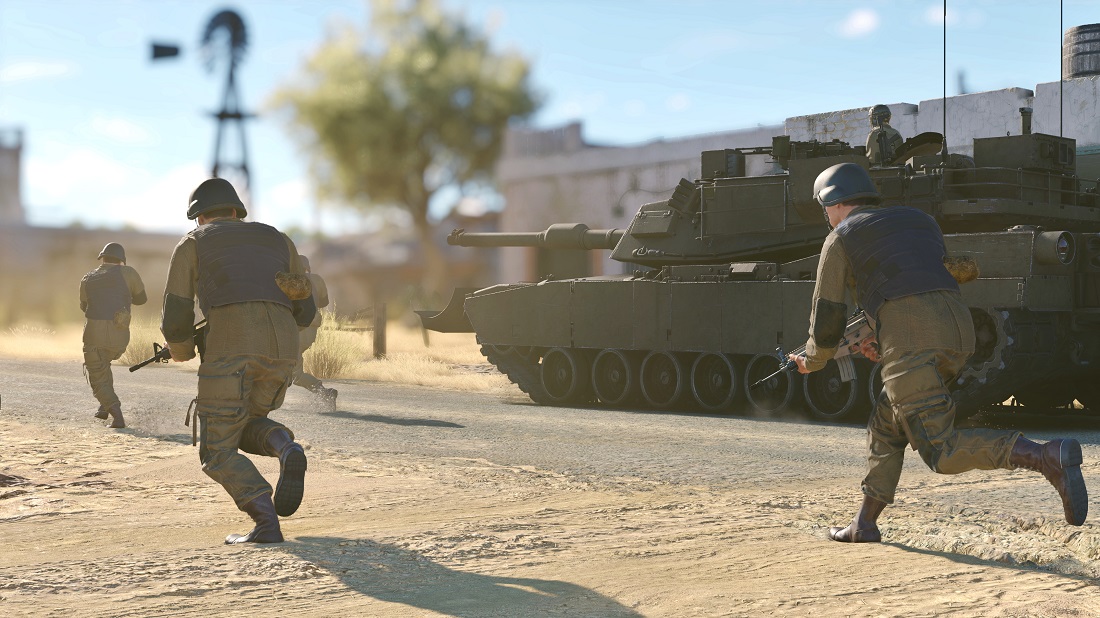 In this event, you will get pre-assembled assault and sniper squads under your command, as well as be able to engage in combat in modern armored vehicles.

Two of the most famous models of modern tank building, the M1A1 HC and the T-80U, cover the infantry with their powerful armor and can reduce the number of enemy troops in a single shelter to zero. The 120mm and 125mm high-explosive shells are extremely powerful - take advantage of that!

Dynamic battles await you in the familiar missions of the Battle of Tunisia Campaign. In addition to weapons, each squad has a pair of sapper shovels available for digging barriers and trenches.

This is an entertaining event with nice rewards for participation:

No experience points are awarded in this event.

Thank you. Interesting to see? May we know if the new battle pass ( this one ends in 20 days) will contain new campaing levels? That would be good to hear and would take some weights off my chest

Im afraid the developer team may be spreading too thin working on other projects and not focusing down the one we currently have that is still in beta. I’ll give it a shot however and try the event out

Oh wow, are you serious?
That sounds interesting and hopeful. I’d also like to see battles on subjects that western game makers don’t make, such as the Korean War and the Soviet-Afghan War.

This is a test run before the next modern campaign/game. Cant be anything else

expect they wont intermingle since theirs campaign set on time of year.

The problem is the conflict of interests when you have 2 distinctly separate playerbases.

as i had some notion that will be something to do with promotion on other game only thing i care is getting something out of it when playing that event. 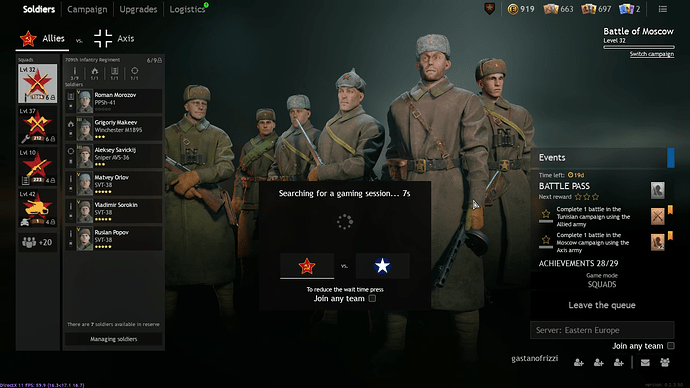 Just a little fun even

Just put Enlisted on Steam, increase the player base.
We need battles 30vs30 real users not bots.
The direction is the same as the one that took the warthunder, grind grind grind, it’s not good.
Something like Heroes and Generals or WWIIOnline is needed, big maps with lots of battles inside.
WT World war mode is a mess, you can do something better in the Enlisted.

Im afraid the developer team may be spreading too thin working on other projects and not focusing down the one we currently have that is still in beta. I’ll give it a shot however and try the event out

The creation of this event did not require any serious investment from us. We used the available resources very skillfully and made a fun mode.

Oh that will be fun

Obviously laying the groundwork for going beyond WW2. Maybe next year or the year after … WT had a modern sub event but have still yet to add them to the game.

Just enjoy the event … get some silver … no big wup