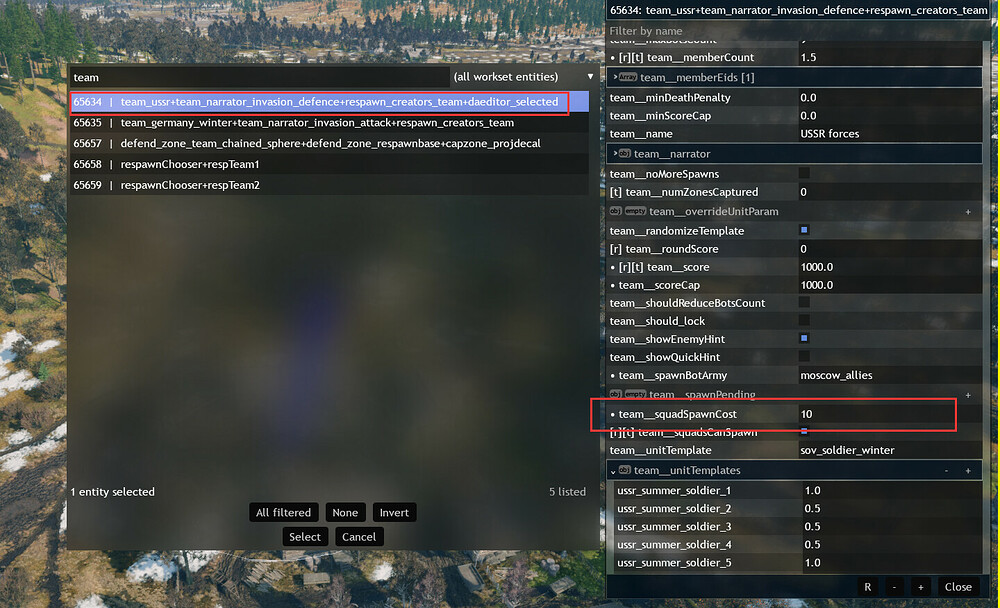 What I am curious about is that the default value of the attacker in the settings is 250, and the total score is 1000. Does this mean that the attacker can only respawn 4 times, which does not seem to match the game.

When I change this cost value to 10 does it mean that each team can respawn 100 times, is this number of respawns for a single player or a team?

How to understand this option team_squadSpawnCosts?

Further possibilities are envisaged. Is it possible to add an obj-type table configuration in the future, allowing map editor users to set different respawn score costs for different types of vehicles or squad weapons? or even different value by conditions such as Suicide planes? (I m going to punish this unhistorical behavior in my made mission)

I’ve posted and seen a lot of suggestions for spawn points in the forums, and when I saw this option I thought it was all possible in the near future. such as

Make spawning vehicles cost us special points that are free, capped and automatically regenerate over time. [end of TL;DR] It’s basically a ripoff of a mechanic from the Planetside 2 (those blue points): [Zrzut ekranu (297)] With a difference that those points wouldn’t regenerate when you spawn in a vehicle, only when you play infantry (otherwise it doesn’t make sense). And it wouldn’t regenerate when you are in the squad spawn menu for >10s. It would change brainless vehicle spam into kin… 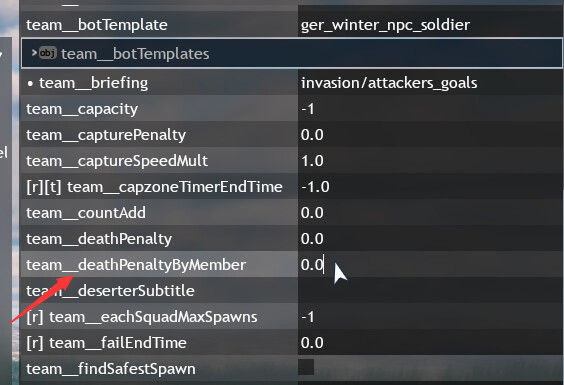 According to my experimental observations, the value displayed in the game is 1000 anyway, but the actual deducted points will be calculated according to the ratio in the above settings

The final result is approximately rounded