I would like to understand why Enlisted maps are limited as to the space (Very small) you can move around in. In general, the enemies will always come from the front, there is no way to create strategies to flank points, get behind enemy lines, etc.

I believe that if the map was not so limited in terms of moving vehicles and troops, Enlisted would become much more fun and strategic. A good example of maps that are cool and fun to play are Battlefield 2, Battlefield 3 and Warthunder style maps.

In my opinion, after you spend several hours playing Enlisted, the matches start to get repetitive. You will always stay in the same spots, build in the same positions, go to the same places with the tanks and attack or defend in the same directions. I can’t play a whole match of Enlisted anymore.

Large maps have been requested since forever but aside from vague promises, there was nothing done in this matter.
Unfortunately (personal opinon) devs seem to focus on CQC run & gun experience.

we got custom mods, there are big maps

Custom matches are not ranked

This is the same issue other games like HLL and PostScriptum are having… A larger map creates a problem of force concentration a the point of contact - the old “everyone flanks” paradigm, which degenerates into small squads playing peekaboo with each other across the realestate. It also increases the incidence of cheating be it through terrain manipulation or other means.
The insertion of APCs and Trucks/Cars into the game tries to address this, but those are rarely used with any tactical context because the emphasis of the game is on combat, not sensible use of resources to conduct it. So you get the same vehicle suicide runs to establish deep spawns and then step up the spawn, zerg, die, respawn cycle that is so prevalent in these games.

When the population density of actual players becomes high enough, then it tends to balance itself out. Enough players pile onto the objectives, and the remainder maintain some reasonable sense of flank protection, where these rushes are generally punished, and a more methodical approach is imposed on the enemy.

If they address infantry encumbrance and movement speeds across different terrain types you might see a valid use case for larger maps because reliance on transport vehicles might be a way to balance out some of the maneouvre vs sufficient concentration of players on the objective paradigm.

“Each new battle is unique”. As always, Enlisted mod players strive to make your battles even more interesting and dynamic. Thanks to the high quality Moscow 4km map provided to us by the developers of Enlisted, I made this huge Moscow map mission based on it https://enlisted-sandbox.gaijin.net/post/lIXaTtfV9x0bZT61/ （version 2022.7.10 v0.0.3.2） Thank you all, especially to the players who tested this mission, thank you for your participation and suggestions Features introduction overview: … 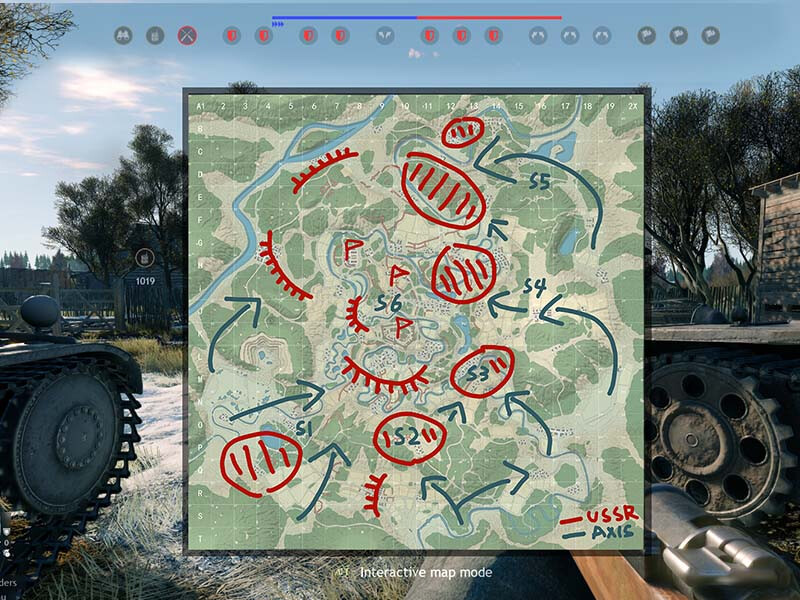 At this critical moment, the Germans still have a huge advantage, they can deploy a large number of tanks and aircraft, and can also call in more long-range artillery support and even 150mm heavy artillery. As winter approaches, the German logistical supply becomes more and more stretched, and the respawn score of the attacker will gradually decrease.

Welcome everyone to try and play, looking forward to players’ suggestions~

I would love to see a mix of larger, smaller, and medium sized maps in this game. Verity is good sometimes.

this thread needs to be resurrected, because this is exactly what’s missing in the game