IL 2 being as agile as an Fighter come on

I know its an Attack plane which fits two rolls but come on.
I have an 4 star fully agile BF Fighter that has problem to outurn an IL-2 that can tank tons of shots. If that thing is as armored as presented it shouldnt turn almost as fast as an Fighter plane that is made of paper. Especially with all that armament asw it carries.
Idk how many times ive peppered an IL2 which is lvl 7 with my Lvl15 Fighter plane to its tail and wings so it start smooking and still it can perform turns like presented here.

I mean doesnt make sense that first Russia starts off with an Biplane that has twice the guns as the german variant with rockets to add then comes in with an IL-2 that just sneeze on almost every plane to almost instantly critical hit them with their 20mm that they also have plenty of.
We should think of what were presenting here since to me it make no sense balance wise since i cant see any good reason even on the ground to measure this one up early on

To add: Sure ive killed a lot of planes with this fine BF and its powerful. But an Lvl7 that only cost 1 silver to get upgrade parts to add that both can tank a lot, have a lot of armament and perform like an fighter is just pure bs to me. I cant head to head against this thing cause of larger risks involved and cant barely out turn it. And on top of this the damn IL can even agile perform when almost standing still to add like its hard to stall the thing so tailing it takes a lot of figgeting.
And if i try to outrun it with lift it still can be on my tail and couple of scratches and im done… 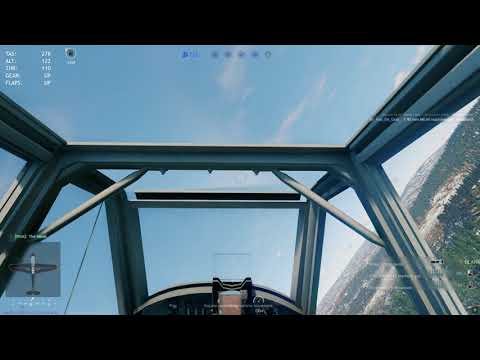 use combat flaps my guy

Are you using flaps?

Anyway, fight it vertically, not horizontally. Do vertical loops.

do you turn with mouse or WASD?

If it’s on your 6 you have a hard time, but it’s not due to the plane, it’s due to mouse aiming that makes it extremely easy even for flying bricks to aim accurately.

The idea is that, in general, you should use your speed advantage to PREVENT Sturmoviks from getting on your tail, by zooming up vertical where they can’t follow, unless they just accumulated extra speed in a dive.

Its not that im killing them at the sky which i do plenty. But im angry that a plane like that can perform like an fighter with all that armor and weapons (even if its hurt) as it can perform agile while almost standing still not even stalling while my plane that is lighter struggle with that

That’s the magic of mouse aim 4 U.

I used to play with joystick, but eventually gave up. Wobbly FMs make most planes unusable unless by the magic of fly-by-wire pointer.

its just some small optimizations that you can do here

dont pump the flaps, just use them at all times in this scenario, only sometimes changing them to takeoff when you want an extra turn boost.

and turn more agressivly, the bf 109 can keep itself up in a full 90 degrees on combat flaps

No if i use the combat flaps all the time during the turn i will loose energy and that guy would have got me…ive tried that before. But yeah these turns wasnt as good as i could have done em but its dangerous to cause of the trees…Im thinking of trying to speed down how ever perhaps if opportunity arrives so the turn might go thru faster but that takes for the IL to be missing the tail so to speak

i will loose energy and that guy would have got me

the slower you go the better is your turnrate (until you stall ofcourse, you have to find a balance).

raise the flaps and gain some altitude (just a couple hundred maybe), you can afford to do that with the IL

Gaining alt will get me killed to ive tried that asw but yeah thinking about dropping speed when i can but not if hes on my tail aggressively but if he misses on an turn and i get a gap sure…:But i did that here though to cut the turn even more

Gaining alt will get me killed to ive tried that asw

well it shouldnt against an IL. the bf should have enough engine power to turn while climbing and still outpace the flying brick

Yeah in theory but in game nah…Its weird ik. I remember once i outsmarted one so he flied away from me. Then i saw an opening to get away (since i had no ammo after peppered him with all i got) and gained full speed with slight climbing…That bastard turned around, catched up to me and shot me in the ass ^^

honestly have no idea what to tell you. i have never had this problem myself

watching the video you might be going to fast? going down to 250 by just having the combat flaps on, might have given you the turnrate you needed

Its not that i have a problem to kill them, its the performance that they bring that is my problem. But yeah i will experiment with lowering the speed since it on second thoughts will help the turning a bit. But not when hes aggressively on my tail for sure ^^

I’ll tell you what flaps do in real life. They change the angle of attack of the wing which allows the aircraft to fly at slower speeds without stalling at slower speeds. So essentially flaps = increased drag and increased lift.

already knew that but thnx anyways