Bettys Are Way To Easy To kill

In the Pacific, the Betty Bombers are crazy easy to kill, especially compared to the Allied equivalents, as you can see below, I shot down 15 of them in one match, and while I was damaged, it was not critical by any means. The Gun I used mostly to do this was the 7.62 (Should be labeled 303 by the way.), as the 20 mm runs out fast in the boomerang.

The Allied 7.62 has sown its self of late to be way over modeled in terms of effectiveness, not just in the pacific, but also in the Tunisian campaign, since it was apparently silently Buffed.

Another thing the Bettys had a freakign 20 mm Type 99 MK I tail gun, yet I can get very close with the Boomerang and not worry to much about being hurt, A ki 61 on the other hand is lucky to get away alive after just a couple bombers are taken out.

Some of this is of course Highly subjective, I just find it far harder to shoot down the Allied Bombers in the Pacific than I do the Japanese bombers. 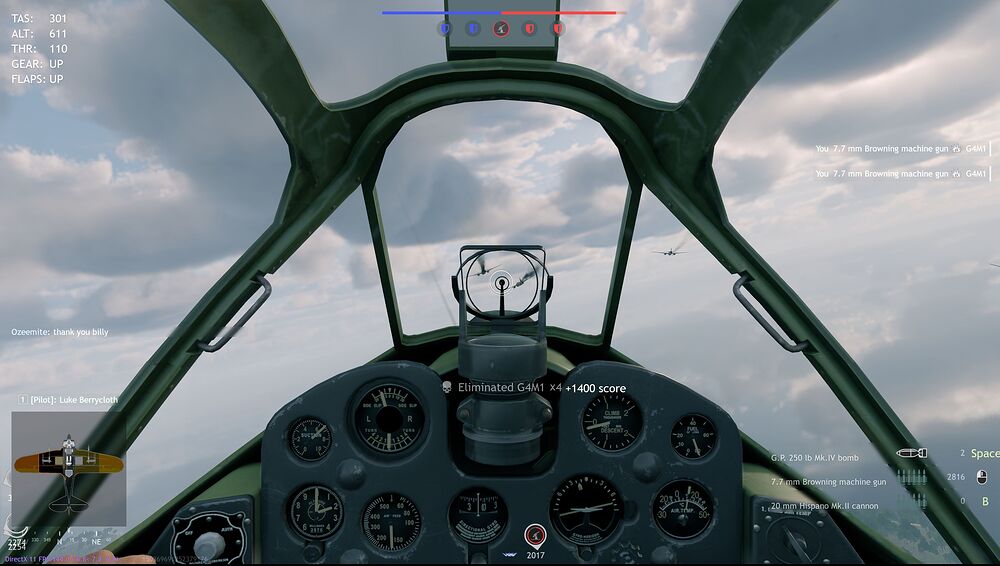 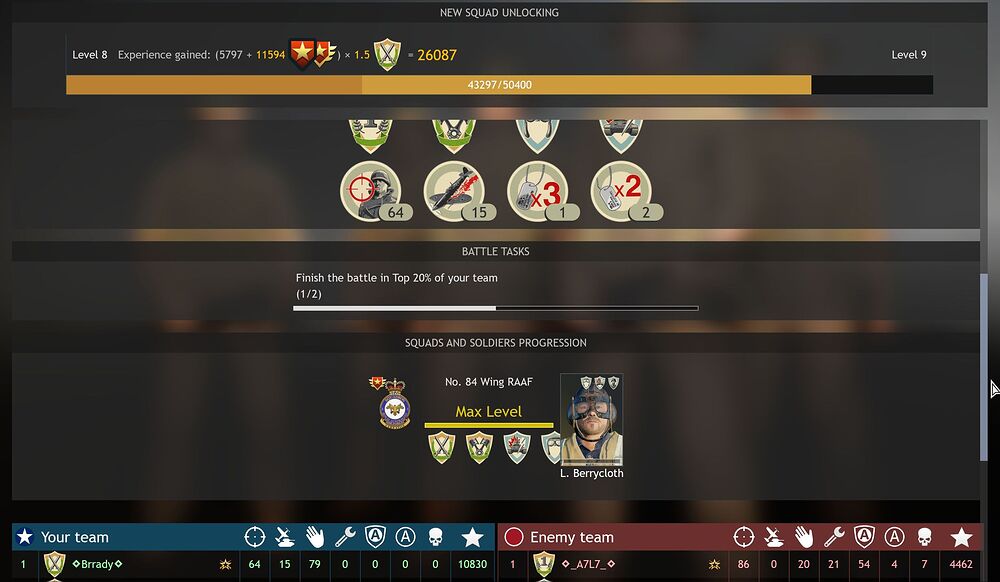 and on the flipside its impossible to shoot down the allied bombers with axis planes. Atleast i find it impossible.
They outrun every axis plane and while i was flying the Reisen 1st unloaded 1400 bullets into the back of the bomber and nothing.
Then, another bombing run was called, that time tried unloading all my bullets into the engines, and still nothing.
With the fp-3 i can shoot down all the axis planes in 1 go.

Ya, with the Ki 61 I can get one or two Allied Bombers, with the Zero I don’t even try usually, irl the Type 99 MK I was a hard hitter that the Zero had, but in game it doesn’t really feal that way.

i guess the ki has 12.7 mm gun, but do u aim for center mass or wings?
I usually just hit the bombers in center mass for the kills.
works out most of the time

The A-20s feel like they have the accuracy of the old Stalingrad bombers pre-nerf, where everyone quickly found out trying to intercept them was totally pointless.

It’s very much hit and miss with all bombers.

Pacific axis is hardest campaign to kill airstrikes.
Not only pacific factor of starting on sea level, but also low level planes.

Few times i was able to shoot down planes with zero was by already flying way above bomber and diving on one to kill pilot.
Still was shredded by their rear gunners in seconds.

Meanwhile other campaign bombers sometimes don’t even shoot at You

The fabled “video of a screen” recording

Your best bet to shoot down bomber planes as pacific axis is to use AA. I have tried time and time again with my Zero, and had no luck no matter how much I unloaded onto them.