Battle Pass: The First Season of 2023 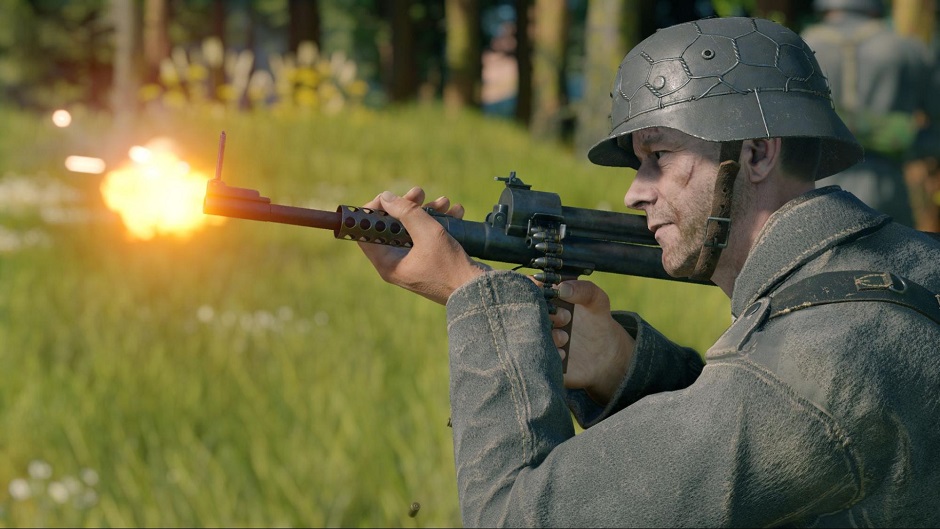 On the 18th of January, the new Enlisted Battle Pass season will begin. Take a look at the rewards, and also check out the wide list of improvements to the Battle Pass itself! 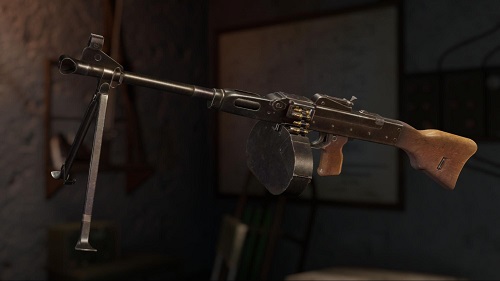 An experimental light machine gun with a belt-fed 7.62mm Tokarev cartridge. It was not mass produced due to the introduction of an intermediate 7.62x39mm cartridge, more suitable for long-range engagements. 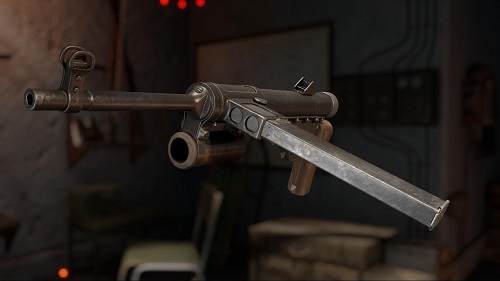 One of the prototype submachine guns designed by George Lanchester in an attempt to optimize the design of the German MP 28 for production in Britain. However, the competition in this regard was lost to the STEN. 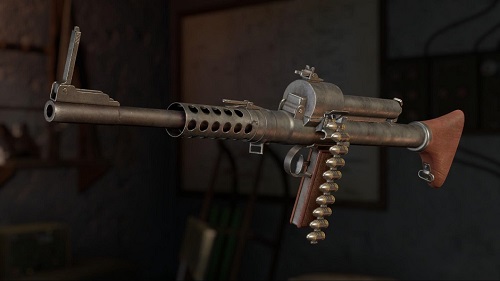 An experimental belt-fed submachine gun chambered in 9x19 Parabellum. It was developed as an independent undertaking by August Cönders, a munitions designer and engineer. Only one prototype was partially built. 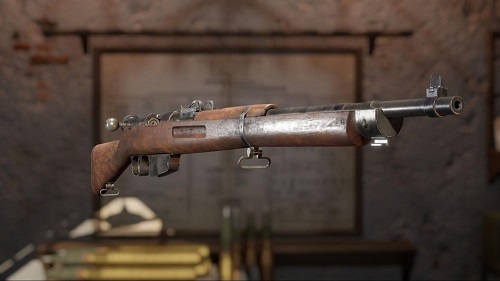 An Italian semi-automatic rifle designed in 1932 by Alfredo Scotti: the X in its name is a reference to the tenth anniversary of the Mussolini regime. The weapon fired from an open bolt, which is unusual for most rifles. 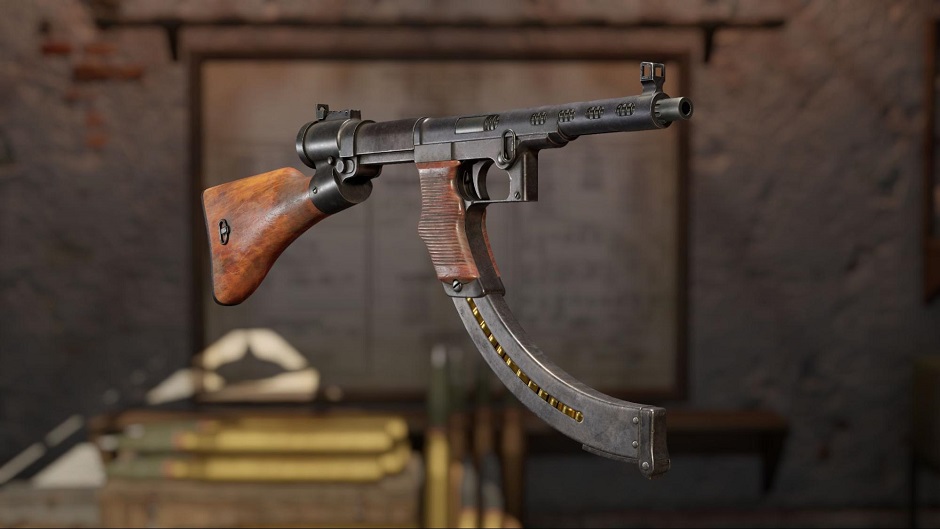 Prototype Type 1 submachine gun of 1930 used by the Japanese Marines during the capture of Shanghai. This version has modifications to the design of the pneumatic buffer, and additionally lacks a metal forend. 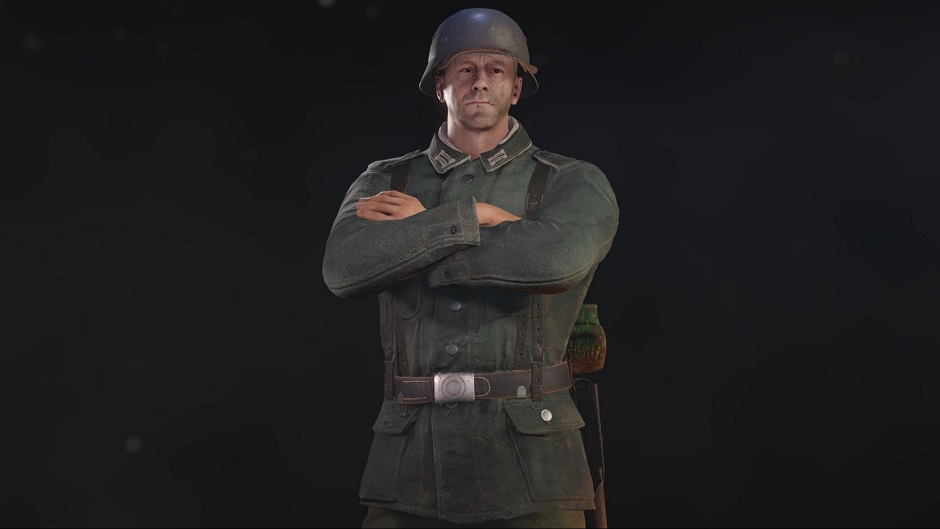 Among the season’s rewards you’ll also find 12 elite soldiers available for one gold order, 10 armored vehicles and aircraft with unique camouflages, and all sorts of orders, including an additional gold order for an elite soldier.

We’ve shortened the standard season length to 13 weeks, which is exactly 4 seasons a year. This makes it easier for you to stay up to date, and also able to win more awards throughout the year.

The Battle Pass is constantly expanding and improving — and we want to make each new season recognizable. We’ll start with a season icon, which will be visible on the season screens itself, on the game’s main screen, and in the profile menu — on the poster page.

In the future we plan to make unique titles and additional content, as well as giving Battle Pass items a special icon in the Logistics window so you won’t accidentally miss them.

Starting with this season, weapons from the previous season of the Battle Pass will continue to be available for purchase for a while from Logistics, instead of being made unavailable immediately.

REBALANCE OF THE RANK SYSTEM

Since you asked, we made the calculations. According to the results, 15-20% of players in battles have the rank of Marshal, and this indicates that it is too easy to reach such a prestigious rank.

As such, we reviewed the requirements. Now it will become noticeably easier to attain average ranks, the ranks above average — slightly easier, and from there it gets gradually harder towards Lieutenant Colonel and above, up to doubling the requirements for a Marshal rank.

SPEED UP THE GROWTH

To make things easier and optimize daily tasks in a very simple way. Tasks for Flame Troopers and Mortarmen have been removed, the complexity of most of the existing tasks have been simplified, and in addition there will be more clear tasks for victories and rifle kills.

Soon we will also tell you about an important improvement to Enlisted beyond the Battle Pass — stay tuned!

What happende to Japan Icon?

Or at least make them half-priced for the couple last days, or give more gold orders so that people can get them. 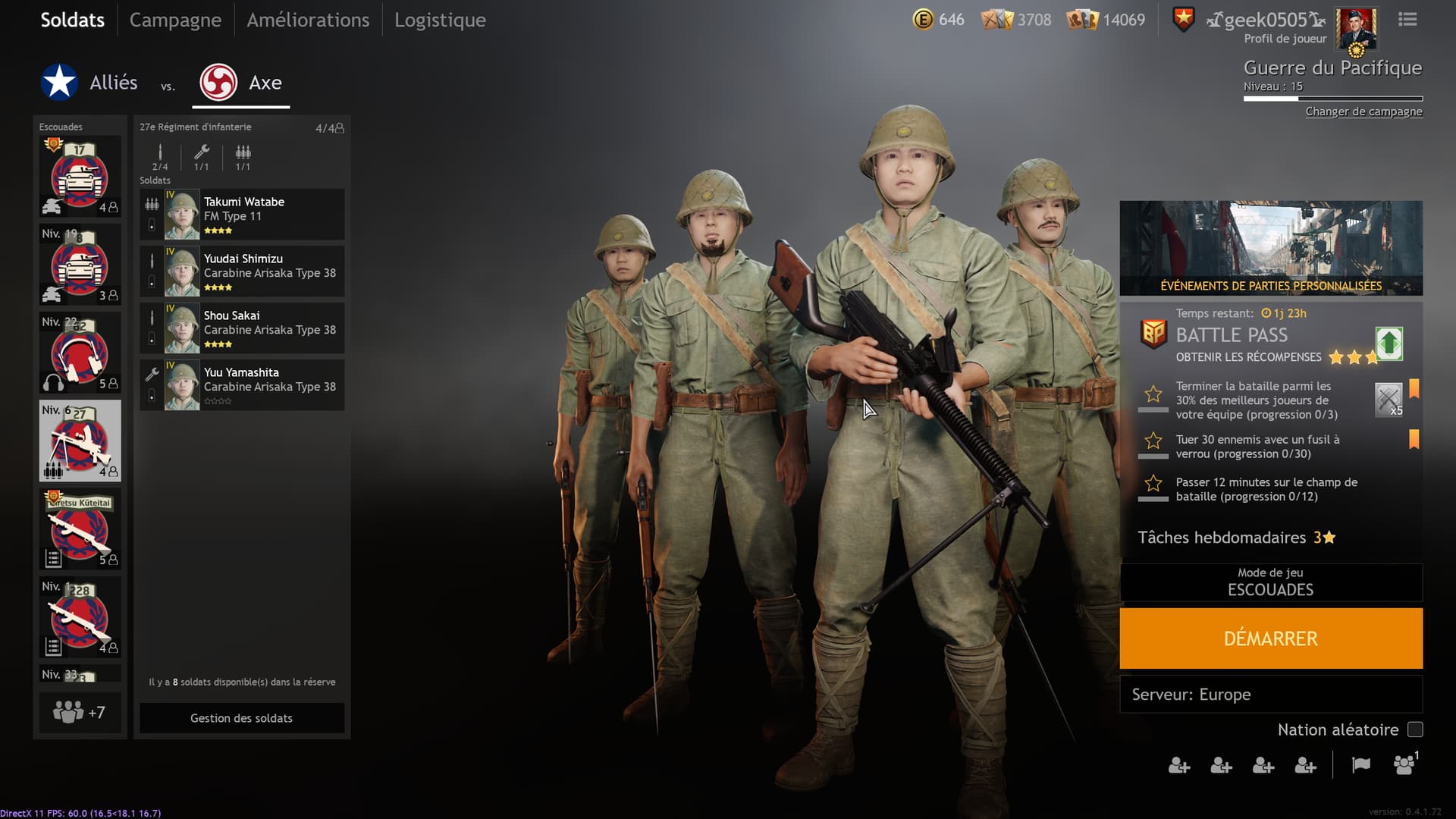 I’m sorry to said rude.
What I want to ask is that the Japanese icon of the Pacific Campaign has changed.
This used to be an ordinary Hinomaru before the update, but now it has changed into an unusual thing.

You’d better explain to me why the icon of the Japanese camp has changed like this? I felt offended. I thought it was a World War II game rather than a goddamn political propaganda machine!

If I don’t go back, I’d rather play Battlefield V

This mean some old gold order weapons can be bought in more numbers?

Like Gewehr 43 Kurz, being in 2 campaigns, have now limit 2 per campaign, 4 total?

Any news about the mod editor? Wait for blk loading and template sync functions

It’s coming to our New Year’s holiday here soon, I want to play mods during the holiday

In any case, please don’t break the feature working in the existing mod in the name of fixing bugs, otherwise we will be very sad.

To make things easier and optimize daily tasks in a very simple way. Tasks for Flame Troopers and Mortarmen have been removed

What about “kills with Artillery fire” task? Cooldown was increased and bots now smartly avoid AoE. Plus radioman airstrikes don’t count for this task. Makes too long to progress, re-roll to anything else will be a better option now.

this is actually funny.

for some reasons they changed the icon of the faction, but not the weapon with the flag: 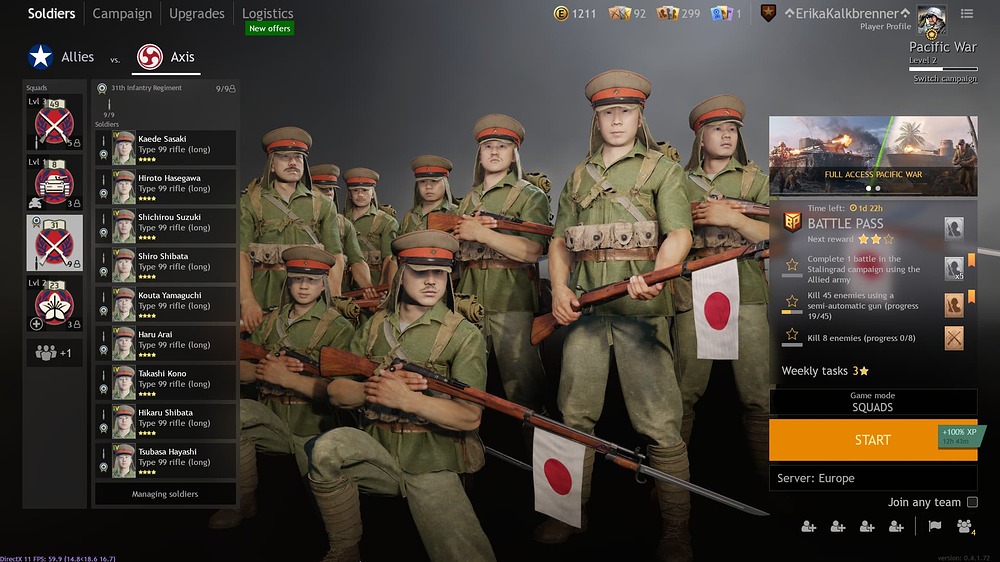 i’m sure it’s just a bug or unintentional. right?

Tell me it’s a bug

The Japanese symbol is the same for me 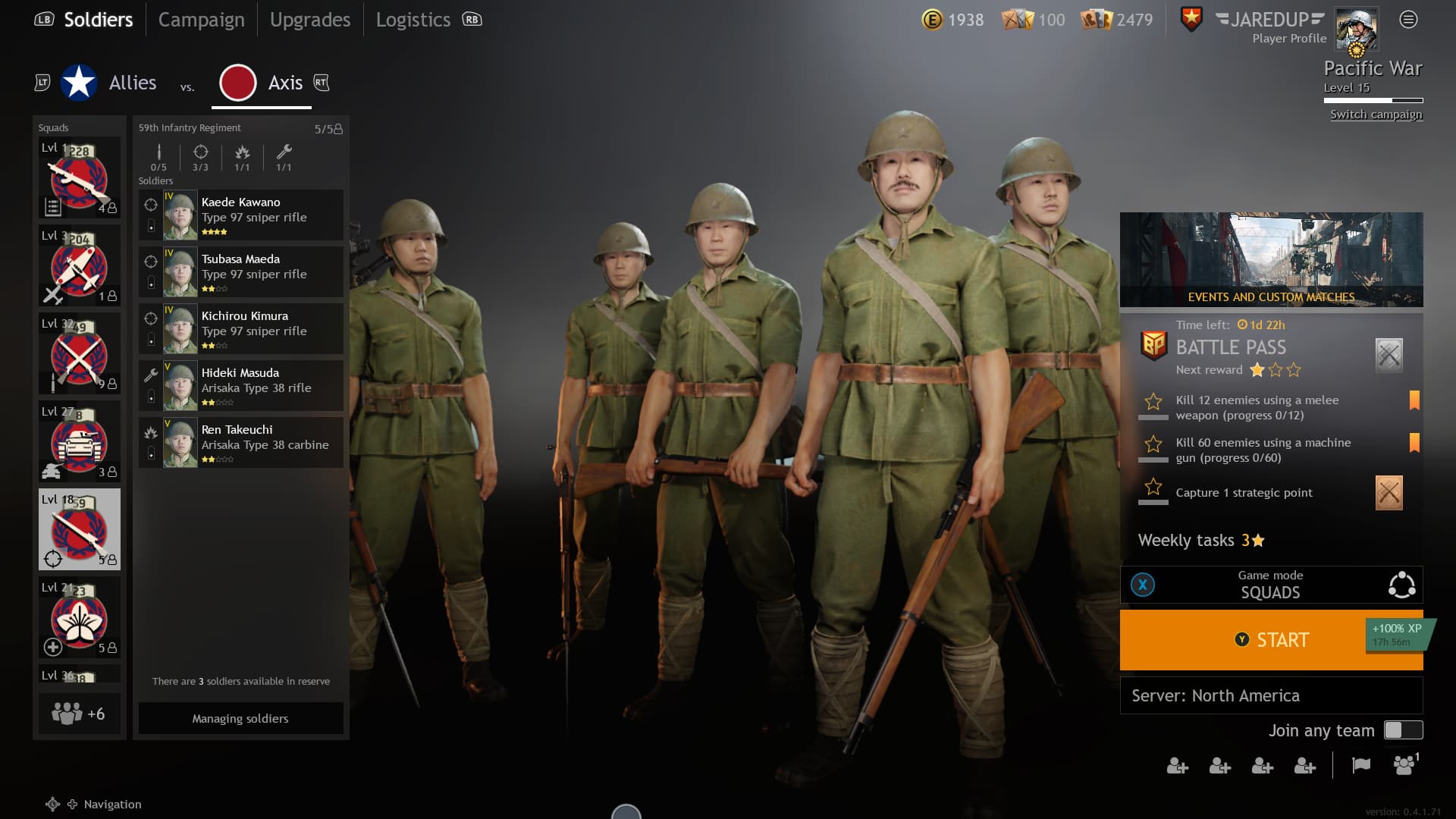 aannnyyyway,
regarding the topic,
sounds ok

for those who are curious:

so, here is the list of the new that have been added to the editor ( some of these might not get added to the base game though. meant, might not appear tomorrow ) just to make everyone be aware of what we might find tomorrow. in case someone can’t look etc. germ_pzkpfw_iv_ausf_f2_7th_regiment_10th_division_tunis [image] ( no. it looks similar to the premium pz IV G, but they are actually different. being a f2 varient, paint job lighter, and having less decorations than the prem ) germ_pzkp…

Have you found them? 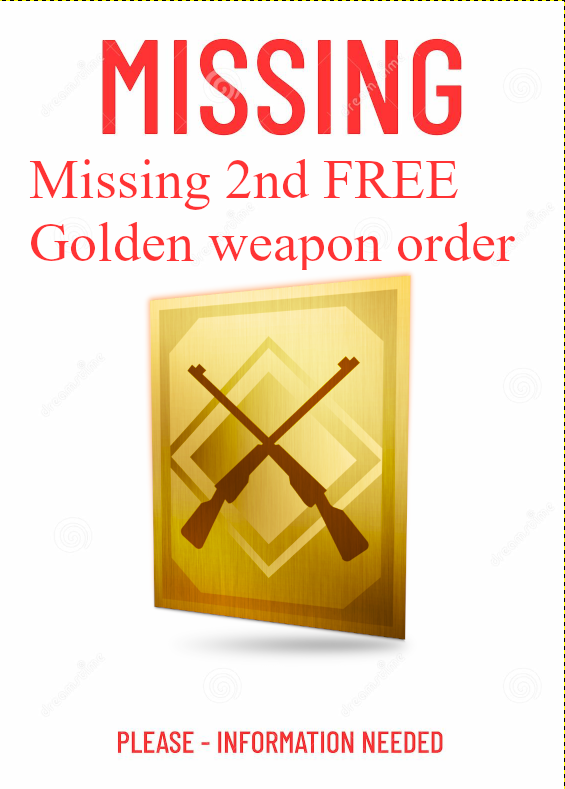 yeah its poorly formatted whatever

This is a harmonized version of the symbols for countries where there is such a law.

We released an update, but mixed up the original and harmonized images. Let’s fix it. Sorry.

thank you for the quick response

How did you do it? I want to know

How did you do it? I want to know