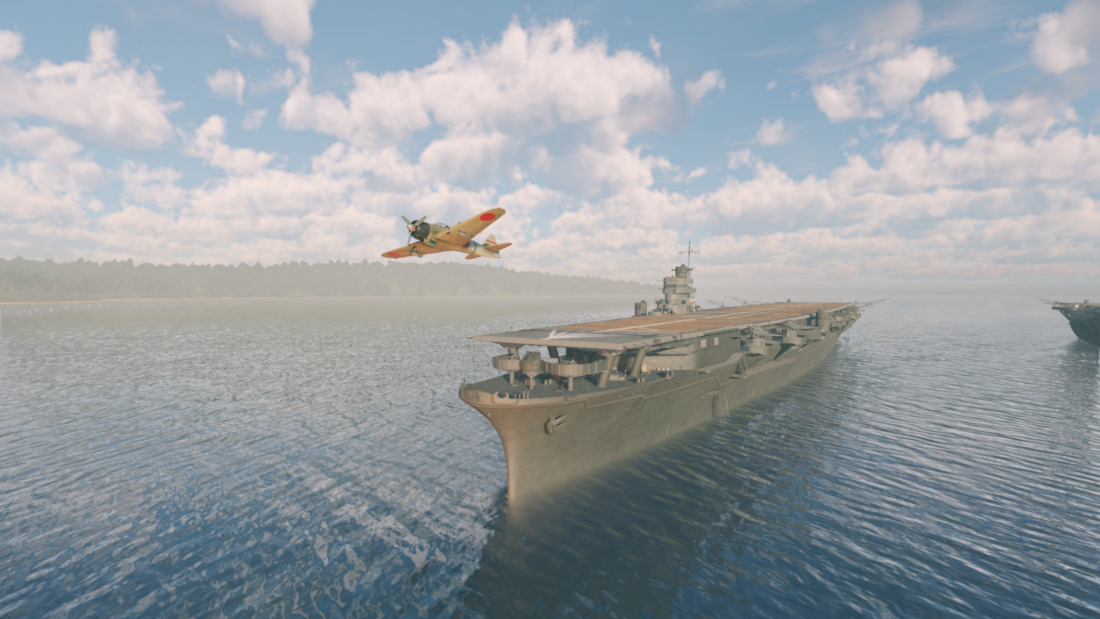 The war between the USA and Japan in the Pacific Theater was primarily fought with naval forces, which both countries were very proud of. Armadas of these Leviathans supported many marine landings, and among them are the heroes of this article. Aircraft carriers will be participating in the next campaign! 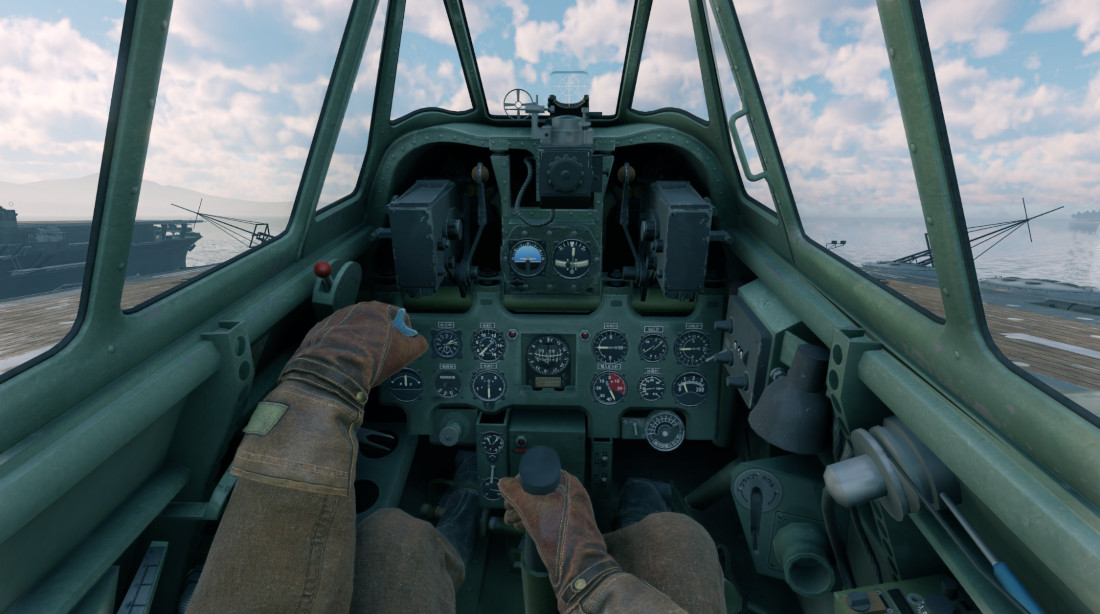 These ships will become the starting point for you, pilots: all Pacific air missions will begin on the decks of aircraft carriers. “Ready to take off” — and you’ll be catapulted off the deck at flying speed. 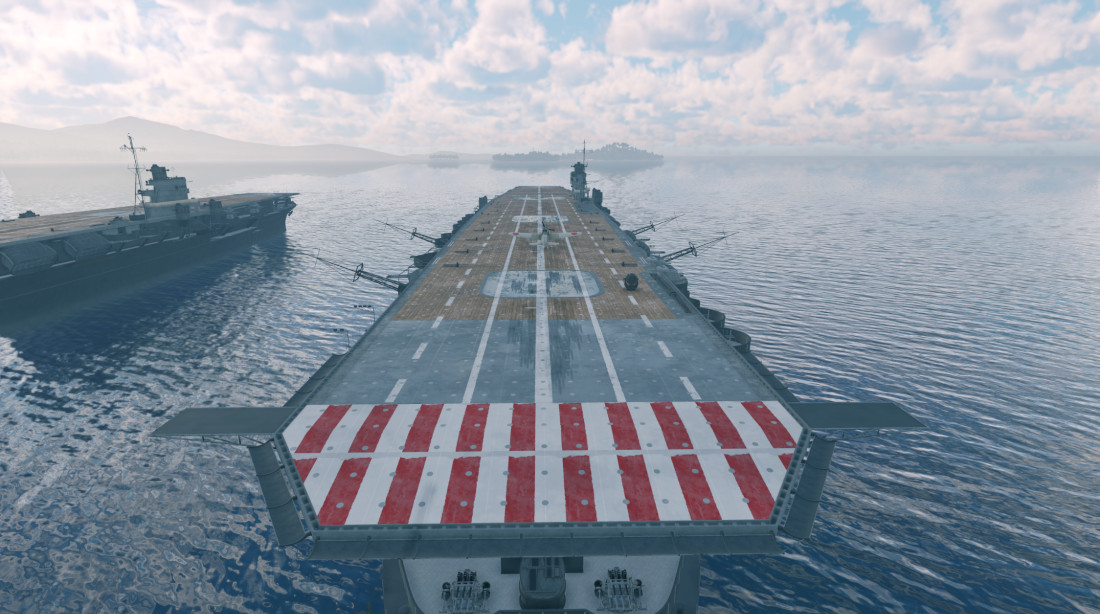 Both carriers will be waiting for their pilots to return to refill ammunition and repair any damage sustained in battle. Pilots have been dreaming about this for a while.

No one will dare chase and attack you near these ships: AA batteries of multiple calibers will deter anyone willing, and blow to shreds those who persist. 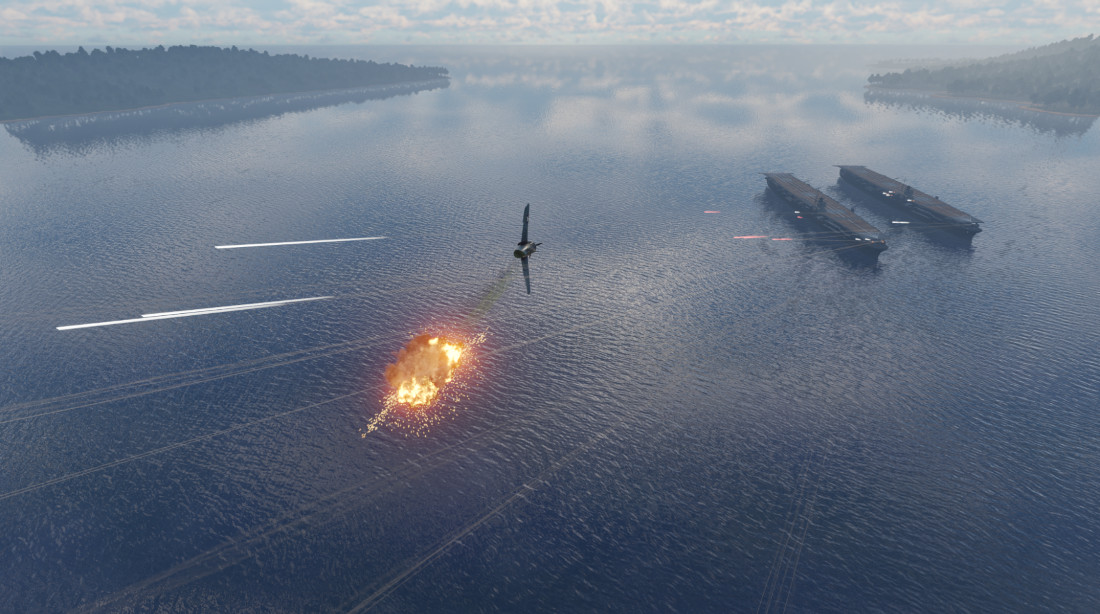 These impregnable fortresses can be seen from many points on the battlefield, reminding everyone of the incredible power that both countries wield!

‘Both carriers will be waiting for their pilots to return to refill ammunition and repair any damage sustained in battle. Pilots have been dreaming about this for a while’
yes!
btw, link to fourm on news page seems missing
edit: are those aircraft carriers sinkable?

No one will dare chase and attack you near these ships: AA batteries of multiple calibers will deter anyone willing, and blow to shreds those who persist.

Since that, Can you tell us how to use AI automatic/playable anti-aircraft guns in mod? thank you!
@1942786

Is there normal airfield?

Keo, can we make use of the player rating points? may be use them to exchange some orders or skins? many people already have 1000+ scores.

Ground forces POV:
“Great! CAS will be less powerful in the Pacific campaign!”

Pilots POV:
“This creates a LOT of ‘wasted’ time between each run, I’d probably just suicide run at this point. CAS will be almost useless for the match and grinding plane squads will take forever, multiple times.”

You can already do that, use auto turret code from the moon event, change animchar_res to whatever you want and change the gun type

Zuikaku and Enterprise, I Suppose. Lovely.

120mm HEAT-FS is the only ammo type to have proximity fuses right now, would be nice indeed to get more, actually wait, can you change ammo type params in the editor? Could add them to anything you want if its possible

What kind of ship is an American aircraft carrier? I’m curious!

can you change ammo type params in the editor

Can but no proximity fuse at all

I mean like going into the code of a specific shell(unless you meant that too), if it’s possible then proximity fuses can be added by tweaking the code

Yes. frankly, all process of landing repairing and supply is such a waste of time unless you have a huge penalty if you don’t land at designated position.

I mean sure, but it seems to encourage suicide bombing even more. Why go through all the trouble when you can crash and be done with it?

@1942786 are we going to have to psychically land on carrier or just fly over it and rearm? I hope all pilots are forced to land and if so, don’t budge on people complaing about it being to hard and change it

Does the aircraft carrier have a tail hook mechanism??

Remember you have to take off too, which filters a good chunk of players on Pacific maps in War Thunder.

If someone wants to come out of a battle with 30 deaths that’s on them.
Could’ve sworn the game just boots you after 10 deaths.